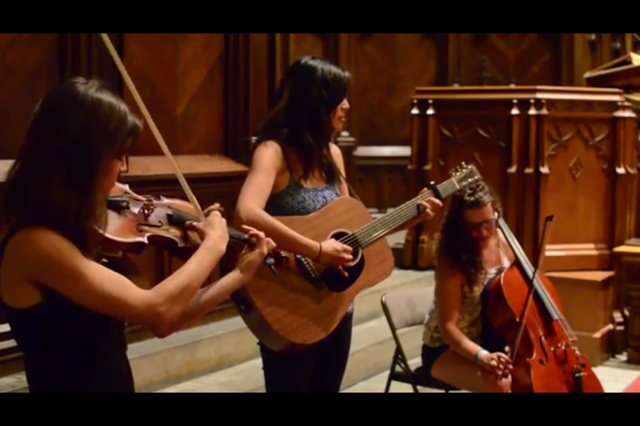 Sometimes we miss out on material that we stumble across later and are shocked as to how it was not on our radar before. See Applennium’s amazing track we discovered 7 months after it was initially released. Same goes to say for this next one. Back in September, orchestral folk group, Tiny Rhymes, released a live clip of the song “Arrow” filmed in Buffalo’s Unitarian Universalist Church. The lush instrumentation and layered harmonies recall San Fermin, and may give Buffalo an answer to fellow WNYer Mikaela Davis.

You can catch Tiny Rhymes at Mohawk Place this Friday, and in the mean time, watch the live performance of  “Arrows” below.