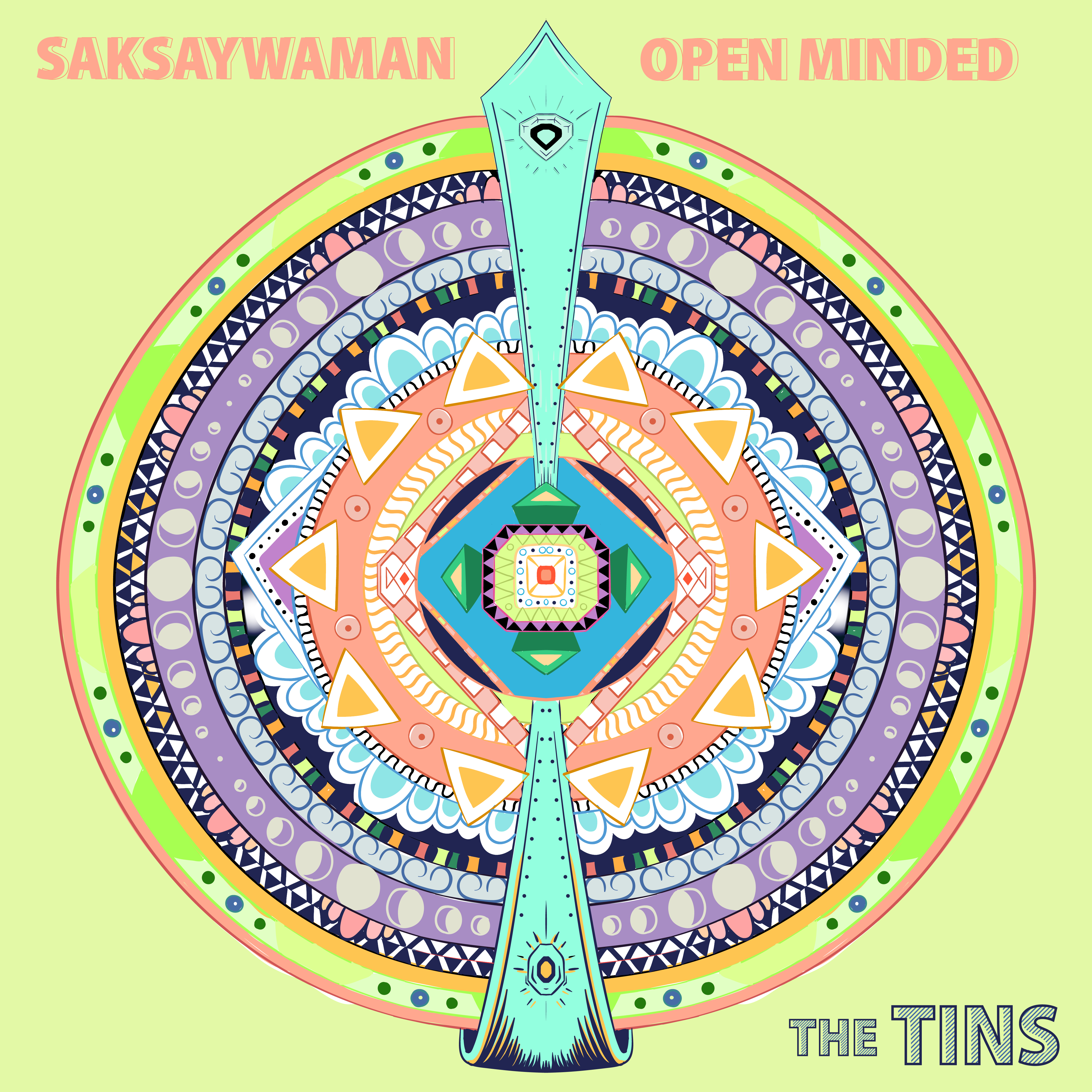 First impressions of “Saksaywaman” are that it’s a relaxed yet danceable track. The vocals of Adam Stanley and Michael Santillo are reminiscent of Bear Hands singer Dylan Rau, specifically in tone. However, The Tins have differentiated themselves while simultaneously adding to their genre. One of the most outstanding parts of “Saksaywaman” is the percussion. It’s so simple, but it provides such a necessary rhythm and accent to the song. The little clicks of the clavas compliment the hustle of the guitar’s melody.

As for “Open Minded,” it’s rare to encounter  a serious tone to follow the peppiness of its counterpart. While it’s not the heaviest of songs, the brightest notes of “Open Minded” don’t shine quite like the ones in “Saksaywaman.” By having “Open Minded” follow such an upbeat track, The Tins really force listeners to pay attention to its purpose. The track really speaks to a major concern taking place today: a lack of tolerance.

“You won’t get much from me, my friend, talking like you always know what’s best…you gotta know how to be kind.”

It seems that more and more lately, we see news pieces and videos depicting a degradation of progress that’s been built upon for decades. We’re reverting back to a time when the country was separated and especially accepting of such a notion. While not making a huge political statement with their track, The Tins do speak out with “Open Minded.” With a simple melody and straightforward lyrics, the group just reaffirms that divides don’t function. Having tolerance, listening to what others have to say, and communicating on a level that isn’t degrading within the conversation is a step toward overcoming differences.

Overall, The Tins has released a dual-sided single that encompasses positivity and progress, both in music and society. The Queen City has been producing some wicked groups over recent years, and The Tins are no exception.