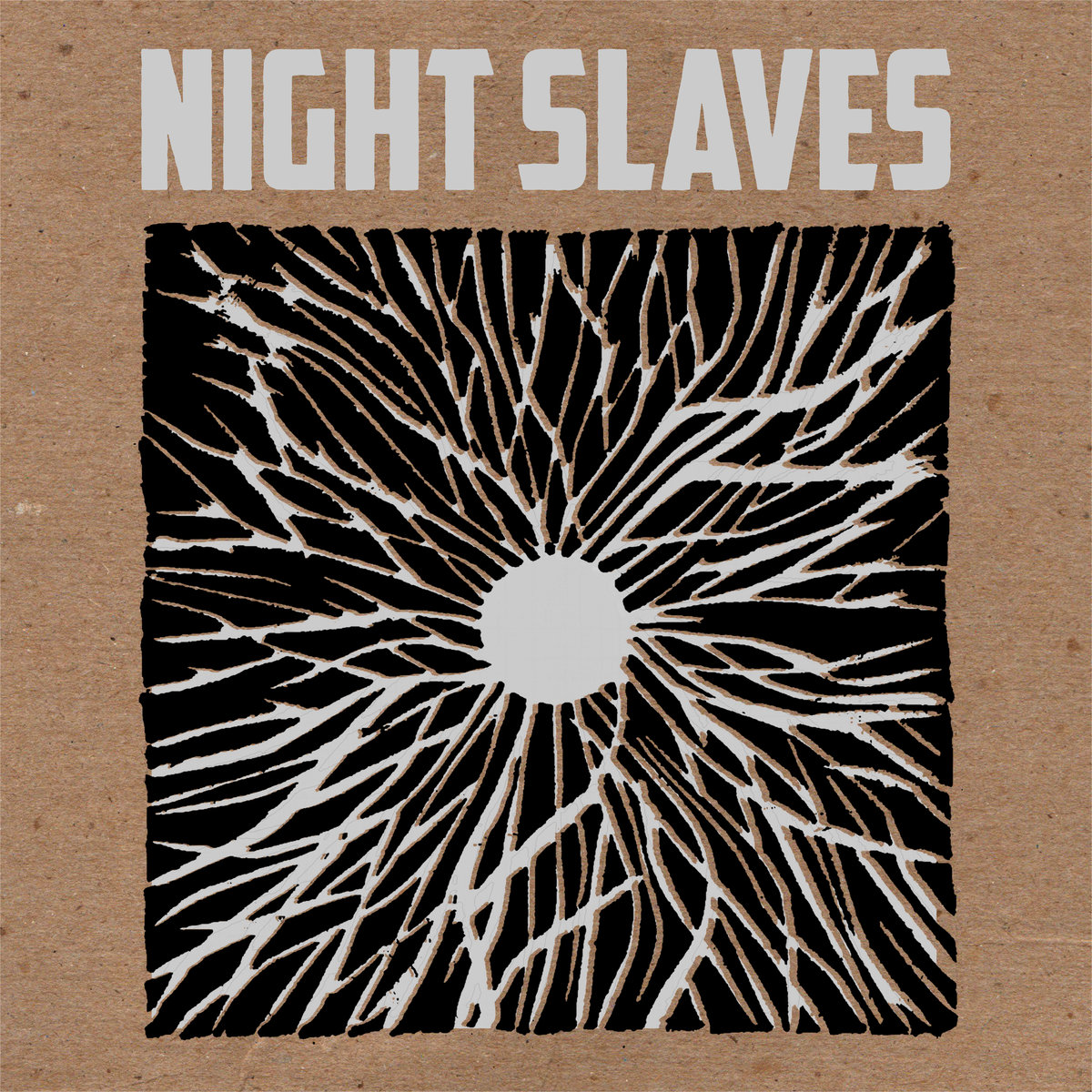 Local dark electronica duo Night Slaves have returned with a killer live show and sophomore full length album in Night Slaves III that brims with soaring ambition, darkness, and evil, genre defying grooves that lift it above the noise. From start to finish musical polymath David Kane astonishes on III, bending so much to his will to create varied backdrops for his cohort John Toohill to summon some serious mojo, channeling Bowie, Nick Cave, 90’s Michael Stipe and Paul Banks to impressive effect, while the incredible guest vocals from Lucy Bell throughout kind of echo in your soul like ye old fairy magic… if that fairy magic wore boots and kicked ass.

III crushes immediately with a bleak yet defiant drive through a post apocalyptic wasteland on “The Last Elephant” that grooves with menace and a Spectoresque wall of sound, layering haunting vocals among the droning guitars, loops, organ, etc to fill your ears. “Forgotten Ghosts” sounds like it’s Michael Stipe’s older goth brother’s art noise side project that spirals upward while holding in a mounting tension that never quite finds release, which is a bold and pleasing move that pays off in the cymbal crashing cathedral of sound of “The Swollen Mind” that also finds space for silence, John Toohill’s plaintive vocals and some intense piano chords that bring it to a “Day In The Life” kind of climax while linking up to the creepy, slightly freaky piano that anchors the descent into unwellness of “Mortuary’s Past” and the dark cabaret of “A Wall Behind the Wave.”

Night Slaves III definitely builds on itself continuously from song to song, changing up the previous song’s minimalism with some thundering maximalism and a big payoff on “Kings And Castaways” before subsuming itself on “Eyes of the Old” into otherworldly Tin Pan Alley, subverting what sounds like an old time tune to comment on the fact that older generations wrecking everything because they’re afraid of the young. “A War Upon the Name” smolders while layering some pleasing “Tubular Bells” vibes with grim noise and intonations, while the desolate “Broken Tools” feels like it’s channeling ancient shanties and British folk in part due to Lucy Bell’s haunting backing vocals that call to mind Grace Slick and Sandy Denny.

The album goes out in a blaze of funereal, almost orchestral glory on the achingly desperate hymn “Forgiveness,” one that almost flirts with going over the top before opting instead for a tastefully bleak fade-out that becomes one with nothingness, bringing the album to a satisfyingly bleak conclusion that feels like Night Slaves III has come full circle.