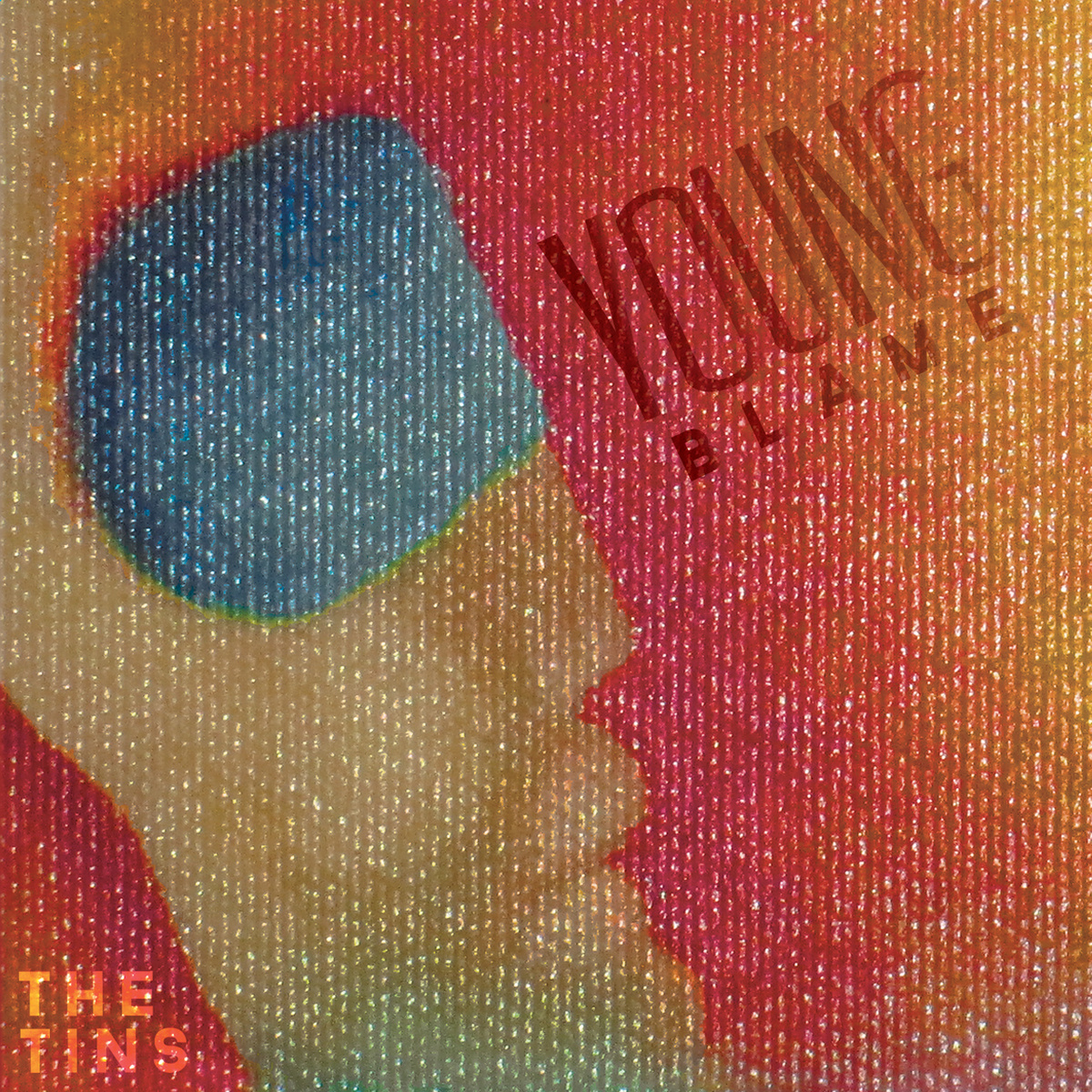 There is a fantastic moment right in the beginning of the Tins’ latest EP, Young Blame, where a synth kicks in and the chorus brings an immediate smile to your face. It is that often sought after moment where a new song hits you in just the right way. This is the follow up to The Tins debut LP, Life’s A Gas, and my own introduction to the band, and I honestly feel really bad about not hearing them until now because this is some really solid psych pop.

Young Blame opens with “Let it Go,” a slow building track leading into that earlier mentioned near perfect chorus. Those synths follow directly into the first single, “They Aren’t Evil,” an introspective song about diametric oppositions and always being somewhere between. “They Aren’t Evil” showcases vocalist Mike Santillo’s pleasant tenor (fun fact, Mike is also a real pleasant guy), a classic kind of pop rock voice that immediately signals affability and identification. It is the kind of voice that pulls you into a song, making it seem like a conversation with a good friend you run into now and then but who always knows what to say. The Tins could draw some easy comparisons to the Shins but they are working on more intricate terrain, crafting more dynamic indie pop. Songs like “They Aren’t Evil,” and “Let It Go,” are easy sing alongs, approaching the anthemic at each chorus.

The EP’s second half is slightly more melancholy after the more upbeat openers, but still maintains a certain, “tighten the corners of your mouth from an irrepressible smile,” effect. “If You Want to Navigate” slowly picks up from a searching verse about a relationship drifting away and the song turns into a parade. In it,  Santillo hints at apology but turns it back on its head apologizing only for the other person being sorry. Finally, “Sylvia, Before the End” is an epic conclusion, a mysterious almost western vibe, preparing for the final showdown. It is here that The Tins fully display their ability as songwriters and the potential for future work in this vein is exciting. The whole EP hints at the epic and this final song really delivers, in fact the whole EP delivers.

This is the type of record that I get more and more excited about as I write its review. Each song is just so infectious and Santillo’s vocals, along fellow singer Adam Putzer, are so fitting. It is a cliché to say that Buffalo has a wealth of great bands, but stuff like this really proves there are some great things coming out of this city. This is a band that should be big. Let’s hope their upcoming national tour really gets their name out there.