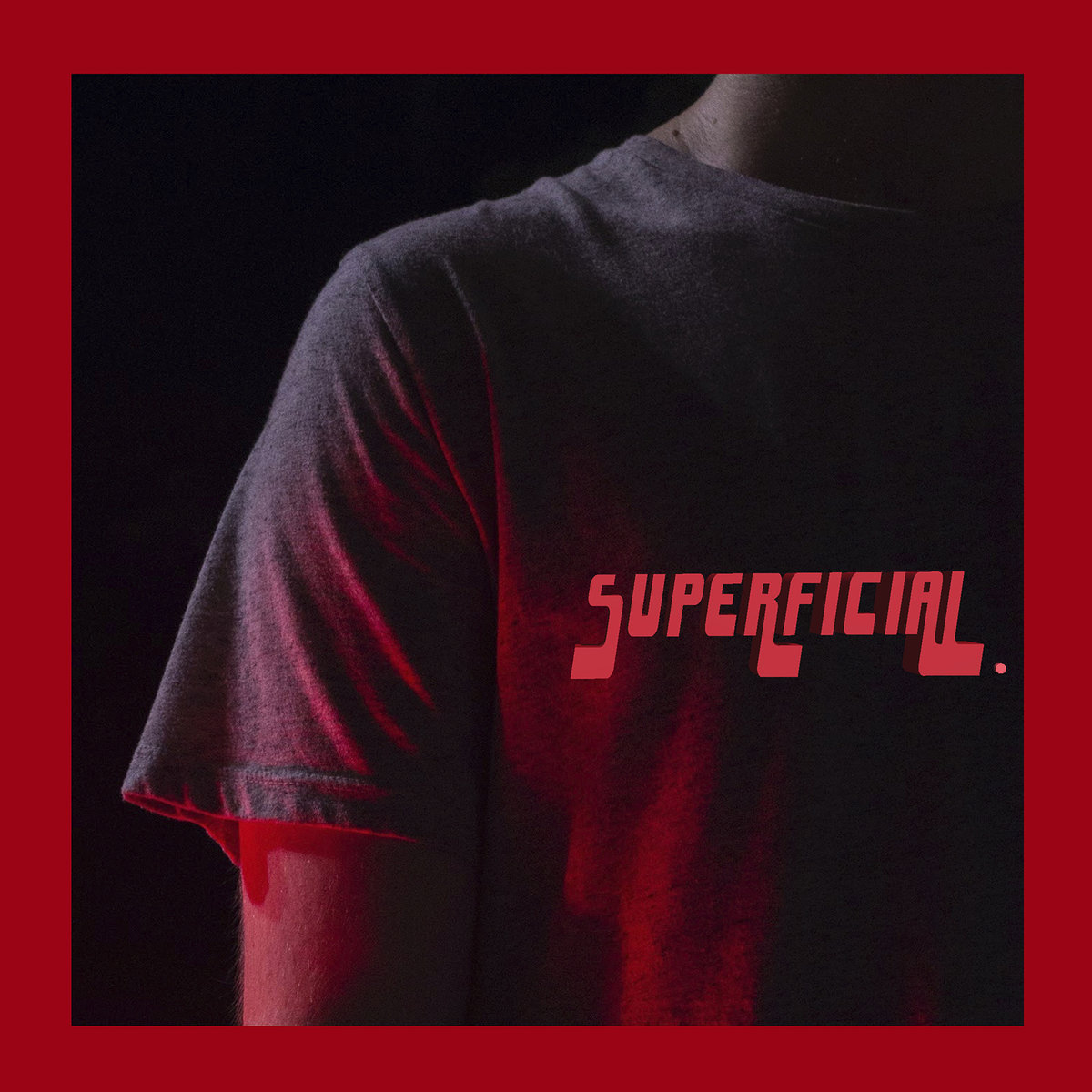 Speaking for myself a fair part of writing about local music is managing one’s enthusiasms and expectations to try to not get too carried away when something particularly tantalizing arrives via the inbox or emerges on the radar… or failing to do so entirely like I did after listening to Fredonia buzz band superficial.’s eponymous debut EP. Shimmering, mesmerizing, and completely compelling every second of it’s 15 minute running time, it bangs in a variety of ways from start to finish.

Now ordinarily I’m not a stickler for rules but when it comes to putting out albums and EPs  there are a few as laid down by giants of bygone ages, and one of them is your first song better hit hard, unless you’re doing an intro in which case your second song has to or else, and superficial. satisfies with a flourish. All swirling synths and organs, “Intro” feels a little like Kid A‘s “Motion Picture Soundtrack and could’ve probably been a killer jam on it’s own until it up and ascends to sonic heaven before the shoegazey perfection of current single “Prom.” Somewhere between Ezra Koenig, Trevor Powers aka Youth Lagoon, and HEALTH’s Jake Duzsik, vocalist and songwriter Kyle Osmun’s crystalline, sweetly melancholic alto always seems to hover in space over a surging groove from drummer Sarah Poremba, making “Prom” one of the most irresistible local singles of the year.

Okay, I should probably pump the breaks a little here before I get carried away but it’s too late. “Open Heart” and “Interlude (Your Favorite Song)” keep the endorphins  pumping with an intrinsically sexy “With Or Without You” heartbeat rhythm and achingly palpable longing effortlessly conveyed by Osmun’s otherworldly yet non saccharine vocals that sound real nice in your inner ear. And just when you think you’ve got superficial. maybe figured out they switch it up and overwhelm with the OG indie rock of “Not The Same,” with sweet Johnny Marr guitars jangling away over a soaring and ecstatic Wild Nothing sing-a-long chorus.

Is Kyle Osmun maybe too good to be true? As if in anticipation of that inevitable question the “I Don’t Want To Know” closes out this exceptional introduction by providing an emphatic answer, pairing it all down to Matt Fedczuk’s chiming acoustic guitar, some righteous reverb, and Osmun, who confirms he’s the real deal. Now I just want to see them live…