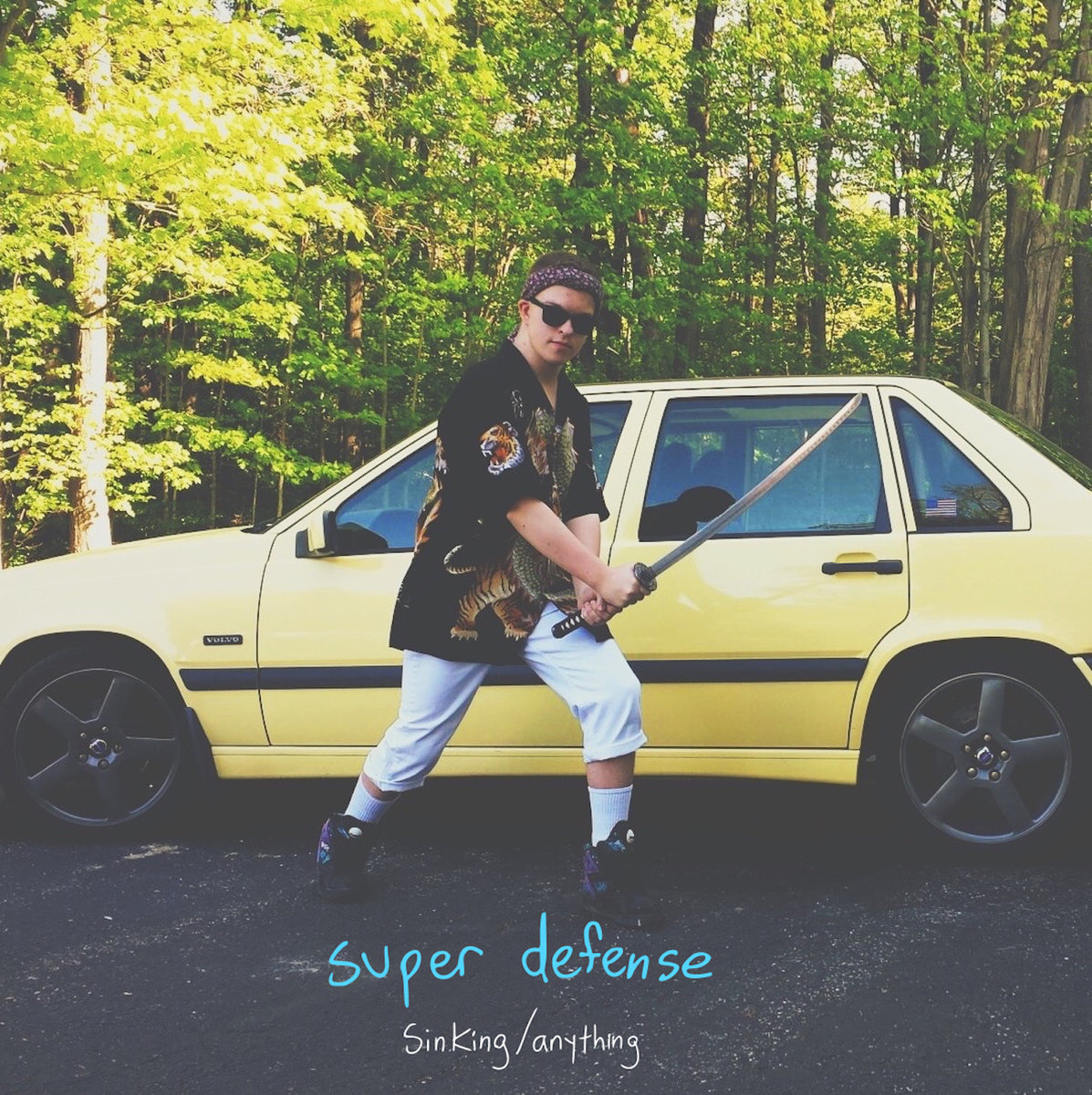 I know what you’re thinking: “That picture is hilarious – Dwight Schrute-esque.” Well, that pretty portrait is of Super Defense, an indie/lo-fi/power pop solo project hailing from Syracuse. Andy Horvath, the man behind the music, has been writing tunes for this act since fall of last year. As of recent, Horvath teamed up with label Ghoul Tapes and utilized recording palace Converse Rubber Tracks of Brooklyn. His lates endeavor,  Sinking/Anything, is a two-song take on wanting to feel… forgotten at best. Luckily, Super Defense offers its listeners the best recordings and compositions its released to date.

“Sinking” is an explosive song with a light mix. In other words, it’s fast like a punk song, yet gentle on the ears. Perhaps the best description is it’s like Cloud Nothings’ soft-spoken sibling. Regardless, the song carries an interesting mix. The bubbly bass bounces about the fretboard. Frantic guitars attack both ears (sometimes offense is the best Super Defense). You can tell Horvath is trying to experience creative release via all this noise when he sings, “I’m sinking. So, tell me baby, what were you thinking when you left me out to drown with no on else around?”

“Anything” introduces you to a synth lead sporting a generic, toy-like tone. The mix is almost sneaky. Again, every instrument is very easy on the aural anatomy. Normally, I would expect an abrasive edge to come along with this sort of music. A ride bell conducts the rest of the band during the chorus. A speedy tambourine joins Horvath’s statement, “I don’t owe you anything at all,” in seeing the song out. Both songs end promptly.

Super Defense comes charging at you through the summertime heat with two nice tracks. Fans of Ty Segall and King Tuff would appreciate these pieces. Here is a link to Super Defense’s music and merchandise.