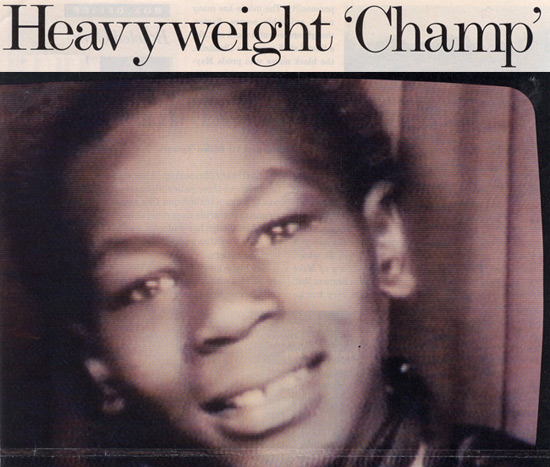 Record shops only really made any sense to me because of my experience with another increasingly-obsolete medium: television. Spending a summer alone, abjectly depressed and too hot to move a few years ago, I finally came around on TV. Streaming stuff over the internet had for a month or so been my only friend, and now even that seemed like an overwhelming task. With a multitude of potential entertainment out there, the act of choice seemed impossible. The freedom nauseated me a little, in fact. I craved control.

So, faced with passing the rest of the night in total silence, I hooked up the tiny television in the closet and stole my housemate’s cable. Instantly, I had pleasantly narrowed my world. Fifty channels and half of them too fuzzy to come in: it was a blessing. Sacrificing the freedom of having the world at my fingertips meant freeing myself from the labor of curation. I could finally relax and enjoy the half-over Mike Tyson documentary that ESPN2 had decided I might like.

I think of record stores in the same way. I am staggered daily by the amount of music on the internet. Daily, I make vows to myself to wade in a little deeper, find something new and wonderful, and truly take advantage of the incredible opportunity in front of me. But, more often than not, I get overwhelmed and end up listening to the same Wussy album five times in a row. I troll around the “Buffalo” tag on Bandcamp. But other than that, I am a terrible music fan. I resent the freedom I have been offered.

Stepping into the record store, however, narrows my world. Instead of being faced with an archive of the world’s recorded music, I am faced with the vinyl collection of a man named Brian. I can handle that. The pressure I feel on the internet to find the most perfect music, the exact right television show or the world’s greatest film (a pressure that is more of a self-imposed personality defect, perhaps, than an inevitable side effect of the technology) dissipates. I can browse, explore and throw on a bad record and it doesn’t throw me off. There are only a few hundred records here breathing down my neck, and half of them are by Gordon Lightfoot. I’ll be alright.

I don’t feel the same nostalgia that drives many a Record Store Day purchase. I kind of despise nostalgia and all the rosy, boring hues in which it paints the past. I don’t swear by the fidelity of vinyl, if only because my hearing is weak after years of being around so much music. In fact, I’m kind of skeptical of Record Store Day as an institution. One record store owner described it to me as “Record Flipper’s Day,” due to the fact that people will put the limited releases on eBay at exorbitant prices as soon as they go on sale. Sometimes, the releases end up on eBay the day before. Shady business.

The same guy did have to admit, however, that he also makes enough money on Record Store Day to stay open year-round. I’m glad about that. He deserves to be successful. But I have to admit that I’ll be around town more for the shows than for the products. For an easily overwhelmed fella like myself, there’s a bit too much going on.