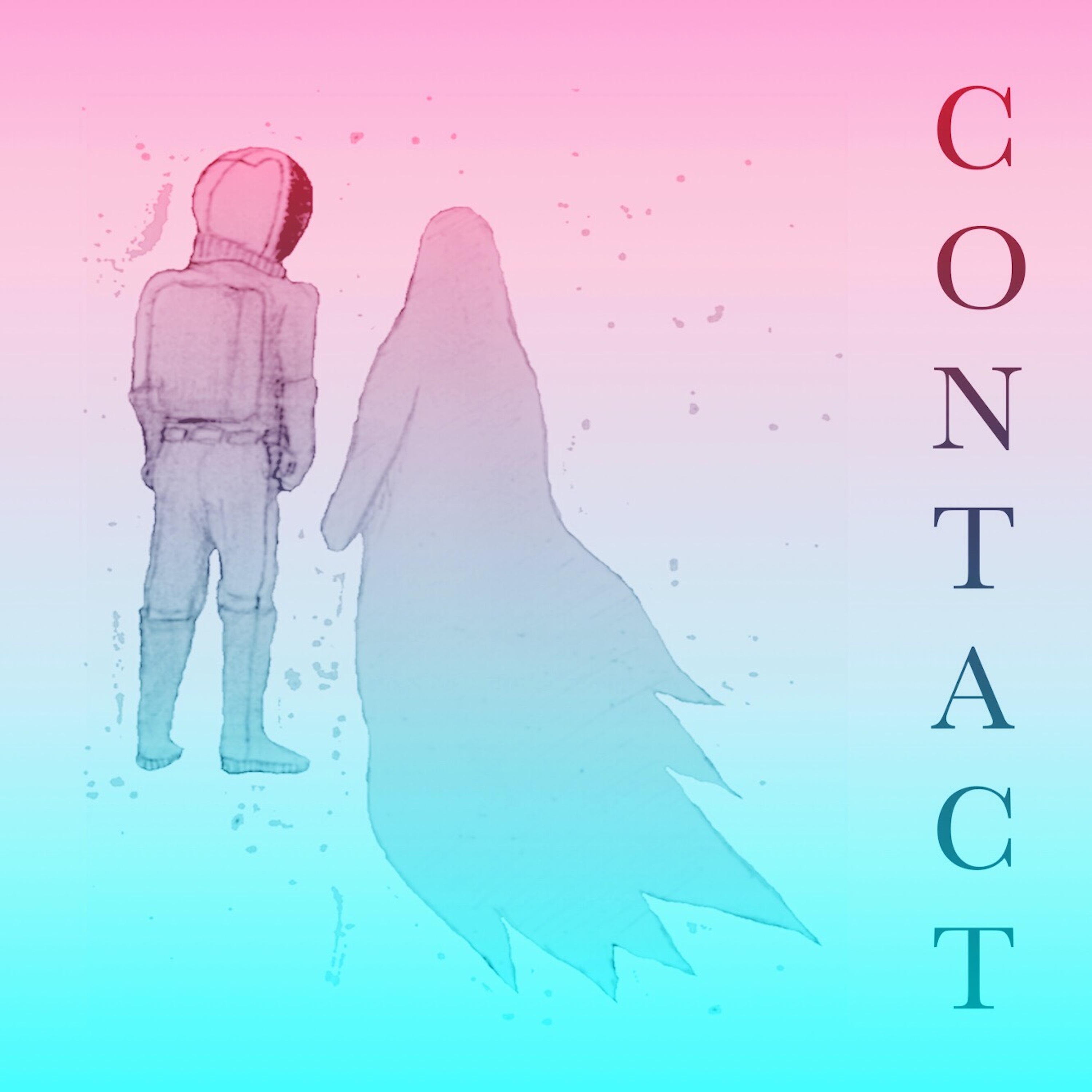 Buffalo-based low-fi post-punk duo, Space Is Haunted’s new record, Contact is an energetic barrage of crunchy guitar and ephemeral vocals that are all held up by consistently solid drumming. The duo is made up of primary guitarist and vocalist, Jamie Levy and drummer and vocalist, Katie Quider. Contact was released on local independent label, Drug Party in early December.

Those familiar with Space Is Haunted through their local gigs and their two previous releases will notice some songs from the past that have found themselves on Contact, namely “Gone” and “On an Ocean,” from past releases Space is Haunted and For Science respectively. The new renditions of these tracks are tighter, more focused, with an extra bit of polish but still showcase the same drive and combination of elements that make the band so enjoyable to listen to. The group has grown and become more experienced but without having to change everything that made them interesting in the first place.

Lead off track, “We Have Made Contact” is a splattering of heavily affected and modulated vocals that sit behind a pounding drum rhythm and undulating guitar work that sounds almost like something off a surfer rock record that’s been put through a wormhole. This serves as the album’s introduction, by obvious way of being the lead off, but also as an appetizer to the the overall sound found throughout.

Much of Contact consists of strong drumming that acts as the glue of the record, holding each song in place with often rough, fuzzed out guitar that sweeps and moves from soft to hard sounds and everything in between. With only two performers, in order to keep things from sounding sparse, the group passes the guitar through a number of different effects. At times doing a chorus effect where each additional guitar instance is itself heavily modulated to create the auditory illusion of having an extra bass and rhythm in the studio. It’s a good solution and along with how the vocals are receded in the back of the mix with a low-fi quality, lend themselves to creating an atmospheric, ethereal sound.

The album is best experienced in a dark room where you have space to let your mind wander and let the music fill up the space. There’s a couple of nice mixing touches as well, like where things will get balanced from left to right to create a disoriented sensation. Highly recommended with a good pair of headphones to make best use of these mixing touches and to get the most out of the solid guitar work. Contact can found through Space Is Haunted’s bandcamp or through Drug Party’s online store.