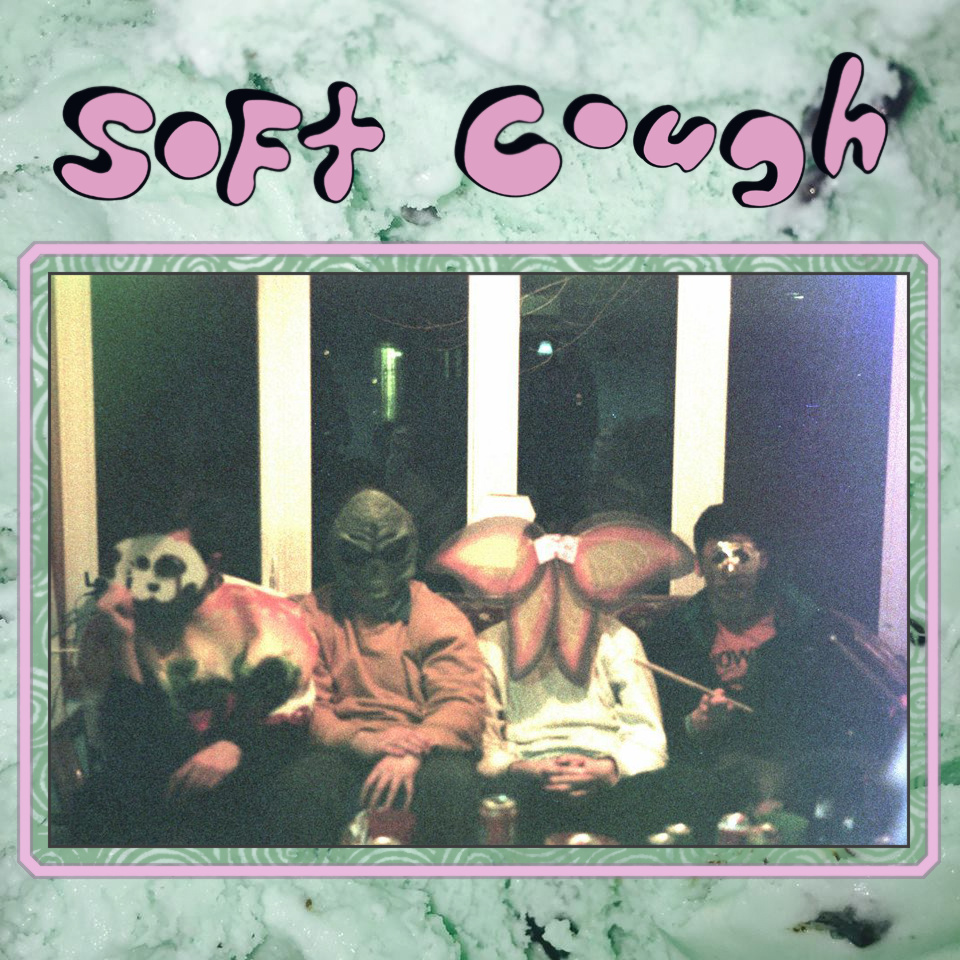 Geneseo’s Soft Cough has been hard at work. Their tunes may be slackish (deliciously so, I might add), but I wouldn’t jump to call them slackers. The garage-pop quartet takes a well-deserved pride in the flourishing Geneseo music scene that they support, and that support does not go unrequited. Over the past year the band has developed quite a following in the college town to which they call home base, following a barrage of house/living room/basement/campus/other shows, many of them self-organized. There is a commendable DIY ethic surrounding these guys, and it is that ethic that shines through and makes their fresh self-titled debut such a charming effort.

Now, on to the music. Recorded by the band members themselves in the living room of Mute City (their house), and mixed by Ben Freiman (their drummer), the sound is naturally lo-fi in nature. And lo-fi is as lo-fi does. But let me say this: they really slap the reins on “lo-fi” and ride that sweet chariot all the way to the golden gates of janky estates. As a matter of fact, if the production was any more polished, it might actually detract from the charm that makes this kind of music work. The songs are sincere and devotedly transparent, and that’s a beautiful thing.

Album opener “Mouthbreather” introduces the ten-track collection, harnessing a surfy Mac Demarco vibe, though looser, with bumbly round basslines, clever and well-arranged lyrics, and more noodles than a block of ramen. It all comes together nicely to form what I think is one of the album’s strongest (and most fun) tracks.

That clever lyricism follows right into “Tray Tables Up (Mother’s Day),” the song I found myself most enchanted with after a couple of critical listen-throughs. Brilliant lines like “I’ve been parading around in my humanity / watch me dodge these fatalities and make somebody mad at me / cheating death as if life had rules” are sung unassumingly over the track’s mishmash of arpeggiated chords and dirty guitar blasts. And more than once last week I found myself shredding the solo at the end of the song on my trusty air guitar while my knee steadied the steering wheel on my way to work. No shame.

With three primary songwriters, Soft Cough has no shortage of creative input. Bassist Tom Kohn describes the dynamic: “We have three contributing songwriters, which has allowed us to stretch out creatively while honing a cohesive, consistent sound.” That creative sprawl includes funk-tinged “Jackson Pollock,” contemplative slow-burner “Car Song,” and the straight-up rock-and-roller “Croak!” The songs are varied enough to keep the album interesting, and cohesive enough to keep the album, well, an album.

Other notable highlights include the five-minute gut-spiller “Sea Dogs and Pyrite” and the seamless transition between tail-end tracks “Like a Gun” and “Joey Ramone,” the latter of the two tracks channeling a “forget the whole damn world” vibe with a dream-like flow that I can practically get drunk of off. Perfect album closer.

Soft Cough has tapes soon on their way, so keep an eye out for those. Until then, pay a friendly visit to their bandcamp for a digital download or Facebook page for a good ol’ fashioned LIKE. Their gem of a debut is pay-what-you-want, so if you’re broke you’re in luck, but if you’re not, make sure you float them some shillings to keep that Geneseo scene a-thrivin’.