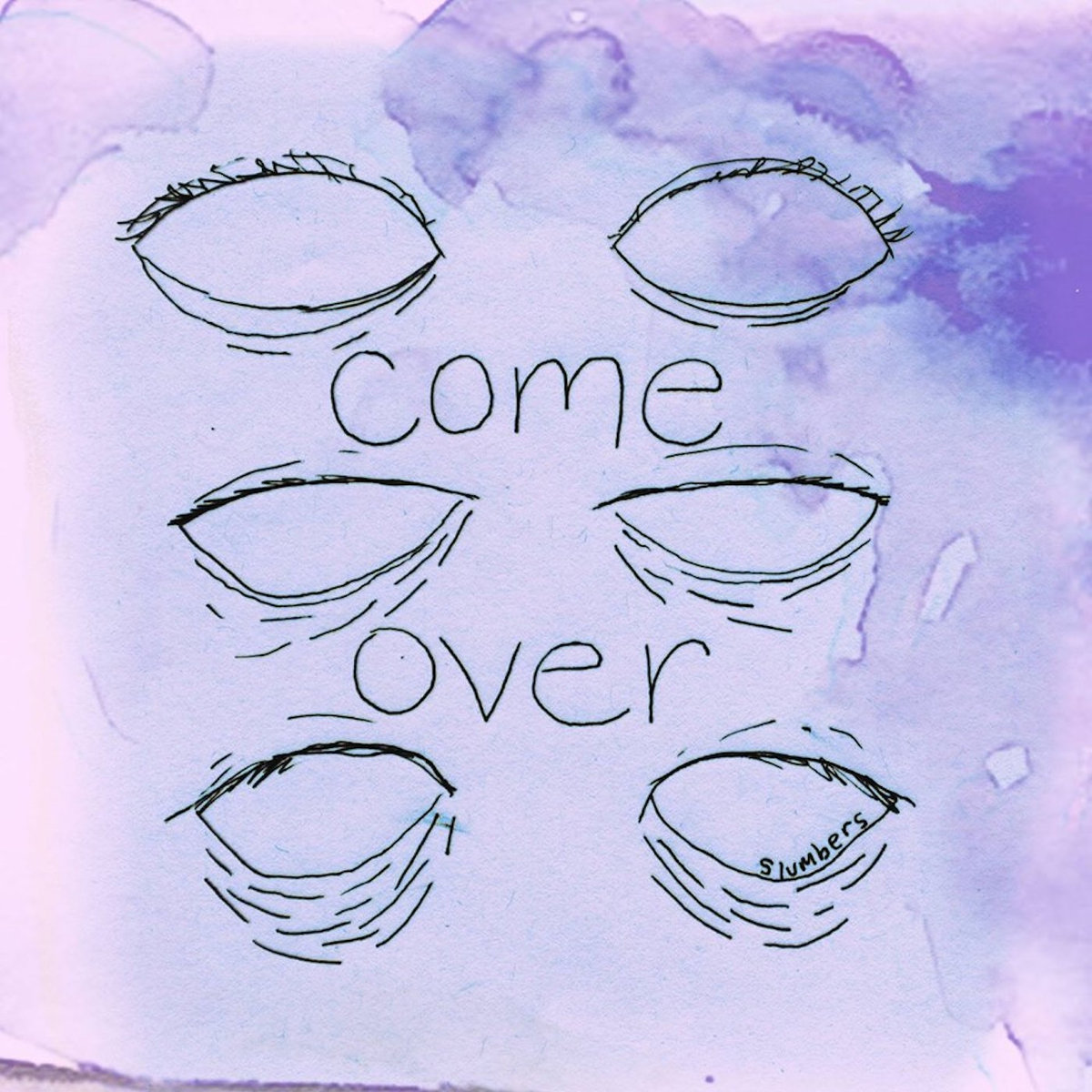 I drove home in the snow tonight (Sunday). And no, not just a dusting, Buffalo’s first semi-legitimate accumulation this December. The roads were mostly awful; it took me about double the amount of time it normally does to get home from work. But amongst all the fishtailing, wheel spinning, and “am I even on the road right now?” moments, I was strangely calm and collected. With Rochester’s Slumbers keeping me company through my Ford Taurus’ surprisingly decent speakers, my commute was less of a treacherous nightmare, and more of a snow-covered field of dreams. Slumbers’ debut release Come Over is our Album of the Week.

Slumbers fills an interesting niche in the Rochester music scene. Their simmering blend of dreamy indie rock is soft without the malleability of other low-volume projects. Vocal duties are expressly shared, and the harmonies are swirling and plentiful. Members Claire McClusky (bass), Sabrina Nichols (guitar), and Emma Willer (synth) have been friends since middle school, now attending separate colleges. However you wouldn’t guess that the girls didn’t spend a lot of time together (when not mid semester), judging from the overall unity of Come Over. Each ingredient as important as the last, the album is nothing short of a magic potion, poised to whisk you away to a temporary dream state.

Other album highlights include the all-too-appropriate saxophone flavor in “Battle” and album closer “Milkshakes,” which clinches the album with a lax snare battering and dueling vocals. Whether the album details awkward situations, inner struggles, or simply a woman waiting for her fiancé to return home before the moon causes an imminent apocalypse, Come Over has a little something for everyone. And if options aren’t really your thing, then you’re out of luck, because Slumbers has CDs, tapes, *and* digital downloads available on their bandcamp. Go forth, listen up, and sleep easy.