Shlohmo and Jeremih – No More 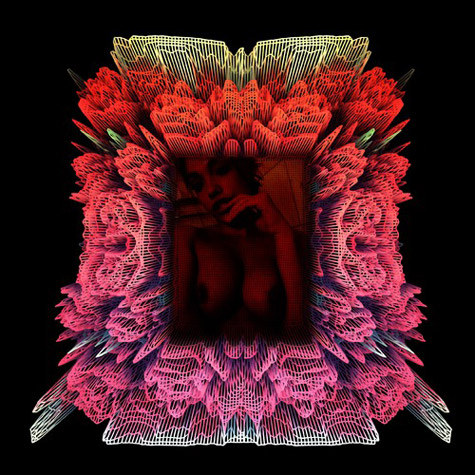 I stumbled upon this unlikely duo a little over a year ago when they released “Bo Peep” and the accompanying NSFW video that made my whole body feel funny. This project was originally slated to drop back in February, and after a few more quiet months, it was unsure if No More would ever drop. Shlohmo had previously remixed Jeremih’s “Fuck U All the Time,” but the two took step forward in their musical careers when they began to work together. Shlohmo is an electronic musician who’s been releasing music since 2009, and Jeremih is the artist behind “Birthday Sex.” As weird as it is to believe, this collaborative is perfect parts electronic/catchy RnB with a really creative vision.

Shlohmo seems to be the mastermind behind this project, and he really is brilliant in his execution. Jeremih’s contributions are excellent, but the project really shines in the atmospheres Shlohmo creates and the way he manipulates Jeremih’s vocals.  EP opener and latest single”No More” starts off seeming like a relatively normal RnB song, showing off Jeremih’s vocal dexterity. As far as falsettos go, he can hang with the big guns like Frank Ocean and The Weeknd. His enchanting repeated “No moreeee, no moreeeee” sucks you in, and then the song takes a Shlohmo turn in the second half. Muffling the beat, he contrasts Jeremih’s pitched down voice with some of his split vocals, and the result is abstract yet oh so pleasant. It’s a great start to the project and a perfect introduction to their style.

“Fuck U All the Time,” the first tune that had both artists’ names on it, is a sexual (imagine that), smooth ballad for the bedroom. Shlohmo’s creativity with the presentation of Jeremih’s vocals is the most impressive part of the project, and this song in particular is a testament to that. They’re stretched, distorted, and lowered on the way to getting stuck in your head. Following that is “Dope,” the first brand new track to appear. While Jeremih’s effort takes a page from Bon Iver with the high-pitched autotuned wailing, it doesn’t have that catchiness that the previously released songs have.

Next is “Bo Peep,” a song that is truly one of my favorites of all time. Everything about it is great. It already existed as a solo Jeremih work before Shlohmo got his hands on it and turned into this sexy, hype, hypnotizing piece of greatness. I don’t know if you had any doubts about Jeremih’s level of coolness, but when he chants “Everybody else don’t mean a thing” before leading into the chorus of “Imma do you right baby” you just know that he’s got things figured out. The lyrics you can catch are thoughtfully sensual, but this isn’t a song dependent on it’s lyrics. The layers and layers of vocals and that heavy, calmly intense beat create the mood.

“Let it Go” has a similar feel to “Bo Peep.” Snaps and deep-space sounding background synths play the background to Jeremih’s unassisted vocal effort. Shlohmo does add in some vocals to shadow Jeremih as the song closes out, but it’s still essentially the singer’s show. He demonstrates his talent and range, but it’s not on that level of greatness the other tracks are. “The End” is a fun closer, and probably the best of the three new tracks. Jeremih is more of a melodic rapper on here, as he flows over some synthesized xylophones Shlohmo serves up for the beat. The bass on here is deceivingly banging too. The track also has the notoriety of getting a feature from one of the hottest new faces in rap, Chance the Rapper. Chance doesn’t provide the traditional verse, instead kind of following Jeremih’s route and vibing with the song for about 8 half-sung bars.

I’ve been a huge fan of the previously released songs on here for a while now, and although maybe only “The End” is on their par for the new songs, I did enjoy the other two. It’s a really unique combination of two genres. Jeremih is great the whole time, and Shlohmo craftsmanship on some of these songs is true excellence. Four great songs and two good songs makes up a pretty great EP in my book. Listen to “Bo Peep” down there.