Secret Pizza – Nothing Needs to Happen 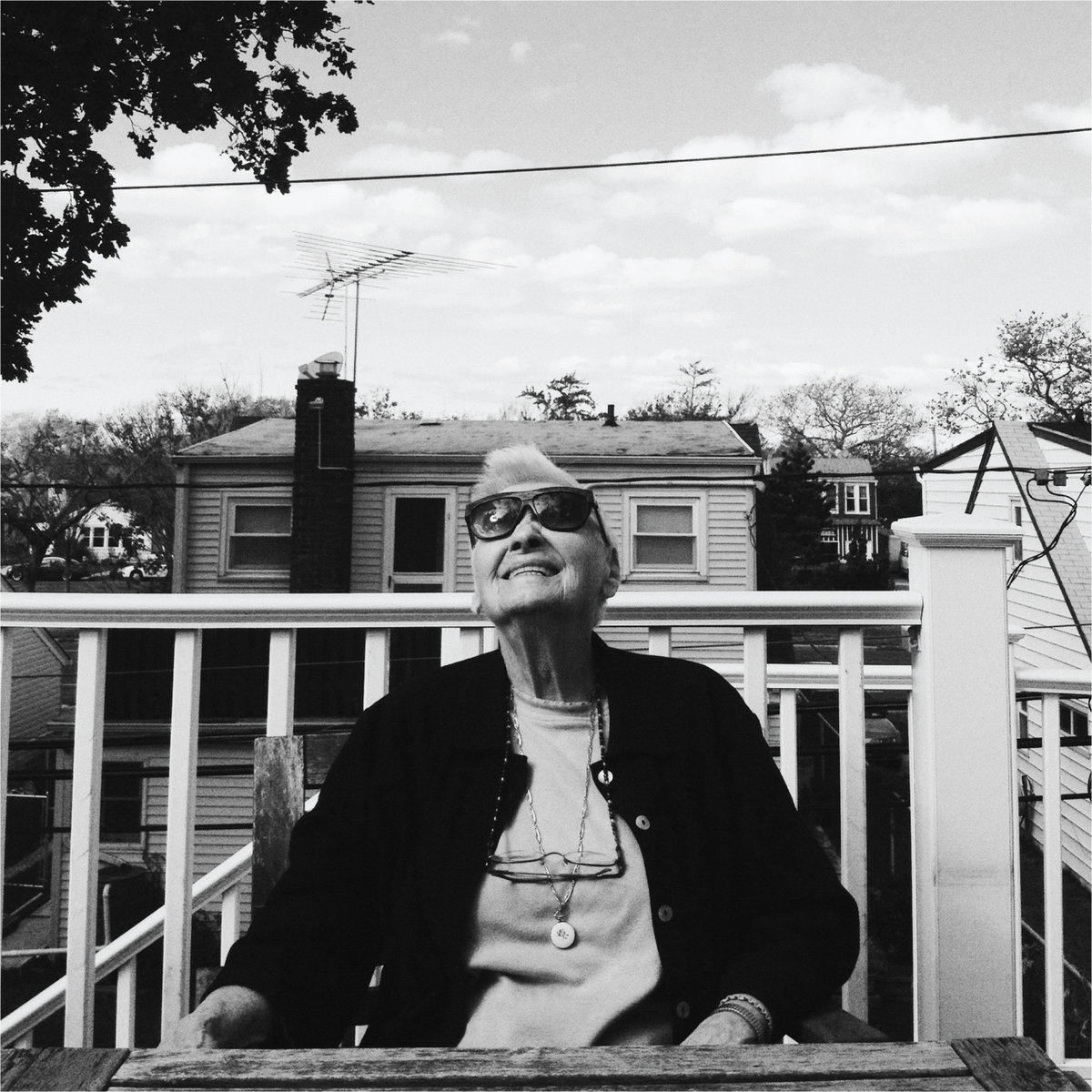 Rochester’s Secret Pizza doesn’t sound cheesy like their name might imply. Instead, they embody badassitude, something the sweet, old lady with sunglasses on the black and white cover of SP’s upcoming release, Nothing Needs to Happen, carries. Nothing Needs to Happen is the group’s first proper LP, wrangling in tracks from previously released EPs and sessions, and man does it hit home. The albums starts of with “Where do we go from here?” a roaring, feedback-filled swarm of music. “No, I’m not that steady,” sings Phil Shaw, admitting to a feeling many know well. The song continues by raveling you into a fuzzy blanket of guitars, keeping you awake with a kickass bassline. “Where do we go from here?” is answered by, “Anywhere!” The screams and fighting of the instruments turn the listener into a well-understood pile of mush. “Oh my my,” is hushed at first, at least before Secret Pizza goes at it again. With a strong rhythmic pulse, the track will keep you moshing while the bright, reverbed guitars make your head swirl.

“Faulting” is a song clocking at under two minutes introducing Giana Caliolo as the lead singer. Her voice is hypnotizing. The band supports her with beach pop musicality, as noisy as can be. Elsewhere, “Oklahoma” begins with a distorted, shoegaze guitar riff. Soon, the sludgy bass forms the low-end, wavering spine of the song. Halfway through the state-named song, a hoarsely sung reprieve bridges the gap between the two halves of the piece. The second half of “Oklahoma” is more intense, now with screams and shredding guitar.

“Sludge” is a middled hum until the guitar chords launch you into another blissful indie rock noise bomb. One guitar croons a delightful melody, the other performs distant or noticeable shrills. Caliolo’s voice serves as the no man’s land between the various instruments. There is a brief instrumental that calms into a something distant, as if the band traveled into a cave. “Shower song” is fronted by a whining, country-esque guitar lead. The entire band is now more relaxed. This piece is about some simple and some esoteric parts experienced in life’s journey. “Nobody knows who they are, but they get there eventually,” is sung by both vocalists, the rest of the instruments stumbling forth metaphorically.

“Not about a lover,” is as gentle as Secret Pizza gets, with a lightly treading guitar lead and cymbal work serving the front lines. Warm, almost synth-like bass talks you through the quiet. Previously released on the Rochester compilation The Shark Tank Sessions, the song alternates between a track you can really bob your head to, and a track you can mellow out to. Album closer “Nothing needs to happen” begins with dredging guitar chords. It really does feel like you’ve reached the end of the album. The title track has the vocalists holler, “Nothing needs to happen as long as you’re with me…” effectively soothing listeners with love-based charm. The bass and vocals remain steady and sure until the end of the song as the lead guitar acts like a lighthouse, shining into the sea.

Secret Pizza has tour dates supporting the release of Nothing Needs to Happen, which includes a Buffalo stop at Mohawk Place on June 9th Until then, you can stream the album below.