Column 14: The Heart-Pounding Intensity of The Knick

The Knick is the best show currently airing on TV. Well, after its season finale this past Friday, it’s technically on hiatus until 2015, but that doesn’t change the fact that it is a frenetically pulsating beam of television magic in an otherwise dull fall season.

The show is truly a gritty, debris-covered gem mined from the depths of Steven Soderbergh’s directorial genius, making it the quintessence of the argument that television has surpassed the cinema in every way you can imagine.

If one of the ways you’ve imagined happens to be the show’s music, then you’re absolutely right. Scored by Cliff Martinez (a frequent Soderbergh collaborator), the music’s electrified synthesizers and intense baselines wallop you out of the turn-of-the-century and transport you into some sort of 1980s control room where a drugged-up computer scientist is turning dials and hitting buttons with such fervor that you feel as if you’re witnessing a breakthrough in time travel, teleportation, or both.

The characters may be in Victorian high collars and hairdos, surrounded by historic wares and using primitive machines, but their modus operandi are anything but antiquated. They’re injecting cocaine, performing back-alley abortions, carrying out affairs with no regard to class or race, and offering up lives in countless numbers in the name of medical discovery. The Knick’s characters are ahead of their time. So is the music. And it’s perfect. 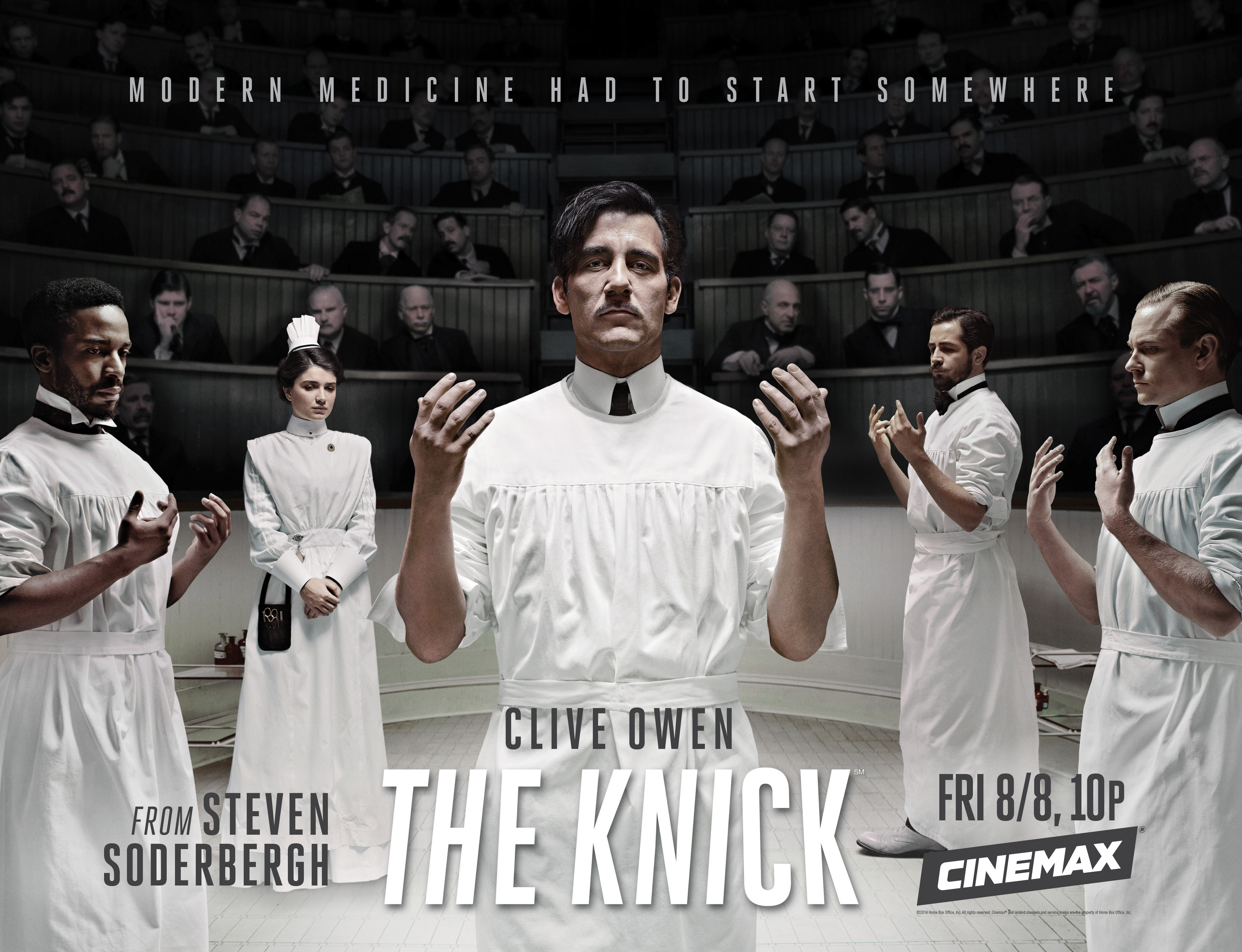 The music is intended to be anachronistic, and maybe that’s what’s garnered it so much attention. But I would argue that it’s perfectly suited to an era of people who grew up on the fumes of the Industrial Revolution. They were the people who cast aside their forebears’ hand-cranked vacuums in favor of electric suction; the people who actually understood germs; the people who literally turned on the lights and refused to turn them off. If heady EDM and mechanical qualities don’t match the technological innovation that was happening in 1900, then what does? Certainly not the era’s ragtime jams.

For a thorough examination of Martinez’s score, check out his interview with Rolling Stone, or experience its whirlwind aestheticism on Spotify.