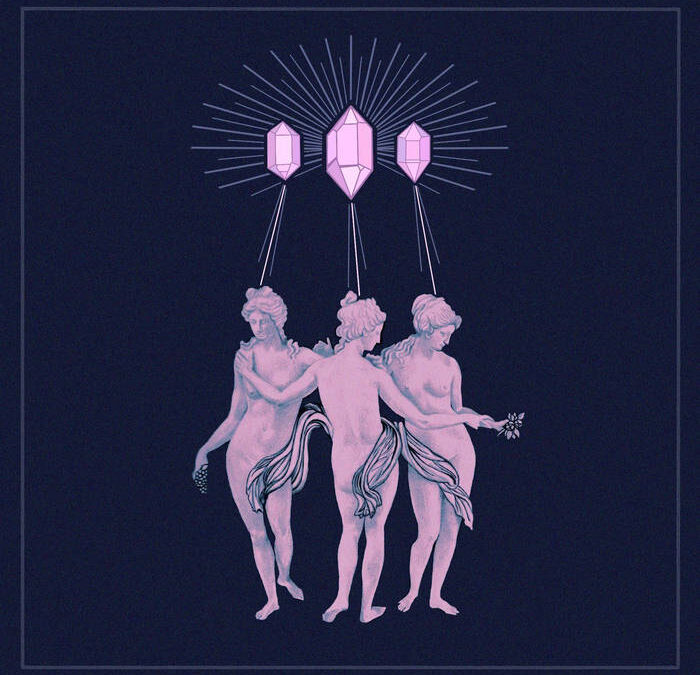 Way back in 2020, singer/songwriter Sean Pratt linked up with guitarist Adam Cwynar and bassist Ron Walczyk to form the breath of fresh air you didn’t know you needed; Rosie Quartz. Their latest project, Astral Bodies, is a sonic transcendence for ears all across the world to enjoy.

The overall tone of Astral Bodies is blue skies shimmering over blankets of snow. With influences drawing from Alvvays, to Bright Eyes, to Tigers Jaw, this project brings it all to the table. The EP’s material was conceived during the peak of the pandemic, where practices were infrequent, but efficient. They worked with drummer Steve Tripi to bring these songs to life: they came out with a six-song EP of sparkling indie-pop, full of chorus-laden guitar work; a rock-solid bass presence; and icy-cold vocal melodies.

The first thirty seconds of the intro track, “Sleep Now (Love You Later),” emit tones of an intoxicating lullaby until the drums come scorching in and take you on rollercoaster ride though a dream-like state of REM. The short minute-and-twenty-seconds is more than enough to get you itching for everything Astral Bodies has to offer.

“I’m Not Crying, You’re Crying,” aka track three, is a song that taps into the relatability of regret and the unwillingness to accept reality. Thankfully, the tasty guitar licks laid down on track four, “Sentient,” pick you up from the emotional stupor you were experiencing with “Crying.” However, once you analyze the lyrics, you will find that Sean doesn’t sugarcoat their perception of self with lines like “I can’t forgive myself for letting you always leave,” which gives them a certain status of authenticity.

An overwhelming sensation of goosebumps came over me as I heard “Past Life” for the first time. All I have to say is, close your eyes and levitate with Rosie Quartz, they may even take you to a past life.

Finally Astral Bodies wraps itself up with the most triumphant track on the project, “Sun Damage,” which, like the rest of EP, contains dark thoughts, but uniquely sheds some light on the issues underway.

Pratt is now based in Brooklyn, attending graduate school for harm reduction, but that hasn’t stopped the band from working on new material. They are currently crafting EP3 with a decidedly more “Postal Service” approach to their long-distance songwriting.

Astral Bodies was recorded in Buffalo at Quiet Country Audio with audio engineer Paul Besch and released June 30th of 2021. Cover art was created by Lizzy Duga. Preview or download the EP below via Bandcamp (name your price!), but be sure to also add your favorite track to your Spotify playlist.