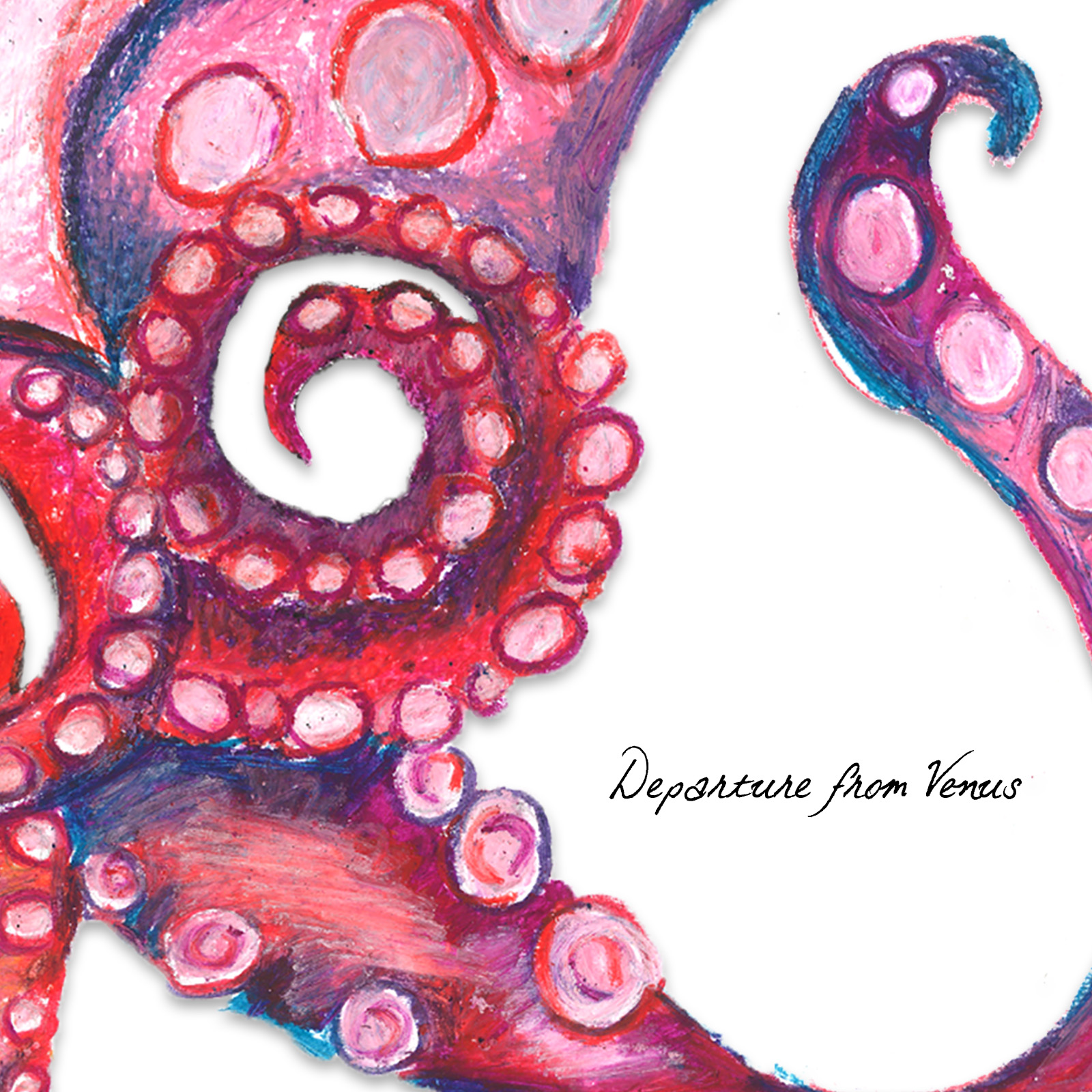 When two individuals meet via Tinder, one would be safe to assume that there is a certain “connection” waiting to be made. That swipe to the right might result in a new partner if you catch my drift. In our age of digital love, what does a Tinder swipe really mean? In the case of Madison Klarer and Lucas Dalakian, Tinder was the vehicle that helped them create a completely professional musical relationship, aptly-named ROMP. Stranger things have happened, right? Either way, ROMP specializes in fun, synth-laden pop rock that’s riding the third-wave of nerd-chic acts a la Front Bottoms and Modern Baseball with a female-fronted touch (think Field Mouse or Tancred).

In yet another stellar “aptly-named” decision, ROMP decided to name their first LP Departure From Venus. Themes of alienation, confusion, and twenty-something woes permeate the nine-songs on DFV. Opening track “Backfire” is an archetypal example of ROMP’s specialties – bouncy pop-punk about the awkwardness of the search for love in your early twenties.

Title-track “Departure From Venus” sounds like a Unicorns b-side, full of dancy drum beats, unapologetic keyboard hooks, and bendy guitars. Say what you will about the band’s fast-paced nerdiness – I have to admit, I haven’t heard anything quite like ROMP. A listen through the light-heartedness of DFV might be enough to brighten even the darkest of days.

My personal favorite section of DFV is the one-two-three punch of “Come Undone,” “Naner Manor,” and “Avoiding Boys.” “Come Undone” gets my vote for strongest song on the album; here we find Klarer at her strongest, mostly eschewing her talk-singing for catchy vocal runs atop pop rock gold. “Naner Manor” is a close second with its irreverent lyrics and staccato guitar riffs. “Avoiding Boys” gets an honorable mention for an undeniable sentiment in the chorus – “I don’t care what you might say, this is gonna be a great fuckin’ day.”