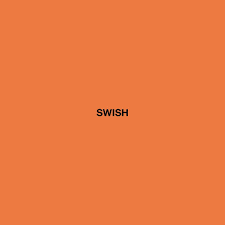 One straight half hour listen through later and I can totally see why after only a few days of availability, Swish has taken the world by storm. There’s no doubt that Joywave’s newest 10 song release will take you on a ride. Not necessarily a roller coaster ride, more like a gentle lift on the back of a golf cart while doing donuts in a parking lot at ten miles per hour (this is a compliment because it is a very fun time doing golf cart donuts!!!).

Though the title of the release utilizes one of Kanye West’s discarded album name ideas, the band boldly claimed the appellation for themselves and made it every bit their own. It’s clear that they wanted to stick with the aesthetic of the How Do You Feel Now? era based on the cover artwork, and how could they not? After expressing his fond attachment to their past hit single “Somebody New” via Twitter, it’s safe to say that Tony Hawk is keeping a very watchful eye on the band. By drawing upon a familiar visual aesthetic from their 2015 single “Destruction,” the band is acknowledging this and in essence, winking at Mr. Hawk from afar. Our boys from Rochester won’t let you down, Tony. We promise.

Each track does a phenomenal job of telling a cohesive story that keeps your brows furrowed in deep thought and your foot fervently tapping. By the time I got to fifth track “When,” however, I started to feel like I had heard this exact melodic arrangement before — maybe in the waiting room at my dentist’s office (he claims to be “into the music biz” and always asks me when I’m going to introduce him to Rihanna). This easily could have been a deal breaker for many, as this tune is definitely reminiscent of a handful of songs that are in heavy alt-radio rotation. Even still, it wasn’t enough to deter me from intently listening.

With all that being said, the last song really threw me for a loop. It’s the only tune that sticks out like a sore thumb and really strays away from any motif the nine songs prior had established. I’m not quite sure why Joywave would work so hard to construct an impressively poignant theme for the first 26 minutes and 59 seconds just to undermine the effect during the remaining 3 minutes and 41 seconds. Not a big deal though. As an entirely separate entity, the final song is a trance-inducing head bobber with a little bit of quirk. It really is a nice musical bauble to enjoy on its own.

Overall, I have to say it was very brave of the band the try and outdo themselves with a follow-up full length less than a year after. They’ve successfully out-joyed and out-waved themselves with this one and I can appreciate that. I will 110% be playing this record backwards at some point to try and decode the subliminal messages I know are nested in each song. This band is just so damn cryptic, y’know? Nonetheless, everything Joywave is doing, they seem to be doing just right.