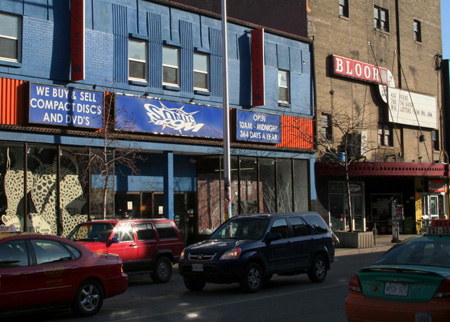 With Record Store Day quickly approaching, I’m reminded how much the record industry has changed. What was one a booming industry has needed the adrenaline shot of Record Store Day to keep many of the institutions we hold dear afloat. And the act of buying records, which was once a rite of passage, has turned into a niche hobby. But for me, record stores played a massive role in my childhood. More than simply a place to pick up that new Wolf Parade 7′ or an Of Montreal shirt, these were places where I could meet people who actually liked the same things I did, these places were special.

And no record store was more special to me than Toronto’s Sonic Boom. Before changing owners, locations, and even being immortalized in film over the past five years, Sonic Boom was something magical in its original Bloor street location. My first visit to Sonic Boom was when I was 16; I was up in Toronto to see Hot Chip and decided to make a weekend of it. While wandering around the Annex looking for somewhere to grab lunch, I came across a massive record store covered in album posters and decided to check it out. I can still see it: its’ bright orange walls, housing a seemingly limitless amount of music, the cavernous basement decorated like a 70’s swinger’s pad, and the community of cardboard standees and weird stuffed monsters that inhabited it.

Growing up in Angola, I went to a school where it was hard to find others with common interests. Even finding someone who listened to the Pixies was something of a rarity and mentions of Pavement or Belle & Sebastian were normally greeted with “What’s that?…Weird.” So to see an entire bustling store filled with people who liked the same things I did, felt like something of a revelation.

After collecting a minor stack of records to bring the front desk, I heard someone behind it yell over to me.

“Hey! Nice jersey,” he said, referencing the Manchester United jersey I was wearing at the time.

“Thanks man. You support United?” I asked.

We continued to chat about English soccer and the artists in the stack of records I had brought to the desk. I eventually mentioned I was in town for the Hot Chip show and by chance, the cashier, Eric and his coworker Brett, were going too. We quickly exchanged information and agreed to meet up later at the show. 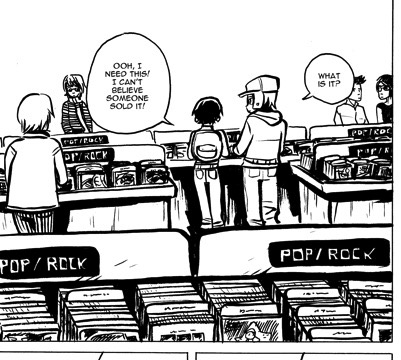 Over the years, I continued to keep in touch with Eric and Brett. Whenever I was in Toronto, I’d always stop by Sonic Boom and say Hi. I’d pick up a few records, we’d catch up, and argue about movies and music, sometimes they’d even throw me a couple 7″s by artists they thought I should check out.

Sonic Boom would continue to provide memories over the years. I’ll never forget the day J Mascis played an acoustic set in the store’s basement or the insanely heated argument over Bowie’s best album that nearly ended our friendship (It’s still Station to Station btw). Years later I would even end up taking a Scott Pilgrim-obsessed member of Los Campesinos! to see the store in person.