Amateur Radio Club – The Laughing Vulcan and Her Dog 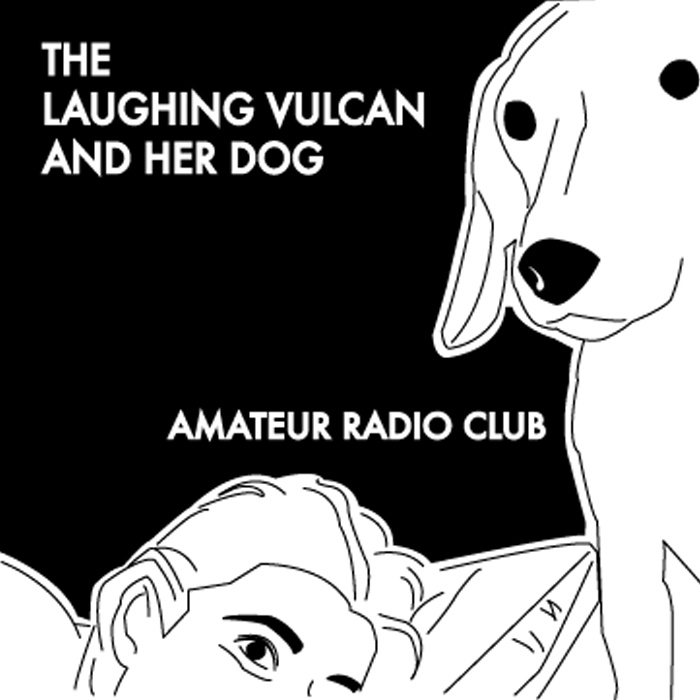 Rochester’s got some new digs. Ian Egling, formerly of the band SPORTS, and now performing solo under the moniker Amateur Radio Club, just released his debut late last March. The eight track album, titled The Laughing Vulcan and Her Dog, is heavy on the electro pop stylings and draws influence from the synthy jams of yesteryear; snap judgements conjure Bowie and Depeche Mode. Further critical listens reveal a certain modern charm that, when paired with the unambiguous vintage flair, gives this release a unique sound worth diving into. The Laughing Vulcan and Her Dog is our Album of the Week.

Vulcan opens strong with the catchy and intimate “SOMEWHERE SUMMER,” making the most of a cheeky synth line layered with electric piano and bouncy drum beat. The synth solo towards the latter half serves as the sweet icing on an already delicious cake. “On and on, on and on…” sings Egling on the following track “EVENING NEWS”, “…we’ll keep on dancing, though we can’t hear the song.” An allegorical offering, considering the song’s—and album’s, for that matter—impressive danceworthy mishmash. Generally speaking, the rest of the album follows suit pretty well, offering up track after track of quality dream pop.

My favorites of Vulcan include the ethereal “JUNE BUG,” in which Egling’s smooth falsetto soars over the song’s laid-back saunter, and “CONEY ISLAND BLONDE,” a vibrant confessional detailing a fizzled-out city love affair. Though free from creative differences from other members, solo projects are no easy feat, but it’s safe to say that Egling knows what he wants and what he’s doing. Each track is expertly filled out with just the right amount of instrumentation, and the unassuming demeanor of his voice is dynamic in all the right places. It’s a balance not often achieved with today’s solo projects.

The electro-pop gold on The Laughing Vulcan and Her Dog does a fantastic job of capturing an alluring vintage vibe without coming off as antiquated, and is consequently one of the most unique releases I’ve heard in a while. Give “JUNE BUG” a listen below; the whole release has a very deserving spot in your library. Visit Amateur Radio Club’s bandcamp page to download.