Ratking – So It Goes 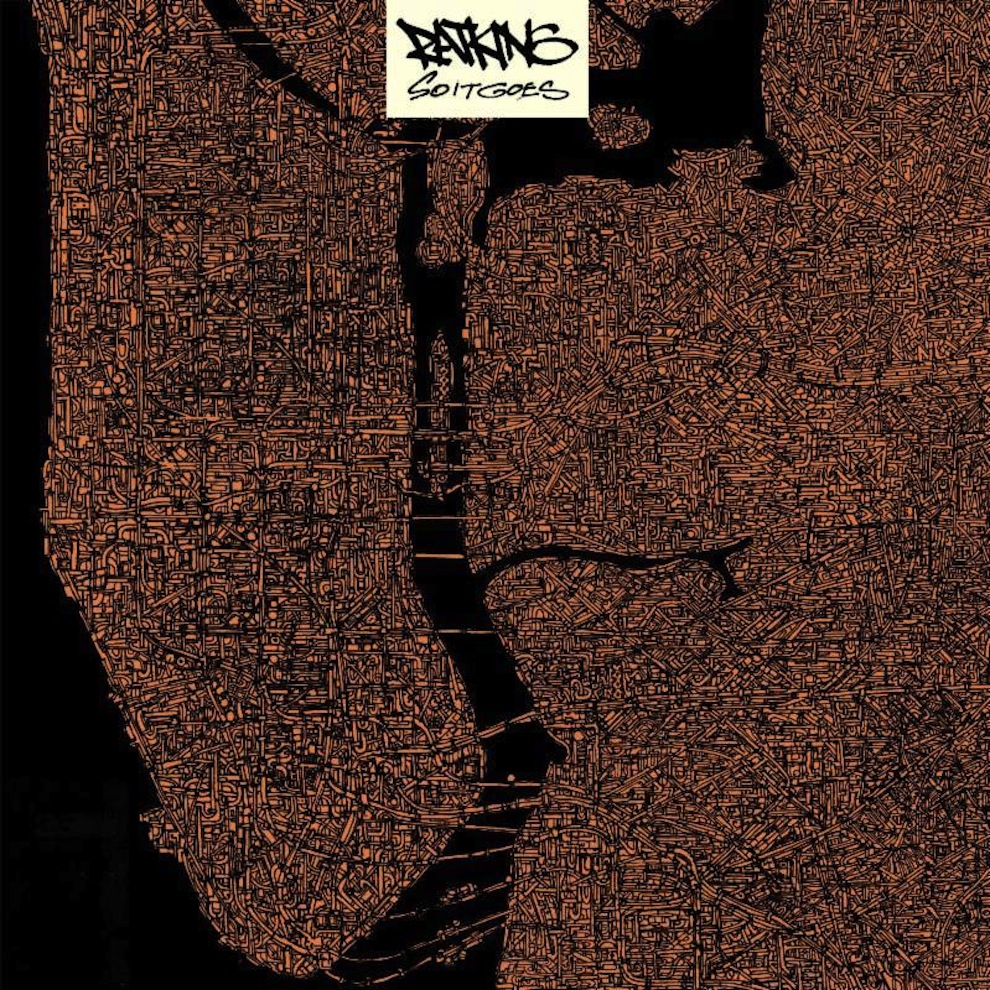 Let’s be honest–New York City is still a main hub of culture when it comes to the arts, but it’s changing rapidly. A constant topic of discussion is gentrification, basically, in more simple terms, the ‘neighborhood is changing.’ Defining a ‘New York’ artist sound is nearly impossible, especially in contemporary hip-hop. One can recall an older, east-coast sound, like Wu-Tang or Public Enemy, with  more aggressive, higher beats. Ratking, a NYC-based trio including Wiki, Hak, and their Bushwick-born producer Sporting Life, creates a new New York palette on their latest release So It Goes.

Even though the main thread of the album is based upon New York City life, it seems to be more focused on the challenges and shifts between youth and adulthood, seen in the opening song titled “*” that goes on about “Graduated what’s next, well everybody’s askin’/ college, well what do you have planned?” over a soft thudding of a beat with vibrating vocals that seem to say “I know.” It’s a dark roster of songs without feeling sinister, like on the song “Bug Fights” that draws from a brooding trap-sound and is buffeted by bouncing synths, portraying lyrically a hot summer when “all the bugs come out” and start to tackle over space. Wiki sings, “it’s amazing how we made it out.”

“So It Goes” strikes the chord as the heart of the album. With perhaps some reference to Kurt Vonnegut’s repeated lyrical phrase in Slaughterhouse Five, it’s both a jaded and appropriate title for the main message of the song. The Rasta-influenced chorus sings “six million stories to tell/ who’s what?” and “six million trains to ride/ choose one” speaking of the synchronicity of the place, where at times the only thing left to do is ride on and keep your head up, despite the overwhelming multitude of never-ending choices. “Eat” classifies itself as the softest song on the album, with a gentle, slow beat, that murmurs about the self-made mistakes and claiming responsibility for one’s mess–“My vomit/ step up in the the puddle that I make.” Overall the group has something to say, and says it through the lens of what NYC is now, and has certainly pinned down the way for more of the ‘New York’ sound to creep its way back into the light.