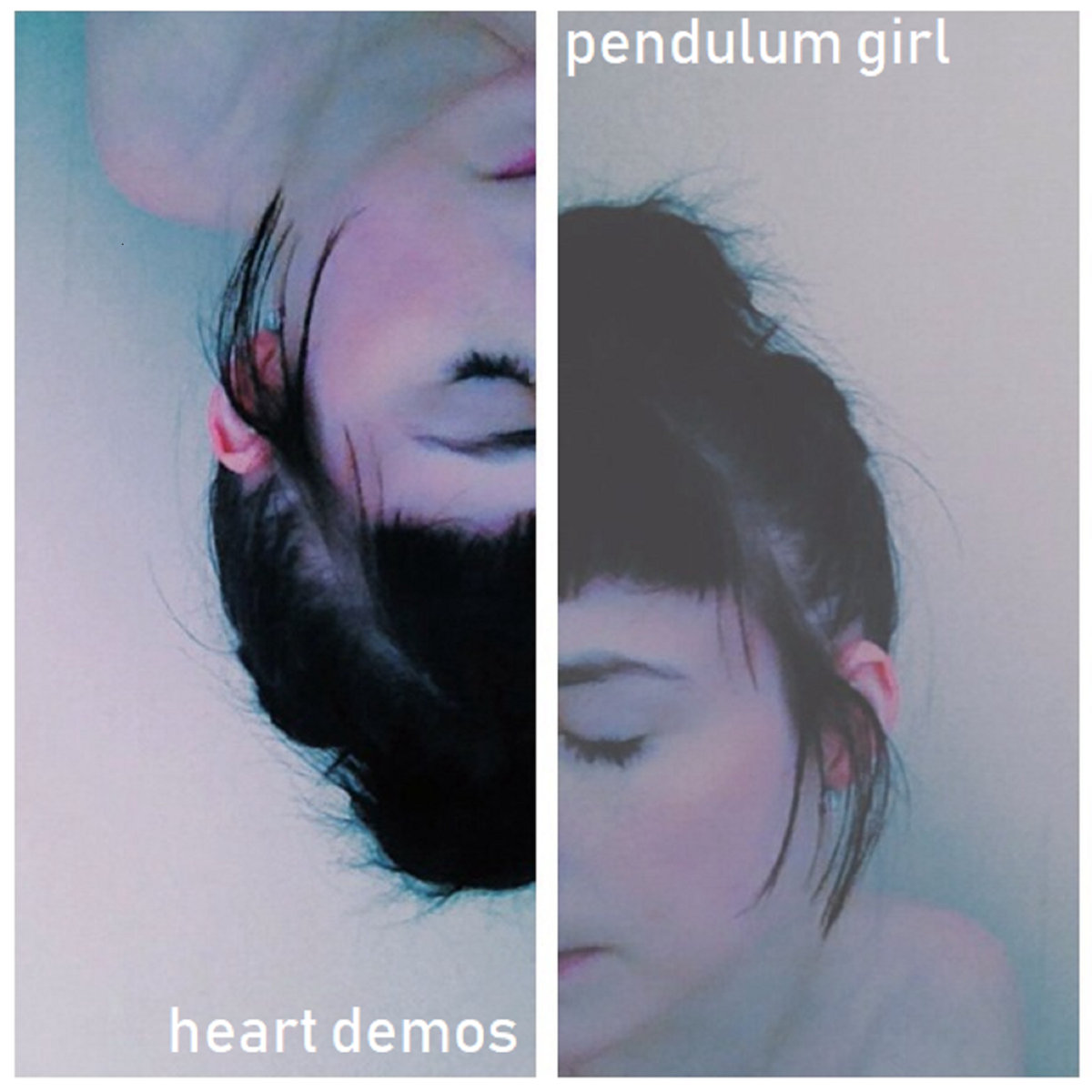 Leah Loefke, formerly of Love Scenes, is back like a phoenix out of the dark under the enigmatic nom de plume Pendulum Girl, and her recently released debut release heart demos, a magical lo-fi electronica dream pop gem that’s an instant triumph. Less an EP and more a collection of hymns to memory and getting through living, heart demos connects instantly with it’s hazy soundscapes, whispered, prayer like vocals, and delightful capacity for minimalist understatement and heavenly, out-sized emotional strokes, sometimes in the same song.

Achingly heartbreaking from the very start, “magnet” sounds like a childhood dream about heaven, if it was directed by David Lynch and produced by Brian Eno, floating over a sweet metallic air conditioner drone. I’m definitely going to cue up the organ drenched and delicate “crying in the carwash” for my next trip through the Delta Sonic, and if I get overcome by the moment, I’ll be lifted up in short order by the majestic  “anthem for healing,” which features some compelling and bittersweet  multi tracked vocals and a guitar solo worthy  of Alex Scally.

Nostalgia is a helluva drug, which must be why “we have a dream” is such a rush even though it effectively conjures the smidgen of melancholy nestled at the heart of childhood yearning. “beginning” is a tremendous album coda that feels like an ode to 2010 when M83 was everywhere and things felt vaguely shiny for a little while, with rapturous sonic frequencies vibrating through your ears and directly into your soul, and feats of vocal ecstasy that called to mind Kate Bush and Susanne Sundfor, before fading out into sweet nothingness… until you hit the play button again.

Check out Pendulum Girl’s demos below via bandcamp and be on the look out for perhaps new material in the future.