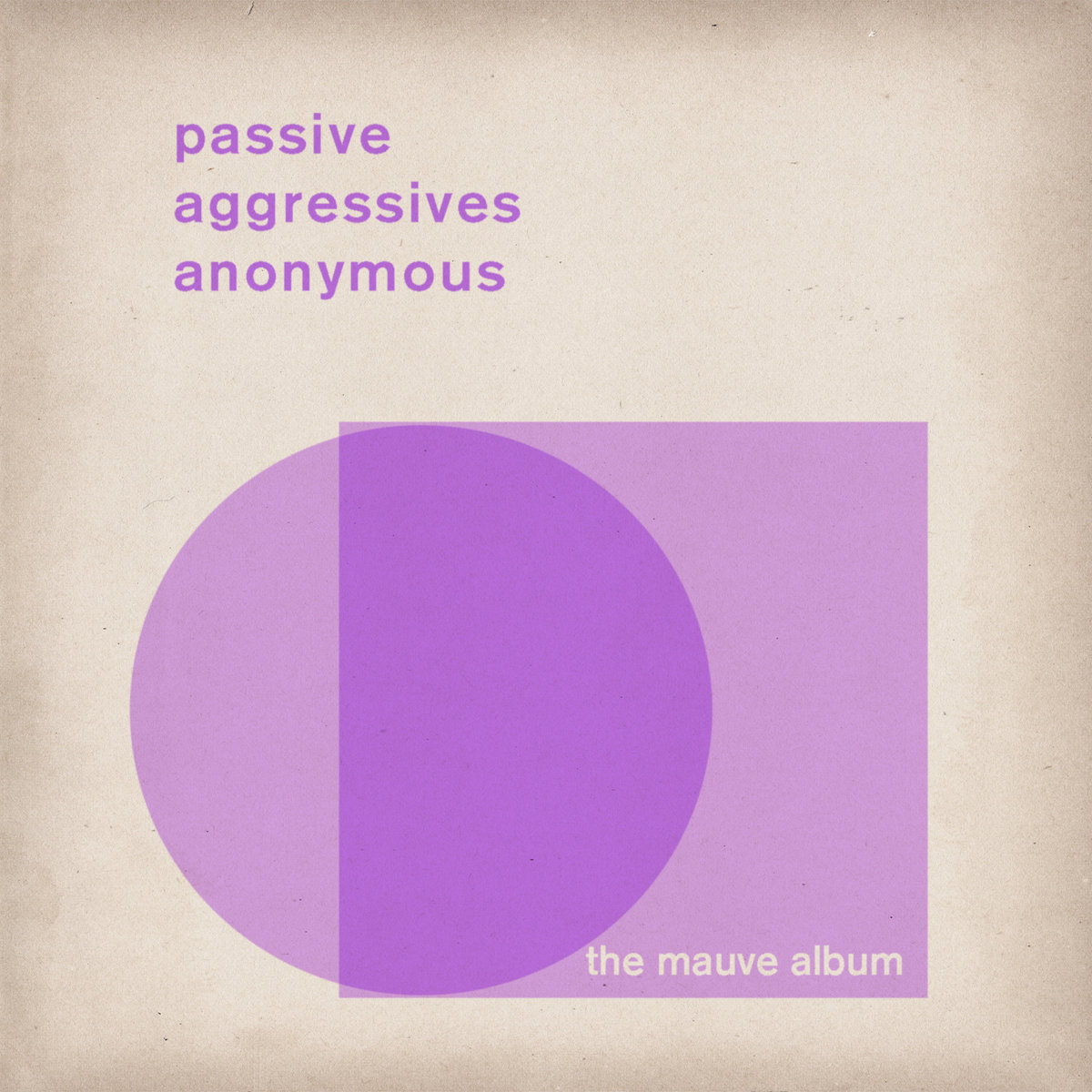 The Mauve Album is the perfect title for Passive Aggressives Anonymous’ first full-length release. The Rochester band’s music has more in common with the shade of violet than you might think–both have a pleasant and mostly disarming initial appearance, but upon scratching the surface you’ll find a little something extra. For Passive Aggressives Anonymous–or ‘PAA’–a band whose call to glory is their expertly-arranged romantic lounge style of instrumentation, that “something extra” comes in the form of frontman John Valenti’s tongue-in-cheek vocal delivery, which remains unabashedly intact on the new album. The Mauve Album is buffaBLOG’s Album of the Week.

For those unfamiliar with PAA and have no idea what I mean by “tongue-in-cheek” vocal delivery, allow me to paint a picture. You’ve booked a suite in a hotel that’s near overly classy (not a t-shirt in sight, decked-out lobby bar, red velvet everywhere, etc.), but something about the elegance is slightly off. From the lobby, you make your way to the elevator; you enter the cab and the oak-lined doors shut before you. The ride itself is enjoyable–mechanical aspects are smooth and quiet, and there is a loungey jazz quartet playing from a speaker in the ceiling. A man sings. His voice is assiduously romantic, but again, something is…off. And then, a realization: the whole song is about having sex in outer space. You’re listening to Passive Aggressives Anonymous.

In each of the 13 tracks on The Mauve Album (with the exception of the instrumentals), you’ll find that grinning element of light sarcasm. That sarcasm finds its most direct moment in the aforementioned track “Sex In Space,”  together wedded with electric piano, light percussion, and upright bass. Pairing Valenti’s devilish croon with the restraint of the instrumentation works remarkably well, and awards PAA with their well-deserved one-of-a-kind charm. On “Middle Class Male Cry,” an upbeat track with more electric piano and bright strings, Valenti sings gently and mockingly “It’s just so damn hard when things don’t go how you like // especially when you know that the world is so much harder than you.” The lyrics throughout the album are playful and soaked in wit, keeping you engaged for days.

For those who are familiar with PAA, you’ll recognize the first two tracks–both “Ninja” and “Many At Once” were released as singles shortly after PAA’s 2015 release Not so long songs of longing, the former featuring a music video filmed by Valenti himself. The remaining songs are fresh, highlights including “I’m Hurt That You’re Hurt,” “I’m Laughing Because I’m Devastated,” and clinching track “I’m Not In Love With You,” which was composed and sung by keyboardist Chris Coon.

The Mauve Album is currently streaming on all major platforms and on Passive Aggressives Anonymous’ bandcamp page. If tangibility is more your style, you can snag a physical copy of The Mauve Album, also available on the band’s bandcamp. For now, check out my personal favorite “I’m Laughing Because I’m Devastated” below. Happy listening!