Pappy Stardust – All Around Sound 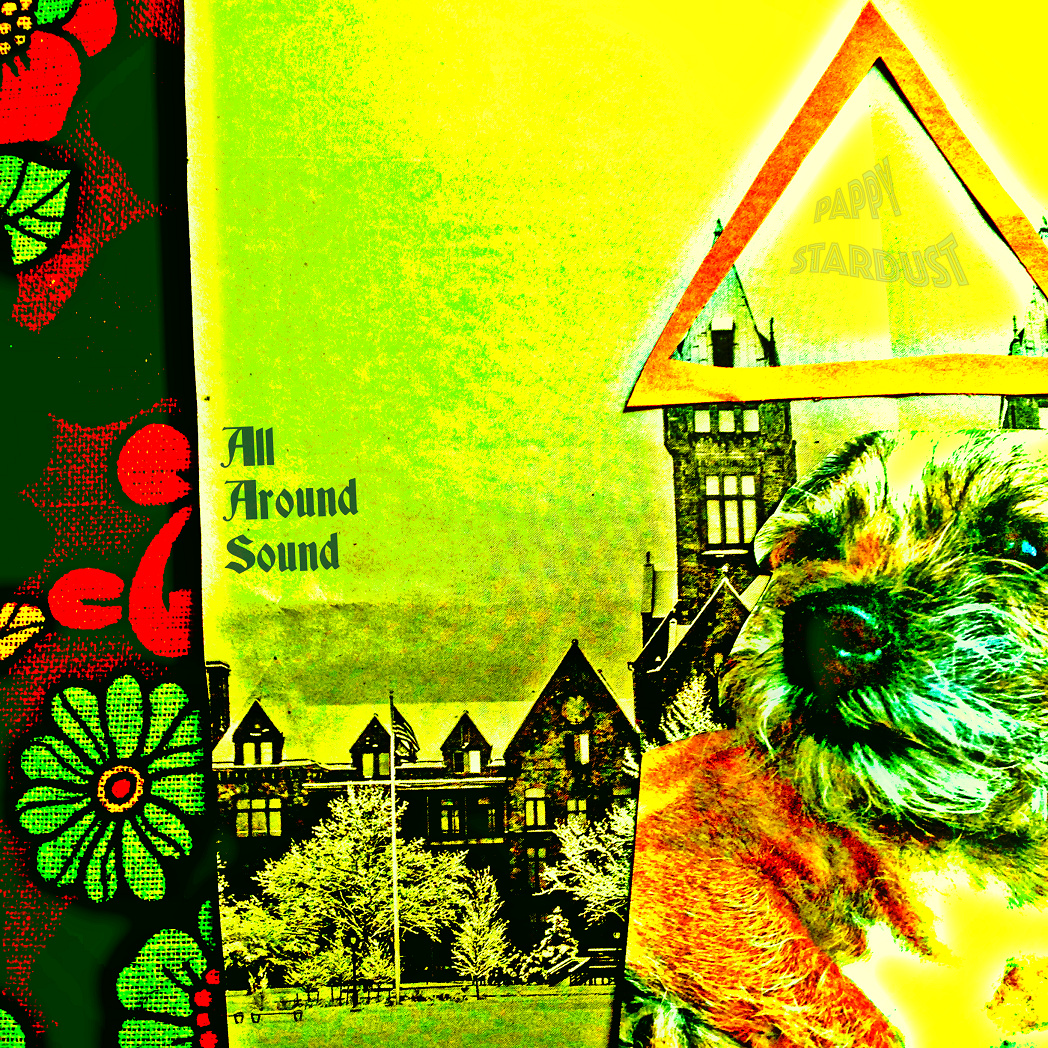 Whether or not “Pappy Stardust” is a silly homage to a David Bowie album doesn’t really matter, Steve Leszyk, the man behind Pappy Stardust, has released a killer LP called All Around Sound, this week’s Album of the Week.

“Space Gospel” is what the band’s Facebook page describes its genre as, and I dare you to find a better descriptor than that. The music features blues riffs swimming around under a ton of distortion and compression, while managing to stay heavily melodic. And while the album has an extremely uniform sound, each song is still completely it’s own entity.

All Around Sound carries the heavy blues-driven riffs akin to those of early Black Keys, combined with Tobacco-like compression and in-your-face noise, and Guero-era Beck interludes. It’s all tied together with a hint of Mac Demarco-esque “no fucks given” attitude buried in there, one that especially comes out on “Memory Of You,” the album’s closing track.

Opening up the album is “When She Walks On By.” Immediately, you get a feel for the record: melodic, yet every instrument seems to bury each other to a point where it’s really hard to tell what’s going on. This first track features some really cool tom work brought out by the insane compression on the drums (did I mention this album has a lot of compression and fuzz on it?).

“You Might Be A Computer” is a track that really draws the Guero comparison. Think “Earthquake Weather” without all the clean sounding stuff. One of the many impressive aspects of All Around Sound is the fact that Leszyk builds up songs in a masterful way, and like many of the album’s songs, “You Might Be A Computer” begins with a seemingly simple riff only to have layers and layers slowly added, leaving the listener with the increasingly more difficult task of figuring out what the hell is going on.

All Around Sound‘s first single, “Ebb Rider (The Wave),” features a lazy, spacey melodic riff as the intro, however, soon after with little to no regard for the timing, three power chords take residency for the rest of the five minute song. Again, its another song with a ton of compression, a ton of fuzz, and floaty vocals that are more meant to be a part of the composition.

This album is the ideal end-of-summer jam, and is worth the $8 it will cost you on bandcamp. You’ll get a jewel case CD complete with art and whatnot, as well as the instant gratification of a high quality download.