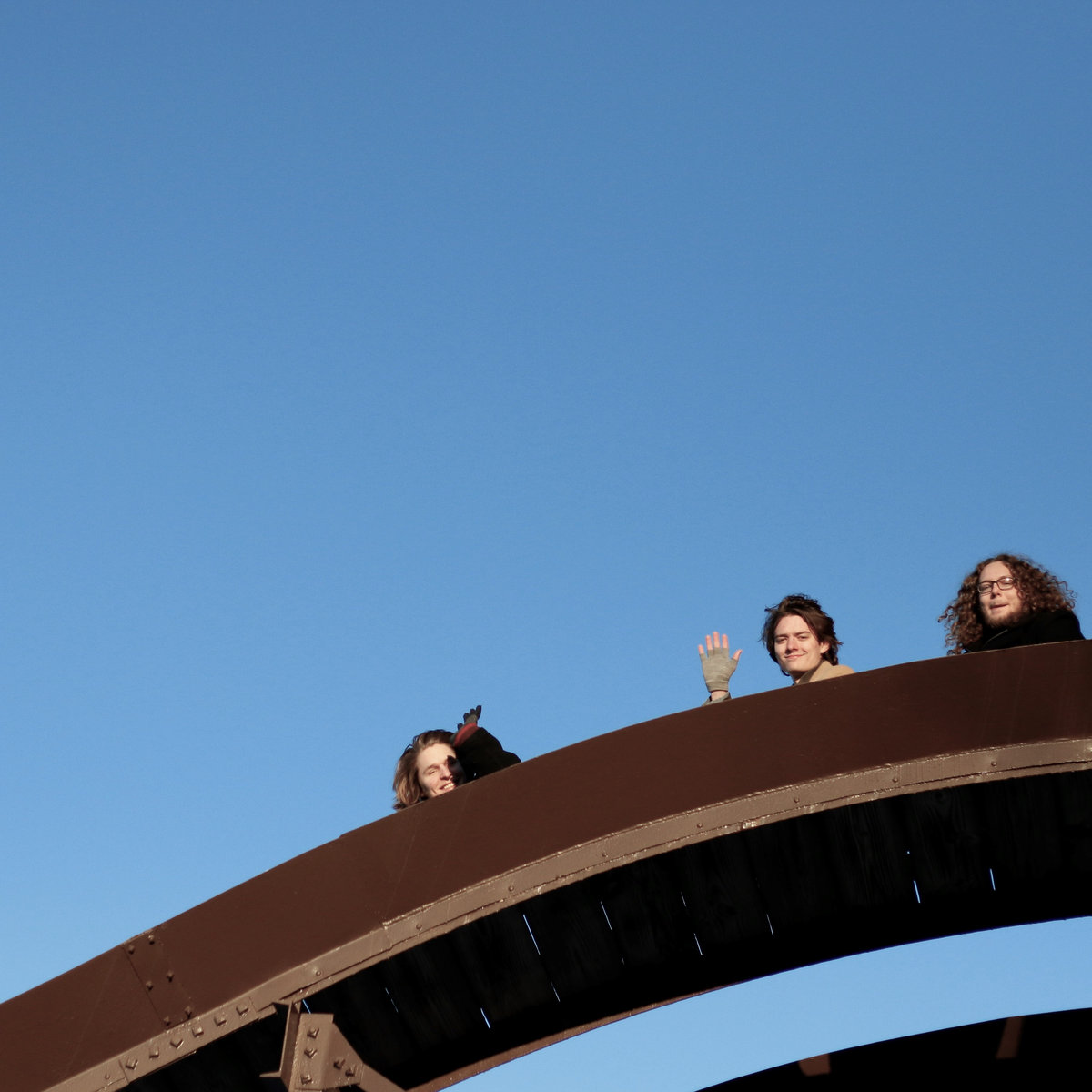 Nylon Otters have bid us all farewell with its newest – and final –, self-titled EP. Though pretty much everything they’ve put out has been noteworthy, this release is the most polished we’ve seen from the Buffalo indie act, and shows growth over the years that the Otters have been playing and recording together.

While they often found themselves stamped with a well-intentioned yet reductive comparison to a certain nineties grunge band some of us love and others love to hate, Nylon Otters were unfettered by perceived similarities. On this newest EP, we hear the influence of musical movements across the 20th century – a little grunge, indie rock, jangle pop, maybe even some math. With all these sounds mashed together, a Nylon Otters song is supremely recognizable, whether you’ve heard it before or not – and their sound was built by the prowess of only three people: vocalist/guitarist Logan Ross, bassist Emmett O’Connell, and drummer Kyle Pawlowski.

The members of Nylon Otters were somehow both simple and complicated songwriters. Though the melodies and guitar riffs on Nylon Otters are clean and mostly straightforward, the tracks often sound like parts of a bunch of different songs stitched together, with changes in time and melody as well as the occasional dissonant breakdown. The opening “24 and Counting” fits this description, moving from one tempo to the next, alternating time signatures, and even pausing before starting up with a brand new guitar riff. This happens again and again throughout the EP, but without losing cohesion or alienating the audience; each change within a song is unexpected, but makes sense.

This release is a testament to the musical maturity Nylon Otters has found since the band first started. For example, if you’ve seen Nylon Otters live, or have listened to 2016’s Demos, you might know the EP’s standout track “Gaba.” They’ve been playing this one at shows for years, but it isn’t just exceptional because it’s familiar – it’s a testament to the evolution of the band. While the song itself didn’t change a ton, we see maturity in execution.

The earlier version of the song (as well as the other songs on Demos) showed promise. It had the heart of a group of guys playing a song they just wrote, loud in their own space – which is probably what it was. The demo version of “Gaba” had the bare bones of something that would become great with years of testing and tweaking in front of a live audience. What results years later is a dynamic, finished product. In the EP version, we get a practically new song with the same essence; Ross’s voice is as gravelly and emotionally raw as it once was, and though the instrumentation is still organic and unrestricted, it’s all more refined and confident.

This confidence carries throughout the whole EP, and has been evident in their live shows as well. Nylon Otters has spent years getting to know themselves and each other as musicians, and have mastered their sound just in time to move on to something else. This new release is full of things we’ll miss about them: conversational, contemplative lyrics, catchy guitar riffs that open into crunchy choruses, compound time, and danceable moodiness.

While it’s tough to say goodbye, this is a bittersweet, incomplete end. There’s much ahead for each Otter – Logan has a solo project in the works, Kyle is going back to school to become an art teacher, and Emmett aspires to open his own bar. We might not see Nylon Otters again as an audience, but one good thing about bands is that even though they eventually end, the people keep going. And, best of all, the recorded stuff isn’t going anywhere any time soon.

Nylon Otters is available on all streaming platforms, as well as below.