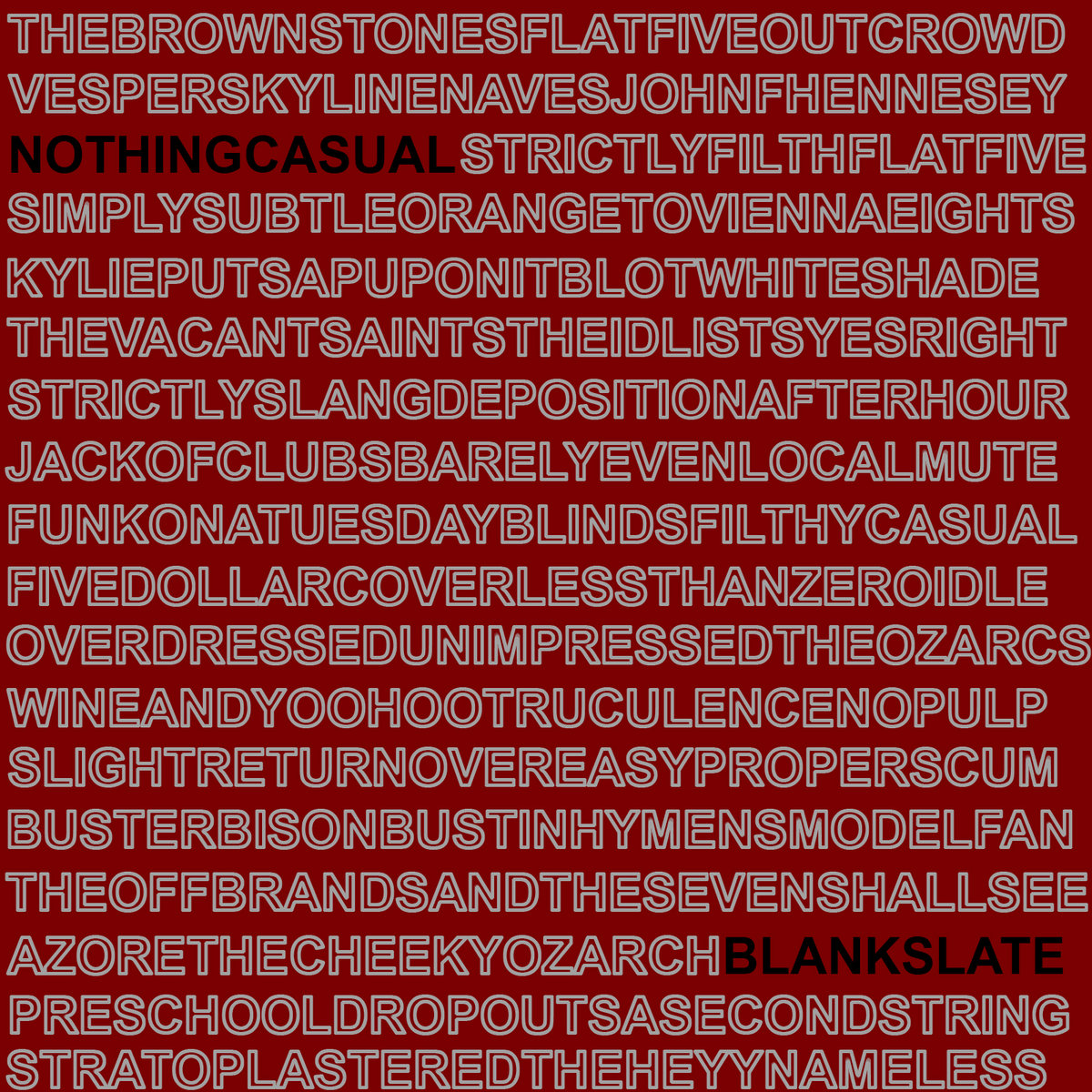 Funktastic guitar licks and striking solos quarterback “Breakdown,” the opening salvo of Nothing Casual’s Blank Slate, the band’s first release since rebranding themselves (they were formerly known as White Shade). Thankfully for Nothing Casual, the guitar work helps mask the rather off-putting vocals of Matt Sacha, whose unique delivery sounds just out of place here.

Blank Slate manages to recover rather quickly from its auspicious start on the following “394,” as Sacha’s mellow tones gel perfectly with the track’s indie pop sensibilities. Zach Moore’s howling guitars again work to pace “394,” as the band’s penchant for lush melody gets put on display. The closing “What a Shame” follows suit, with Sacha’s sleepy aesthetic perfectly complimenting Moore’s wailing riffs. The guitar-driven bridge during the song’s latter stages is a highlight.

The EP is raw and messy at times, but Nothing Casual do a yeoman’s job in clicking at the right times on Blank Slate.

Blank Space can be streamed and purchased at the band official Bandcamp page.