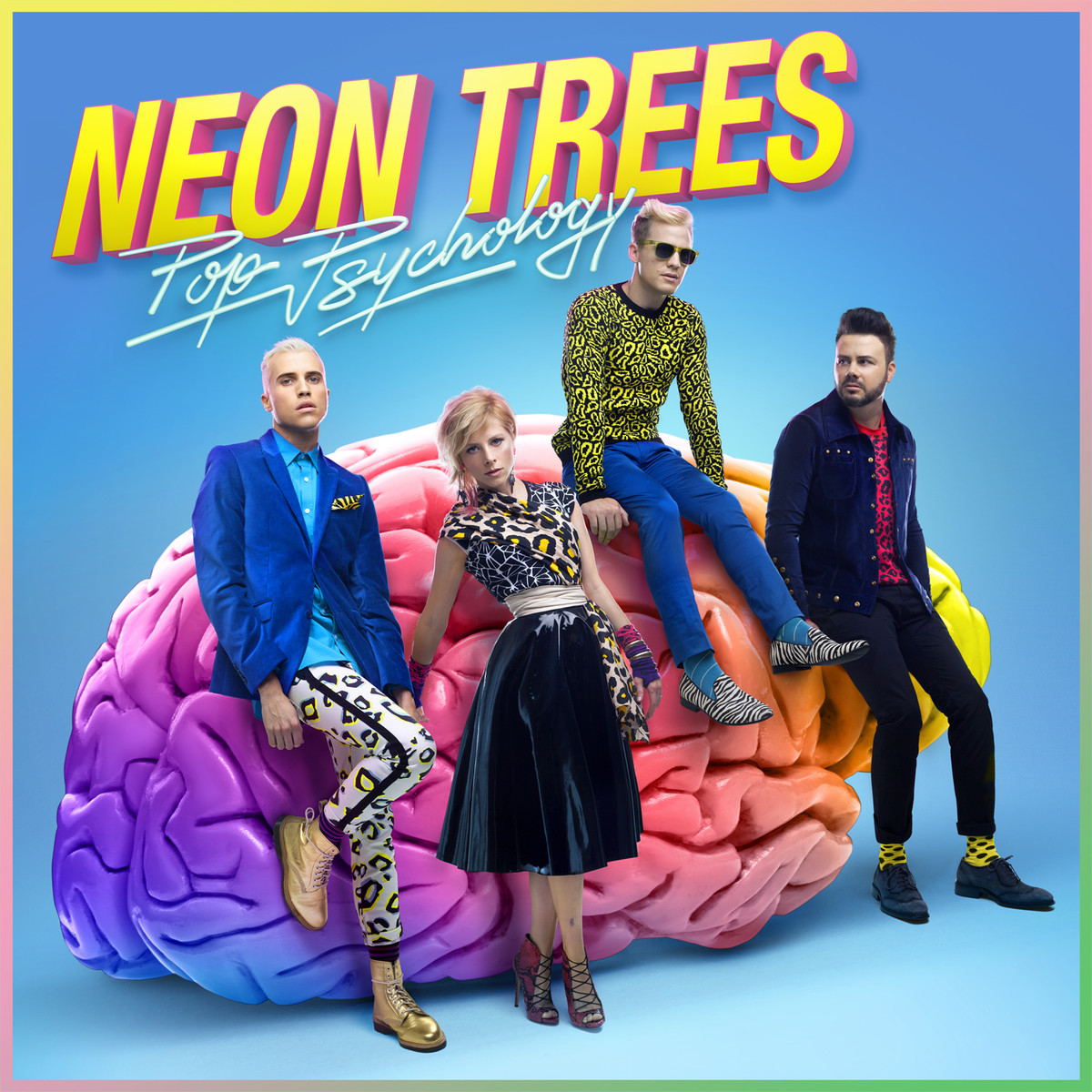 It was just four short years ago that Utah-bred quartet Neon Trees scored its first hit on the mainstream pop charts with “Animal,” and only two years since the group followed that smash with the irresistibly catchy “Everybody Talks.” The new wave pop group consisting of Chris Allen, Elaine Bradley, Branden Campbell, and Tyler Glenn, who are all decidedly of the Mormon faith, have thrown out some of their religion’s strict ordinances against drinking and sex when creating their latest album Pop Psychology. Lead singer Tyler Glenn’s recent revelation that he is gay, should also go against some of his religious teachings, but promises for an evermore-personal collection of songs lyrically.

Pop Psychology‘s first single, the very charming “Sleeping With A Friend,” maintains the group’s sonic presence of peppy pop tracks with a slight retro feel. Even the lyrics serve as the definition of the perfect “friends with benefits” type situation with lines like “We are both young, hot-blooded people. We don’t wanna die alone. Two become one, it could be lethal. Sleeping with a friend.” Compared to Neon Tree’s other hits, “Sleeping With A Friend” is a little slower and doesn’t have that same distinct quality to make it stand out as a worldwide hit, but nonetheless, it’s the type of song that pleases fans and keeps listeners interested in what’s next.

If that was just a taste, then “Love in The 21st Century” is a whole slice of different experimental music genres from its classic surf music guitar strokes to it’s modernized, pop vocal delivery. The band has been known to flip-flop on occasion when it comes to instrumental structure, from pop to retro rock roots, however, “Text Me In the Morning “ goes to show true dedication to modern pop with a new wave sensibility. This album is chock full of lyrics that relate to the contemporary generations of people, best seen in the chorus: “You tell me you’re tipsy; I tell you you’re pretty. We could spend the night if you’re still sure. But text me in the morning.” These types of songs make Pop Psychology a valuable asset to encapsulating the feelings and thoughts of today’s youth and coupled with Neon Tree’s infectious beats, a certain connection to the album begins to arise.

Following the same train of thought is the band’s take on young love all wrapped into the power pop jam “Teenager in Love.” A throw back to early 80’s rock anthems, this song starts with a much darker outlook on young love condensed in this short phrase “He’s a teenager in love. What a tragic attraction. What’s the point of romance?” In the whole slew of song’s on Pop Psychology, though, the group missed out on fully showcasing its vulnerable side, except on “Voices in the Halls,” where the slowly driving melody works to help highlight the somber feelings from a relationship ended too soon.

As it stands, Pop Psychology is a valiant effort for Neon Tree’s third studio album, despite Habits and Picture Show standing as stronger overall collections of songs. While not an album to avoid, it’s just a surprisingly mediocre release from a group hot heeled off the success of multiple chart toppers.