Maybird – Things I Remember From Earth 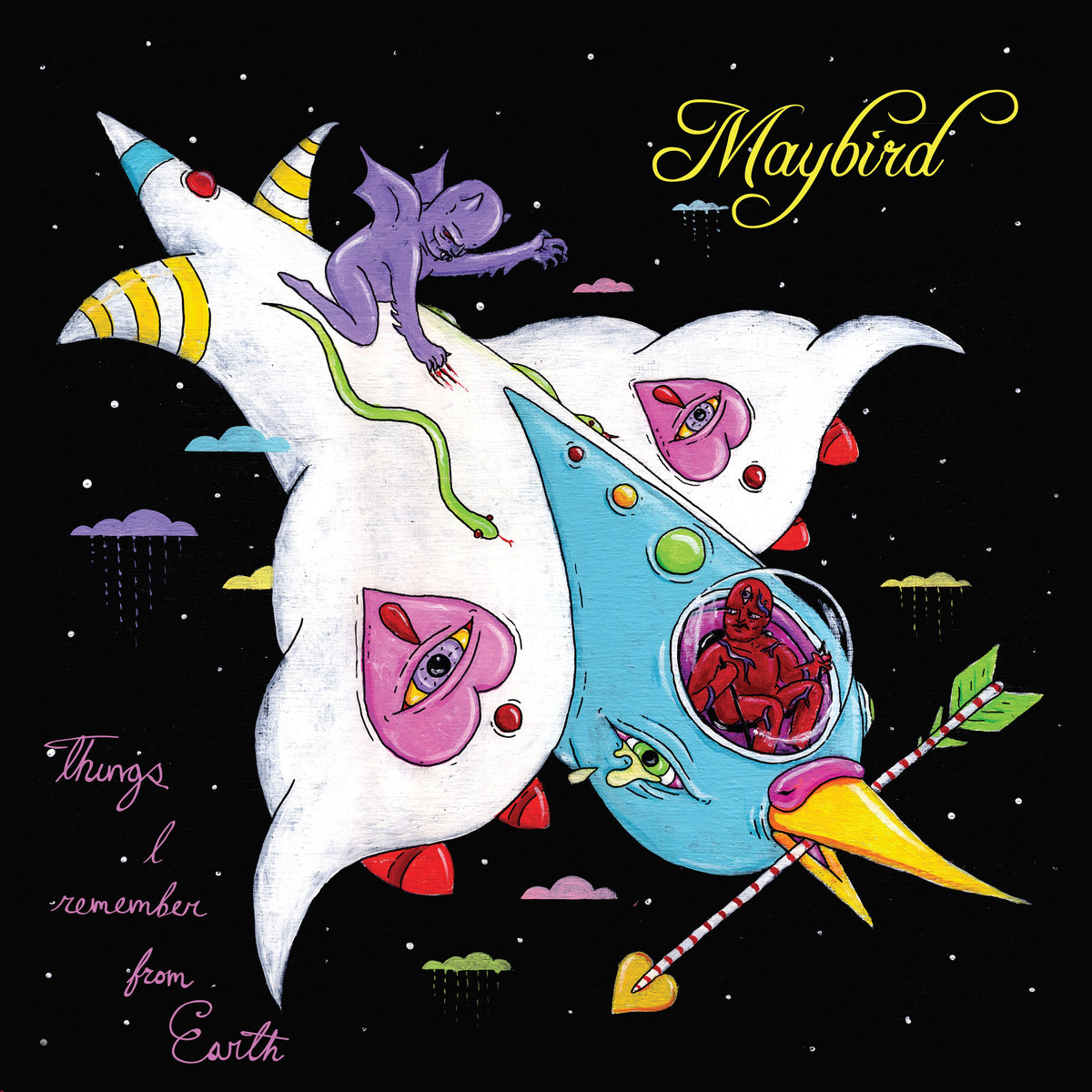 “Earth weighing you down? Take an intergalactic trip with the latest effort from Rochester’s very own Maybird. Things I Remember From Earth, the band’s first release since 2017’s ‘Unraveling’, which had The Black Keys’ drummer, Patrick Carney, at the producing helm, sends the listener on an upward trajectory that happens to be highly infused with technicolor, rock n roll riffs, and dance grooves.

The second track, “To You,” and the first dosage of pop melodies on the album, displays a pleasant view of hedonism. Or better, what to do to reach a person who has become wrapped up in the world of pleasures. The vocal’s plead in a soft voice to “Stick around a little bit longer/Mix it up a little bit stronger/ This is the best I ca do to get through to you.” The sentiment becomes reinforced with high end back up vocals reminiscent of Motown, and then the chorus is introduced with a large drum hook.

Perhaps the most aptly titled track on the album is the third,  “You’re Gonna Lose Your Mind.” Maybird does not joke around. A rolling drum beat that sounds like a military war drummer properly dosed with LSD, barrels on for three minutes. Vocals mixed with high reverb offer up sentiments of pure paranoia with, “This is in your head/But you can’t be sure,” before the chorus blossoms into a full psychedelic rock freakout. The one line chorus, “You’re gonna lose your mind, you’re gonna lose your mind,” is accented with a tasteful brass section.

Though it appears problems with love exist on the planet that Maybird hails from. ‘Don’t Keep Me Around’, a love song with an age-old sentiment, begs the question ‘What am I to you?’. This track contains a synth heavy mix. The main riff is a combination of a dry bass lick with a keyboard sound reminiscent of pebbles being dropped into water.

The title track, “Things I Remember,” finishes out the album. Drawing close, but never making contact throughout the entire album, ‘Things I Remember’ vocal’s touch exclusively on a Jake Bugg sound. Crisp. Clean. And full of so much yearning that the listener feels it in the pit of their stomach. As is tradition with psychedelic rock/pop, the album wraps up with a fade out jam, highlighting Maybird’s cohesiveness as a unit. In conclusion, the album has mastered synth and keyboard sounds to make ones’ inners move like a lava lamp. The drum and bass section could not be any more tight if they had been weld together on the bottom of a Navy ship.

So, I implore you, take Maybird’s psychedelic trip to space, and maybe you’ll be able to remember things you learned from earth.