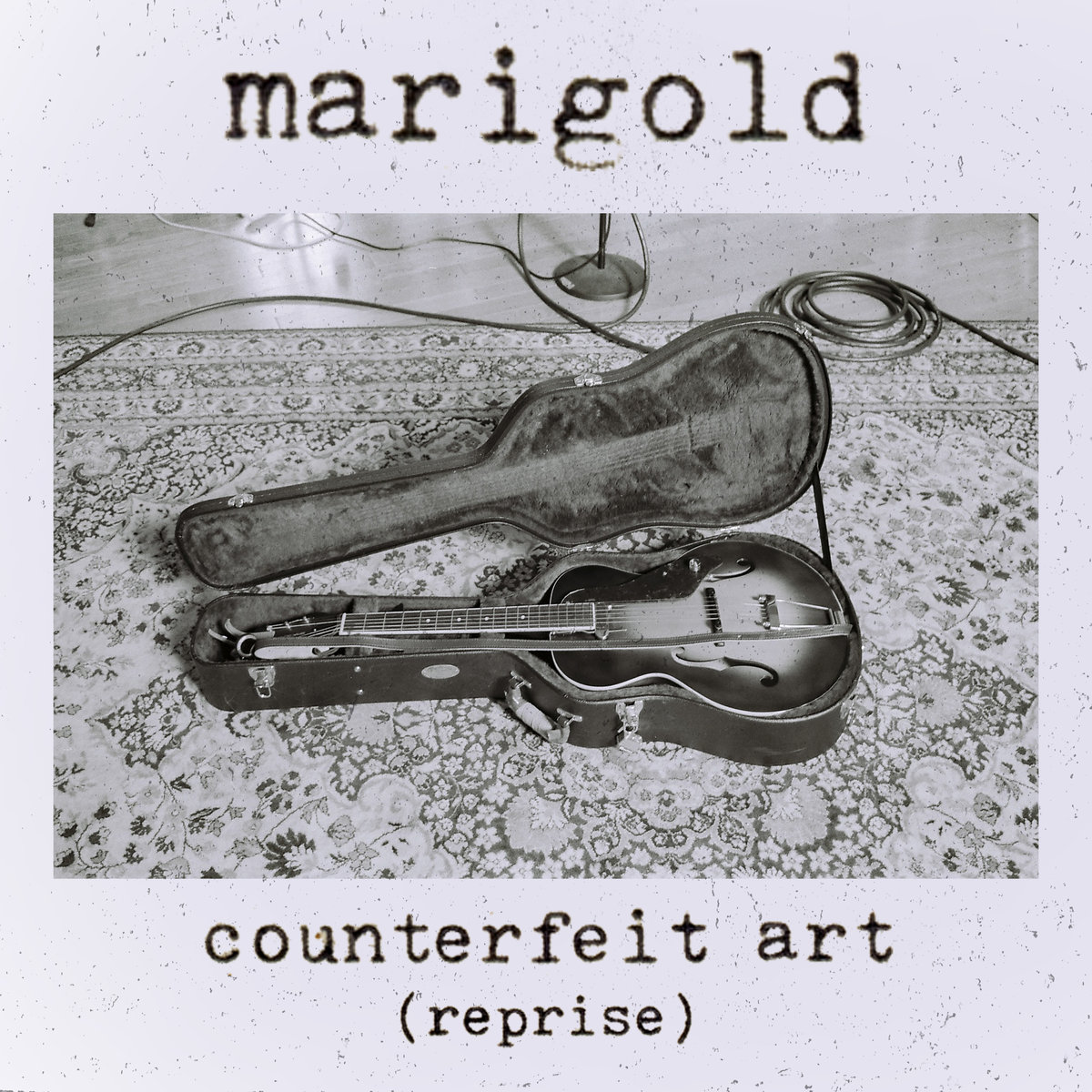 Early last year, Marigold (aka Benjamin Lieber) put out an EP packed with shimmery, dreamy emo-pop called Counterfeit Art. Full of fully fleshed-out songs, the EP was almost entirely written and performed by Lieber (with a little help from bassist Alexander Matos) at GCR Studios with Jay Zubricky. As any determined solo artist will tell you, it’s tough to acquire and keep a full band going… So Marigold is now predominantly an acoustic act. His latest EP, aptly titled Counterfeit Art (Reprise), embraces his newfound approach with a fresh acoustic take on five of the songs from Counterfeit Art.

“Foothold (Reprise)” is a gentler take on the driven emo rock of the original “Foothold.” Lieber’s debut EP was reminiscent of the new wave of emo dream rockers like Turnover or Citizen… But “Foothold (Reprise)” is a good introduction to Marigold’s impressive range. Here, he trades a full drum kit and distortion pedals for shakers and acoustic guitars. Same goes for his beautiful take on “Salt,” which now has a sunny disposition and a delightful piano accompaniment. Make no mistake, Lieber’s passionate emo delivery remains, complete with harmonies soaked in sincerity.

Other songs on (Reprise) have more in common with early 2000’s Bright Eyes or Sufjan Stevens. “I Built It All On A Lie” and “Run that Body Down” have evolved into swaggering folk tunes, now noticeably swung instead of straightforward. “Days Bleed Into Months, Bleed Into Years (Reprise)” is as stripped-down as they come, boasting sparse instrumentation with a “miles-away” vocal approach.

In true Manchester Orchestra fashion (Hope/Cope style), Marigold has turned an already fantastic group of songs into something fresh and new. Counterfeit Art (Reprise) is certainly worth a listen – check it out via Bandcamp.