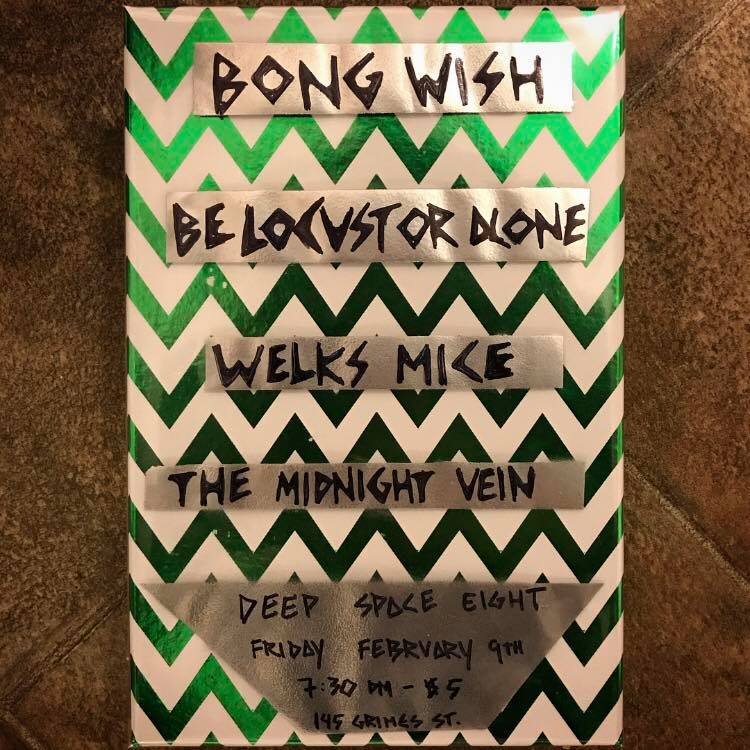 Lovers of the tripped out, fantastical British folk music that fired up Led Zeppelin and Donovan simply have to get to Deep Space 8 tonight to check out Bong Wish, just in from the magical woods of ancient Massachusetts to play us some songs from their delightful eponymous debut EP. Rounding out your magical evening will be a stacked bill featuring local art blues rockers be locust or alone, true soldiers of love and good vibrations Welks Mice, and the live debut of lo-fi psych rocker The Midnight Vein (aka John Toohill), who’ll also be celebrating the release of his eponymous debut tonight, as if that wasn’t enough for you already.

It’s a pay what you will situation, with a minimum donation of $5 to cover Bong Wish’s gas money, so be cool. Doors open at 7:30pm and music at 8:30pm.