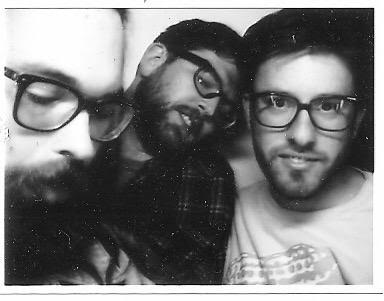 Fuzzy slime garage trio Kharlos is set to release its debut EP/cassette Don’t Think About Dying at My Party on Saturday, September 12th. Featuring members of Merchants, ronaldraygun, and Space Wolves, the three-piece has kept a pretty low key internet presence, quietly dropping a debut track early this summer, up until now.

Today, the group has shared the first single from the forthcoming cassette, set to be released by local tape label, More Power Tapes. “Work” sounds like the daylight peaking in the windows of a mildew-y basement. Grimy yet peppy, fans of Fidlar or the Black Lips should dig the tune. Look for a music video for the single to premiere sometime next week.

The trio will be celebrating the release of Don’t Think About Dying at My Party at Dreamland along with Sixties Future, Dante Velour, and (redacted). Admission is free and a tapped keg will be waiting for you. In the mean time, check out “Work” below.