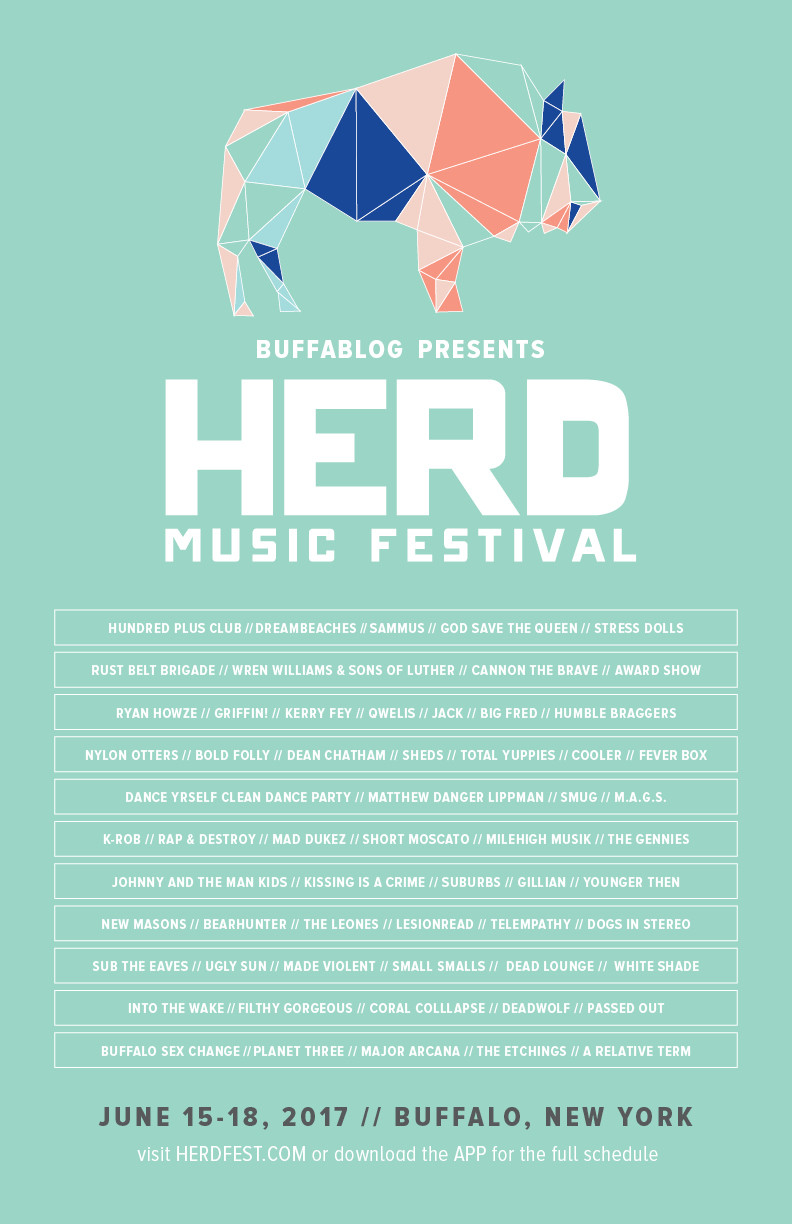 After months of preparation, today we are pumped to announce the line up for Herd Fest 2017. Our goal when putting together this festival was to bundle as many as the up-and-coming, buzzing bands from Buffalo and beyond and package them into one four day festival.

Ticket prices range based on the event, but if you are looking to attend multiple shows over multiple days, it might make more sense to buy our all-access pass for $20, which will save you some money in the long-term.

E-mail herdfest@gmail.com in the meantime if you have any questions. See you June 15th!