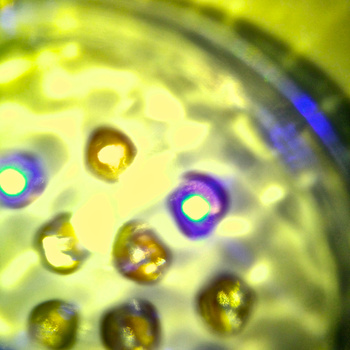 There’s a romantic charm to being lazy, especially when it involves sunshine, warm sand, and an expanse of blue ocean an arm’s length away. It’s one that we all lust after, on our busiest of days, on our not-so-busiest of days. This is the charm that Joey Mason has managed to capture on his latest 18-song release, Lazy Beach Baby.

The title characterizes the overall theme and sound of the album pretty darn well. With fuzzed out vocals, reverb-laden guitar riffs and the occasional smooth tenor sax line, you are transported to a breezy landscape. Think down tempo surf rock with a little more spaciness. Stylistically, the instrumentals share the same pep that a band like A Great Big Pile of Leaves has, and the vocals bear a pretty apparent similarity to a more mellow Julian Casablancas.

The beach aesthetic is plenty mentioned. On the song “Baby Baby” Mason sings “Let’s lay here lazy, lazy / A Sunday morning may be / the end, the end / So long to my mind / It drifted away / floating underwater in the Everglades / The Sunshine State makes my body feel okay.” Despite the frequent recurrence of the theme, each song has its own alluring quality to it. They are unique little pearls that stand just as well on their own as they do together.

Amidst the fanning calmness of each track, there is a darker undertone woven throughout the lyrical content. In my head, I’ve imagined the speaker as an apathetic beach bum who is battling with the sleepiness of everyday routine, the fear of loneliness and abandonment, and the desire to live in a perpetual state of weekend haziness. The song “Moon Rocks” captures this perfectly: “I’ve been feeling selfish / Red eyed and helpless / I’m a long way from home / But I’ve got sunshine.”

This album stands out as a noteworthy creative statement. It’s easy to listen to nonchalantly, but also just as easy to tune into and be overtaken by introspective thought. I think all of us in one form or another are that “apathetic beach bum” who is pining for better days and all too fearful of the stark realities of life — for some, that persona surfaces like driftwood, for others, it may be buried deeper in the sand.