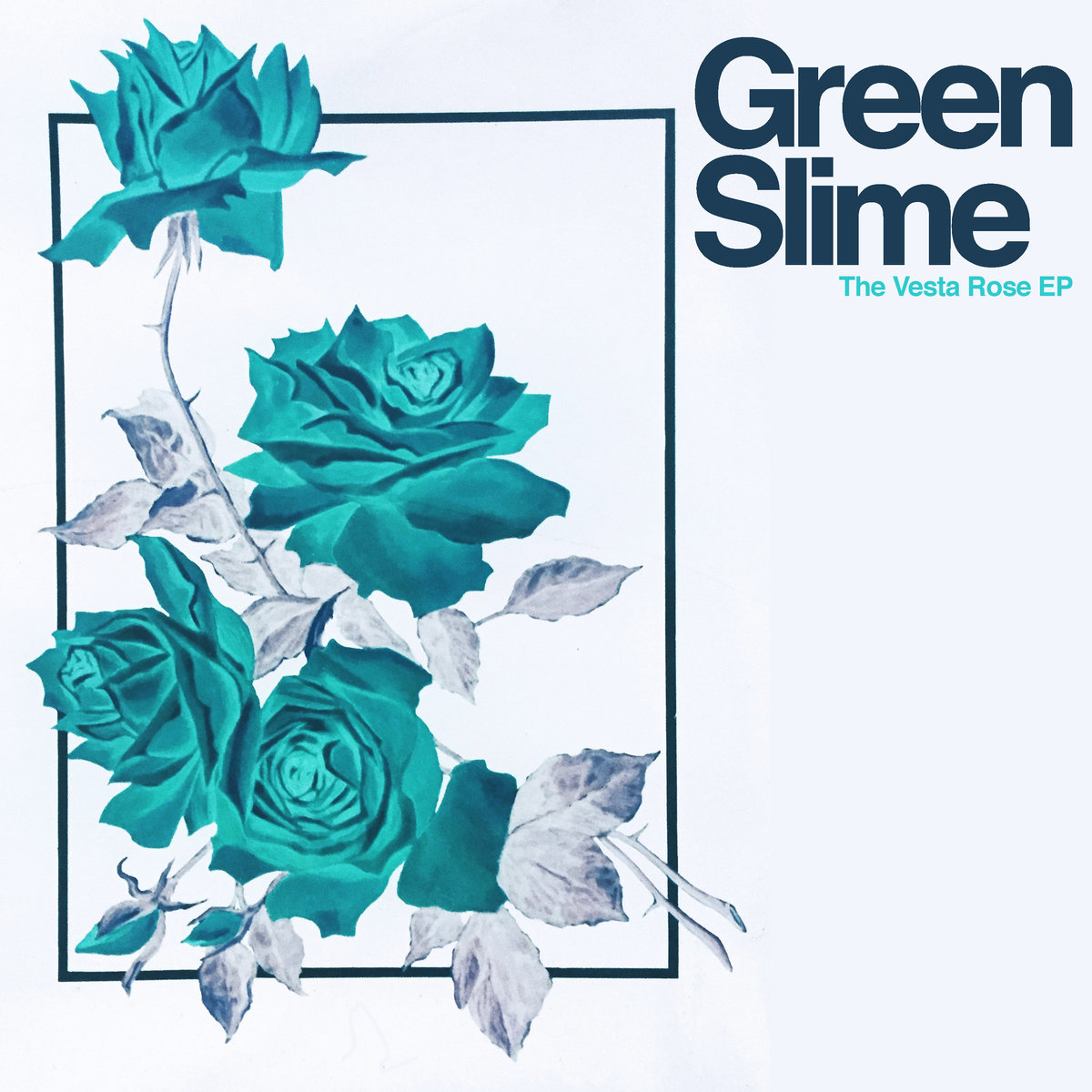 Buffalo two piece, Green Slime construct an energetic throwback experience on their new EP, The Vesta Rose, a follow up to their self titled full-length LP from September. Blending together grunge, indie, and pop-punk, the duo consisting of brothers, Eric Ellman on guitars/vocals and Blake Ellman on drums, aim to recall a particular moment in rock history while also adding a bit of modernity.

Green Slime’s primary vein on this new EP is grunge, and it’s something the band is able to manipulate well. The tone of the guitar has a guttural quality to it that really captures that 90s grunge grit that became a staple of the genre. Especially here, that tone is needed, not only to evoke the genre, but in order to fill up all the sparseness that exists. As a two piece, the band consists only of a guitarist and a drummer. Unlike a group like The Black Keys, who fill up some of the sonic gaps with dynamic blues riffs or other bands that use different chorus pedal effects. The guitar here is basically doing double duty. On top of this framework sits rather melodic vocals that float between indie and pop-punk.

Tracks like “Ames 45” show off Green Slime’s songwriting chops best, consisting of some mosh inducing rhythmic drum cymbal crashes that are pushed along by the guitar work which is happy to stay consistent, not wanting to disrupt the groove by way of going into an extended solo. Think what a band like Kyuss did with their guitar, blending it into the bass rhythm. Track “Hovering Eye” is another stand out, that ends in a breakdown reminiscent of an Electric Wizard dirge. These particular moments, where the band moves away from only being a grunge/indie band, are short lived on the EP, but the hints we get show what the two piece is capable of.

Green Slime make good use of the various elements that influence the members to create a nice sounding, driving record. There are times where things are possibly too much on the nose, like the cover of L7’s “Pretend We’re Dead.” Like any successful cover, it’s beat for beat like the original. Which certainly isn’t something to disdain, although the band could go to lengths beyond to make the cover stand out as a piece of music unique to them, something they can take ownership of.

Physical copies of the album will be available through RubyDisc and you can listen to the EP in its entirety through Green Slime’s bandcamp page.