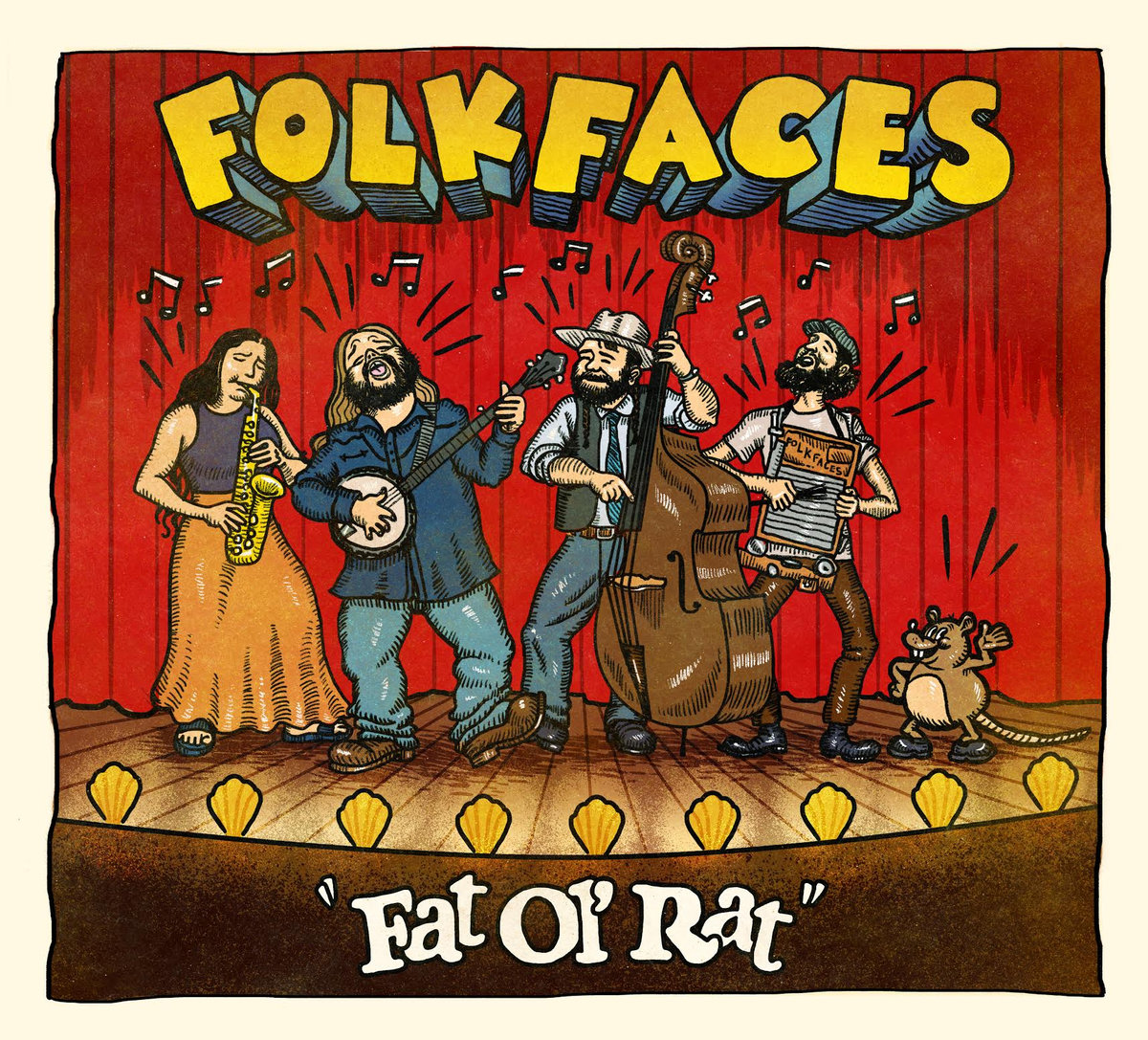 Buffalo’s rowdy roots rock quartet Folkfaces just released their sophomore album Fat Ol’ Rat. With their signature blend of raucous jazz and blues, the quartet has further refined their sound since their debut release How Long? in 2017. Anchored by the virtuosic multi-instrumentalist Tyler Westcott, the group also features local sax powerhouse Ellen Pieroni, upright bassist Patrick Jackson, and washboard wunderkind Dan Schwach. It’s fairly easy to hear the influences of Pete Seeger, Woody Guthrie, Dave Van Ronk, and Django Reinhardt on the band’s sound, but to stop there would be fairly limiting. There’s also a healthy dose of jazz, jug band, and even punk that round out their very eclectic sound. Without doubt I believe Fat Ol’ Rat is the band’s most successful album, as it captures the high energy and intensity that is ever present at their live shows.

An absolute barn-burner from start to finish, Westcott’s rambling rapid fire delivery is especially apparent on the title track. The band does an excellent job of showcasing their softer, slower side on tracks such as “Lucky Stars” and “By My Side,” and the beautiful waltz “Sun Is Setting.” These strategically placed tracks do a nice job of providing a brief sonic respite that shows the band is far from a one trick pony. It’s very easy to hear the Django Reinhardt influences on the blistering instrumental “Oui Swing” which features the group trading solos, including a standout washboard solo by Schwach. There’s also a fabulous cover of Ola Belle Reed’s heart-wrenching ballad “Undone in Sorrow.” They manage to put their own spin on it, while still remaining true to the spirit of the original. Another standout is the hard driving “Blood Money” which opens with a blistering guitar solo by Sean McNamara. Without giving away too much, there is a “secret track” on the album that rewards listeners who are willing to find it.

Westcott has proven himself to be a consummate musician, and the current lineup of Folkfaces heightens this tenfold. Seemingly always on tour, I highly suggest catching one of their live shows if you’re able.  At the very least this album is definitely worth a listen, as it does a marvelous job of capturing a group of dedicated musicians in their prime.