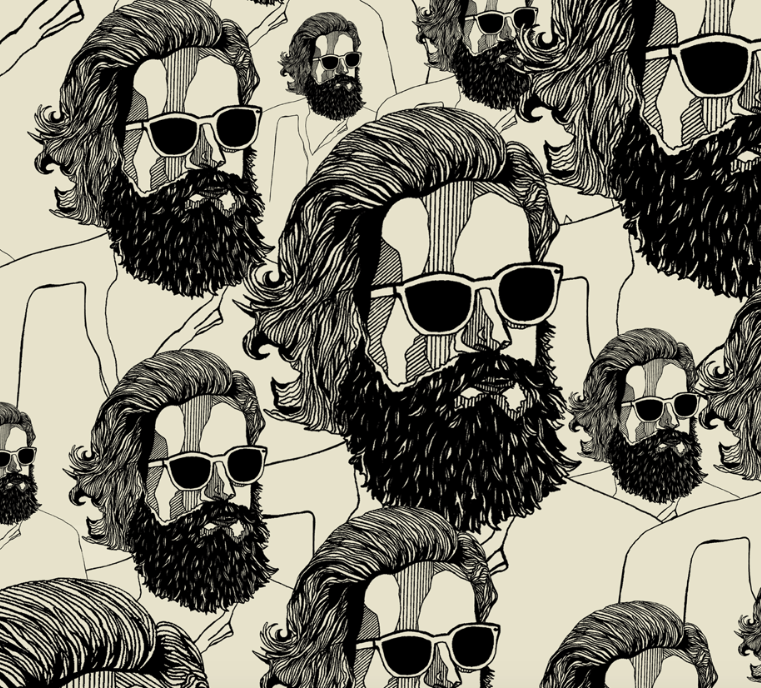 Funny story: went for my long overdue physical the other day (it’s been a few years, and the one I had scheduled in March got postponed after my heart attack… d’oh!) and the nurse had a few recently added extra questions at the end. “These last 2 weeks… have you felt depressed or unable to feel joy or enjoyment? Anxious and unable to sleep? We’re asking everybody.” I had to bust out laughing and respond “well… those are some loaded questions…”* Clearly the last two weeks have been a little rough, and unlike anything I can remember (fact: I’m in my early 40’s and I ain’t ever seen fecal matter like this before), probably because two weeks ago the course of this country was set for DANGEROUS WATERS, and folks are trying to cope with the new now however they can.

Some folks are probably still on the couch staring into an abyss or two while others are rallying in the streets, or showing solidarity with Americans now more under pressure than ever online and even in real life. Many artists are answering the call: bands like Dreambeaches and Humble Braggers are donating their art to the cause; or making art  for this moment as well as the future to come, like one Josh Tillman, aka Father John Misty, reigning grand old enfant terrible and sex god of the global indie rock scene. Having previously spent 2016 touring behind I Love You, Honeybear, giving quotable interviews, getting into a public public urination duel with Tim Showalter, aka Strand Of Oaks, and venturing near Kanye territory (sorry; hope Kanye gets that help), FJM is back with a new single “Holy Hell” that’s a naked and jarringly honest response to the election and the the state of the nation, and it’s everything right now.

I’ll be honest: I was expecting some of the patented Father John Misty snark that’s defined much of his oeuvre, if nothing else because it’s one hell of a coping mechanism for the looming fecal matter storm to come, but no, Tillman drops all the facades to instead bares his soul, and it’s genuinely scary. He gets right to the point-  acknowledging that we’re in the fecal matter now and lamenting our now very wobbly American future. But most surprising is the fact that “Holy Hell” finishes on a defiant note of community and resistance, reminding his “friends” that “the world won’t end unless we want it to,” and that it falls to us to make real choices about our lives. Let’s be honest with each other, that almost qualifies as a call to arms from this guy, and if this snarky yet incisively perceptive SOB is sounding the alarm too,  along with all the historians, intellectuals, artists and activists, we might have to do more than just listen.

* Oh yeah, for the record my answers were “yes but I’m coping” and I’m still very much able to feel joy. As far as my general health I’m making excellent progress thanks to a healthier lifestyle and cardiovascular exercise… so I’m better prepared for Thunderdome.