Del Paxton – All Day, Every Day, All Night 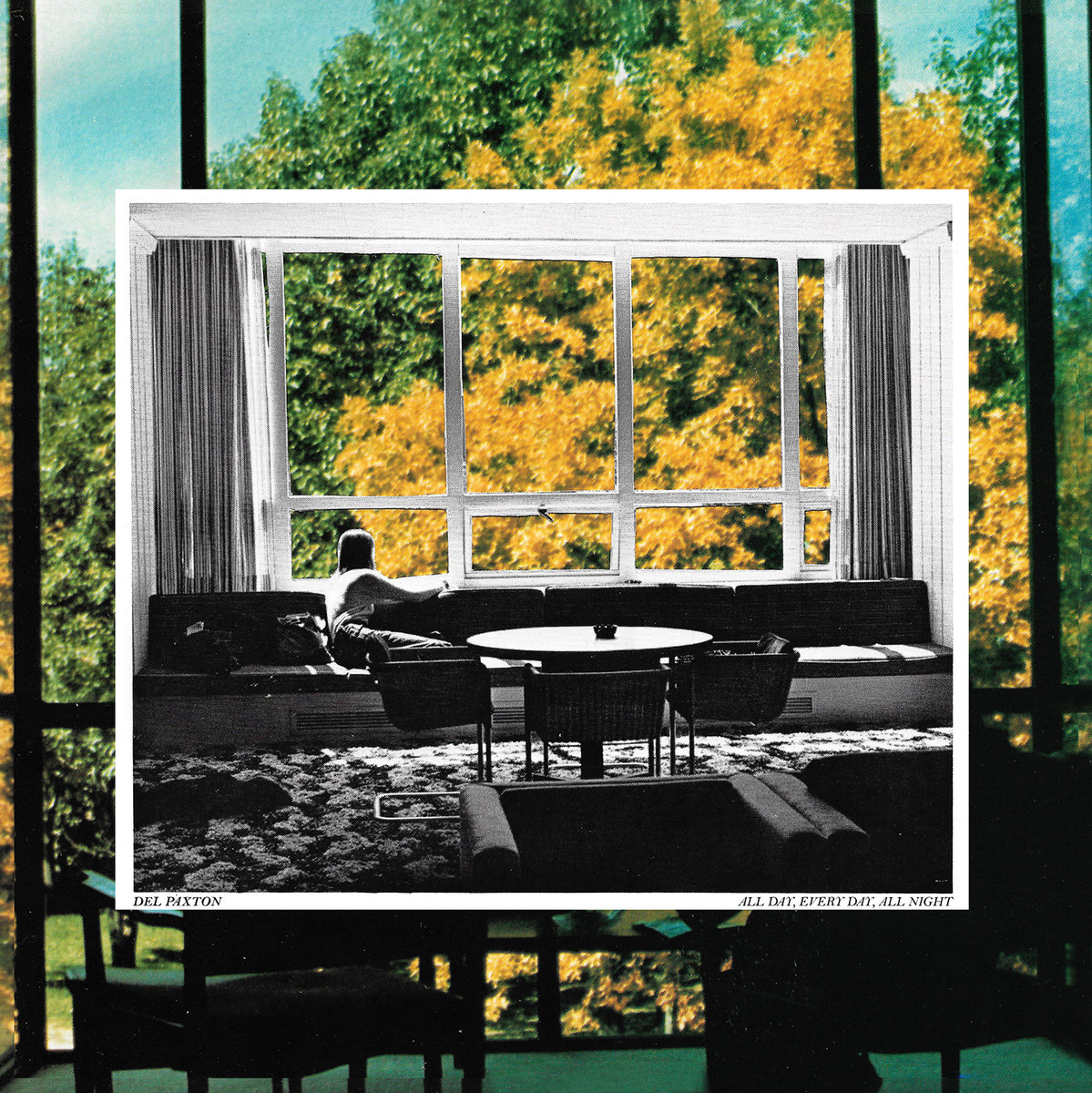 What’s left for us to say about Buffalo hometown heroes Del Paxton? Dylan England, Zach Schoedel, and Greg McClure have been keeping our hearts thumping in odd time signatures for the last four years. That span of time has seen the trio rise from basement-shredding all-stars to their current gig, a coveted spot on the Topshelf Records roster. At the advent of last year, Del Paxton bundled up with Jay Zubricky at GCR studios here in Buffalo. Those sessions eventually became their first full-length, All Day, Every Day, All Night.

Album opener “My Other” is a nod to Buffalo city-living, referencing the maze of one-ways that one might encounter on the wrong side of Richmond Avenue. From song one, it’s obvious that stylistically, Del Paxton have stuck to their guns, and rightfully so – it’s what has made their previous two releases so enjoyable. Their brand of mathy, indie-flavored emo specializes in time signature jumps, jazz flourishes, and unique polyrhythms. It’s all packaged neatly into catchy, pop-minded songs.

We’ve been enjoying album highlights “Koolwink,” “Take It To The Limit,” and “Wrong Distance” for a few months now, but there is much more to delve into on All Day, Every Day, All Night. Fans of Del Paxton’s live show will recognize “Loose Leaf” and its frantic breakdown, especially the old-school punk beat that drummer Greg McClure tosses in mid-song. In what might be a nod to “The Ninety” (from their debut EP, Worst. Summer. Ever.) “Coast to Coast AM” pulls in on an “I’ll be on my way back home” motif, and listens like it could be the interlude on Jimmy Eat World’s Clarity. Album slow burner “Green House” finds the band pushing themselves to explore the limits of the quiet/loud dynamic, while simultaneously navigating the polarizing dichotomies of living in an up-and-coming city like Buffalo.

Vocally and lyrically, Schoedel and England trade turns barking memorable lyrics and melodies, the kind that were made for passionate sing-alongs via the mosh pit. Their voices work so well together, its easy to forget just how many harmonies are jammed into thir songs. They have a knack for writing lyrics that, upon first listen, feel like you’ve known them forever. Maybe it’s the omni-relatable, day-to-day minutia that England prefers to write about, but I think deep down, Del Paxton excels at writing the kind of songs that beg for the repeat button.

All in all, Del Paxton have created music that begs for a passionate session of air guitar, though it’s doubtful that one could ever nail every nimble transition and riff. They have taken a bunch of fun, angular songs and polished them all to a smooth shine; and yet, All Day, Every Day, All Night sounds endearing and retains its sincerity… just three friends having fun and jamming together in a room somewhere cold.

If you like All Day, Every Day, All Night as much as we do, be sure to swing by Del Paxton’s Bandcamp page and snag a vinyl, cd, or tape.