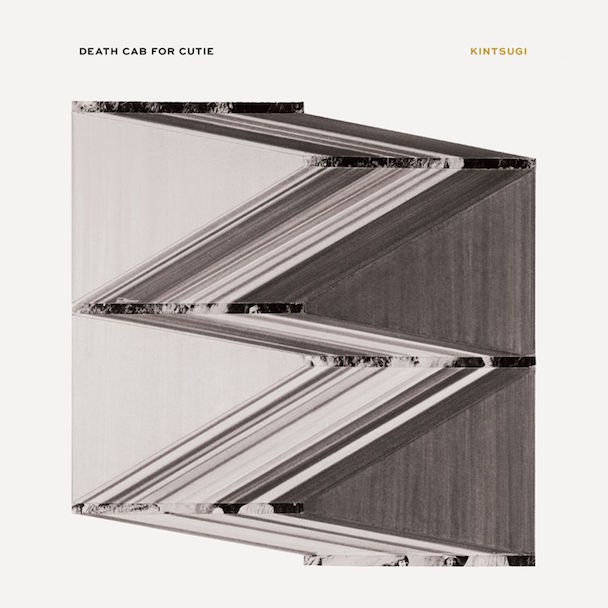 Indeed, with its synth flourishes and electronic left-turns, it does ring of a band that’s struggling to maintain its identity while still growing musically – albeit one that’s doing it fairly successfully.

Kintsugi mostly follows in the electronic-tinged footsteps of its predecessor Codes And Keys, but while maintaining the sense of heart and intimacy that has made the group among the more interesting in indie pop.

Gibbard evokes a stark, forbidding landscape with space for relationship conflict in the most straightforward rocker “Black Sun” – a piece which begins with an “I Am The Highway”-like riff that progresses unexpectedly into cascading riffs and an awesomely static-y guitar solo. And on “Ingénue,” he tells of a young woman ignored and under-appreciated over a slow-building, electronica influenced power ballad.

Not everything is so effective, though. For every gem like “You’ve Haunted Me All My Life” – a gorgeous piece of heart-baring balladry – comes a dud in the vein of “Binary Sea,” a sappy album-closer that drags with overdramatic piano and drums, and an “Ooo” chorus that’s as boring as it is cliché.

And then there are songs which find a comfortable middle-ground between the beautiful and the banal. “Everything’s A Ceiling” comes off as damn-near smarmy between its over-produced, dancey instrumentals and its Coldplay-esque chorus: “So what am I supposed to do? / I’m calling out to you.” But the end result is more moving than cheesy.