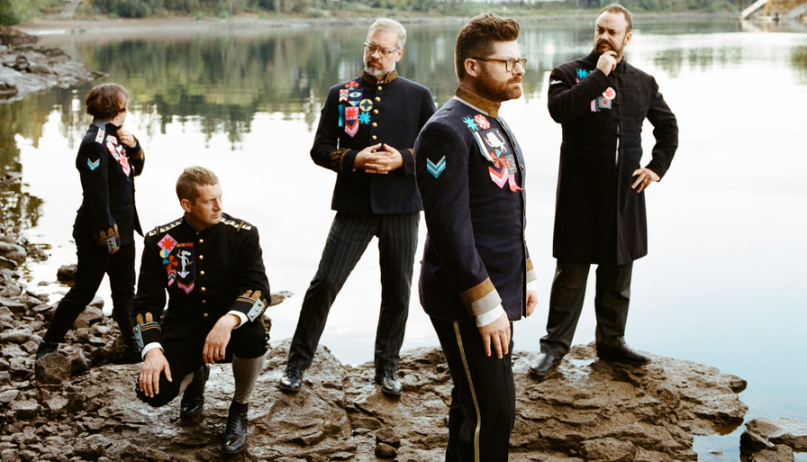 Portland’s hyper-literate, indie-folk rock act, the Decembrists, have amassed many accolades, from Grammy nominations to well-documented participatory live shows. Perhaps the most impressive thing about the group however is its consistency of strong material.

Since the band’s inception in the early 2000s, the Decembrists have released one phenomenal album after another, leading to many debates (as is oft the case among great bands) about which album is the creme de la creme, the focal center. My personal favorite remains the Hazards of Love, for many reasons. It caught me at the right time, and I could heavily relate to the character arcs and the bold, exploratory nature of the music. Thematically, it was a powerhouse, tempered by a vibe both subdued yet somehow startlingly open. (Feel free to debate this is the comments section. Everyone’s a winner in these kind of arguments.)

Tonight, the Decembrists will be regaling us with Colin Meloy and crew’s tales of love and loss as they impress upon University at Buffalo’s Center for the Arts, along with Toronto indie buzz band, Alvvays, beginning at 8pm for a sold out show

This will mark the third time the group has played the CFA’s Mainstage Theatre and from what I hear, expect some interesting surprises this time around. Catch rock’s most well-read band and fall victim to its stories, because you really have no other choice.