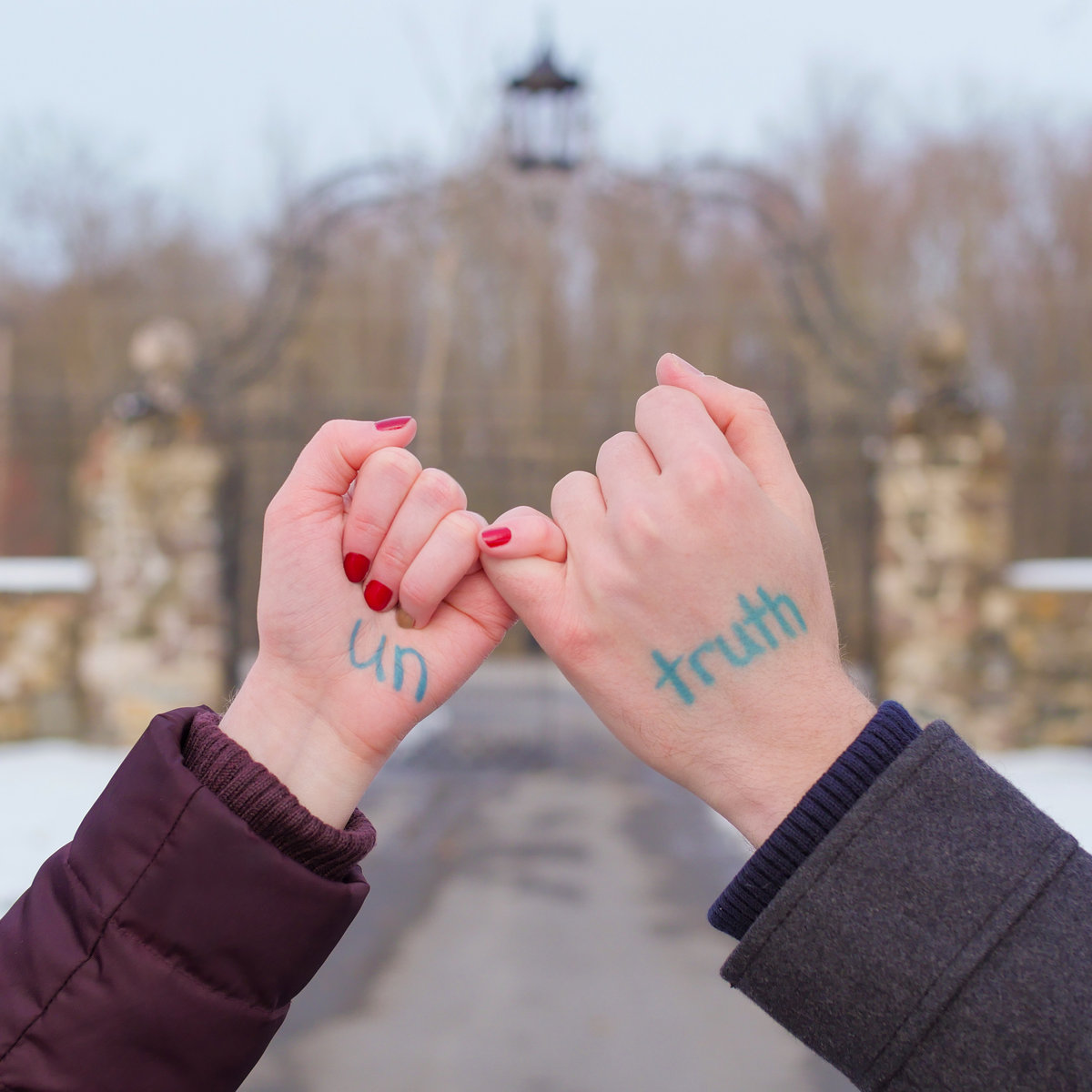 What do you get when you cross Weird Al Yankovic with a sociopolitical agenda? The answer is Darth Nater. The musical force, which is driven by singer-songwriter Nate Noworyta and his skilled guest musicians, which include saxophonist Alec Miller and drummer Christian Bowman, have released a twelve song album titled Untruth.

Please, do not take the Weird Al comparison as put-down. He is a musical genius, and Darth Nater are hot on his heels. The proof is in the pudding of the album’s first track, “Every Lie I’ve Ever Been Told.” It begins with cymbal crashes and bright electric guitars while the lyrics lament the danger of lies. After the eight bar intro, the band kicks the song into high gear and it is evident that Darth Nater has come to play. A guitar riff that sweeps through arpeggios sound like a mixture of contemporary jazz and folk/rock. Think Mountain Goats after they studied at Berkley School of Music. The lyrics become more tongue-in-cheek, and frankly, down right hilarious, as Noworyta fills the song with every age-old adage in the book. One that sticks out happens to be, “Smoke pot and die/ Have sex and you’ll get aids. And die.”

The upbeat attitude towards life’s inexplicable troubles continues to be a theme for the brainy lead singer and vocalist through out the album. Track three, “Brimstoned,” takes aim at religion, or the lack of belief in one. Noworyta starts the track off with the line, “The devil is my best friend. We hangout every weekend.” The song then soars into a beautiful chorus, upbeat and shiny, as the waive of realization about how great of a friend the Devil can be washes over the character. It is not malicious or satanic. Only down right hilarious.

At one minute and forty seconds in length, Untruth‘s shortest song is “Coexist.” A punk-styled tune that blends elements of Andrew Jackson Jihad’s lyrical styling with Ezra Fuurman’s ferocity, is a struggle of the two differing view points among American citizens. The first half of the song relates the story of someone on the left, as he sings, “Doxx your local neo-nazi and look the other way,” along with one of the best lyrics of 2020 so far, “Their swamp monster holler will give your ears cholera.” The opposite point of view is taken in the second half of the song. Noworyta highlights the shortcomings of those who, “Regurgitate large quotes from books I’ve never read/Come on deep thoughts impress the ones I love.” The song builds into a storm of a climax, which aptly coincides with the aggression both sides have towards each other, but it ends it a sweet and melodic come down.

The album on a whole is nothing short of excellent. Musically, the playing is fantastic and the arrangements are refreshing and unique. The lyrics stand in a field of their own. Smart, cunning, and extremely clever, Noworyta has penned an indelible mark on the Buffalo music scene.