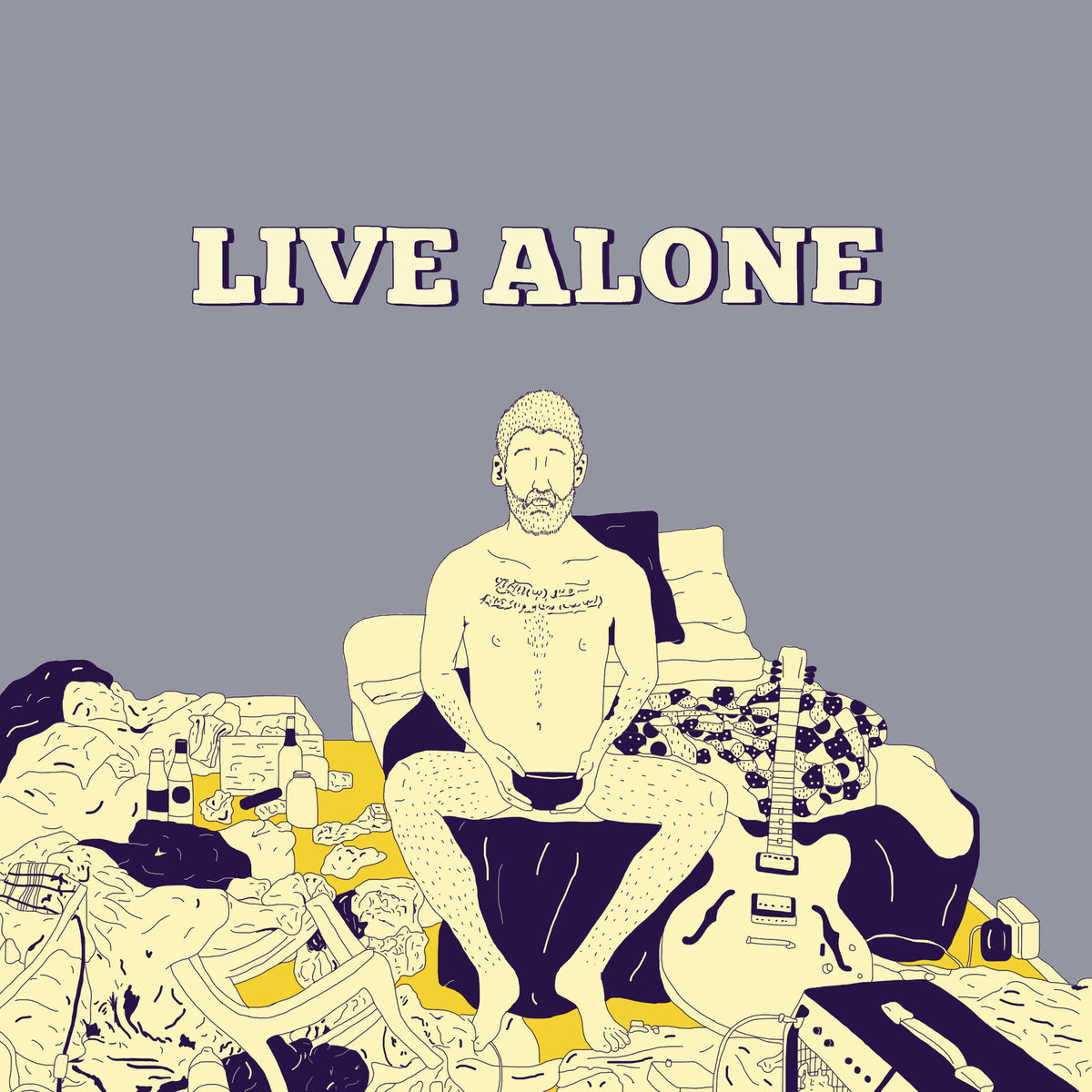 Alongside other Albanian groups like Coupons and They Are Gutting A Body of Water is County Mike, a new, mysterious one-man-band fronting a near lo-fi sound that flutters comfortably within the boundaries of alt-folk. The man behind the mask (and beard) is Michael Campana, Jr. I’m not sure if County Mike is a reference to Campana’s possible declaration that his body is his to govern, to control, or if he simply feels pride toward the county within which he resides – a more rural take on the subject. Regardless, County Mike’s Live Alone comes across as tender storytelling lullabies both confronting and skirting commonplace issues we all know and love.

The first tune is “Watching/3 Years.” Campana’s voice is crystal clear amongst somber electric guitar arpeggiation. There’s a little bit of crackling going on. Soon enough, Campana kicks it up a notch, performing gentle, quick guitar widdlies. No matter how hard Campana pushes it, the electric guitar remains just under out of control. Track number 2 is called “Internet,” and it begins with vocals and palm-muted guitar. Campana sings, “… so take a xanax and then drink a few down and black out,” even though he admits he knows its not good for you. Oh the things we do to avoid depression. Distortion chokes some of the rusty guitar and an almost sour guitar lick is used to ornament the song until, eventually, there’s a crescendo in both the vocals and electric axe. The song closes with an ahem.

“Wax Romantic” is the shortest song of the EP. County Mike really lays it on with soft vocals and a slow, amorous guitar. There’s not much else to do or say but enjoy the steady easiness of Campana’s kind poetry. “I’m your best friend. Please don’t get dressed yet,” are the lines giving closure to “Wax Romantic.” Song 4, “Bathtub” starts off with a small stammer. The electric guitar seems to melt as it hits your ears. It bounces between nervous fingerpicking and an almost angry chord progression. The song is about being with partners you don’t necessarily feel that smitten to, or being in situations leaving you gypped.

“Tall Chick” is the next song on Live Alone. This song is the most upbeat of the collection. The guitar is close to drowning out Campana’s faint vocals and pretty falsetto. As one might assume, “Tall Chick” is about tall woman appreciation – their thighs, their clothes, etc. Yet, the song becomes a pun as Campana points out that although he and said tall chick could be in love, they will never see eye-to-eye. Stunning. The closing number is called “The Drawer.” The usual County Mike ensues – a light, clean electric guitar riff supporting vocals. Campana claims he goes to a friend’s house, who cooks for him and owns a place where he gets clean from “… all the pills and booze [he] drinks.” As he speaks of shortness of breath, a claustrophobic diddling occurs. Sadly, the EP ends with Campana dwelling upon old love.

These tunes are attuned to feelings passed on by groups like  Secret Stars, an acoustic Manchester Orchestra, and Ida. Stream Live Alone below, or purchase it here.