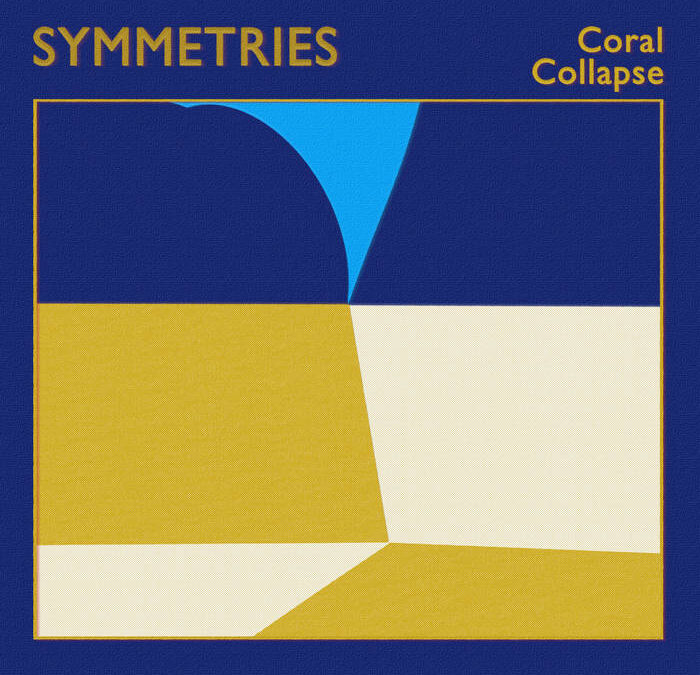 Rolling in like a fog over the surface of a lake, Symmetries by Buffalonian band Coral Collapse came at the perfect timing. Just as the world begins to open up again, Symmetries oozes the sweet sensation of a new day; not only does it sound like a new morning, but a fresh start with the people you love.

Coral Collapse originally banded together in 2015 and have been going strong ever since. They’ve dropped three singles, an EP, and an LP outside of Symmetries… This one is different though. I’m not going to lie, after hearing Symmetries in its entirety, while their other releases served as a great foundation of roots for Coral Collapse, it’s evident that we’re witnessing their “blooming” as a band. They’ve blossomed into a force of dream pop to be reckoned with.

The intro track and lead single, “Graves,” features an incredibly wholesome music video shot by Joel Russell & Emily Zielinski; and directed by Coral Collapse drummer Seth Zielinski. In it, a boy scout/camper explores the wilderness with wonder – climbing trees, splashing across partially-submerged wooden bridges, and playing with his binoculars. It captures a real sense of wonder that highlights the importance of life against the otherwise bleakness of the song’s lyrics “We’re falling away to our graves, to our place / We’re falling away to a sleep, without sound.”

Track four “China” sounds like when you’re driving up a sunny winding road and hit that bend just right and your mind and body go into a mutual autopilot. The chord progressions on “Apparition” are goosebumps inducing. Track eleven, “Together,” has a very delicate delivery from each part of the four piece. At thirteen tracks, the album is a true experience – better listened to than read about.

Symmetries arrived March 18th of 2022 via Admirable Traits records, for which they hosted an album release party at Nietzsche’s in Buffalo, NY.