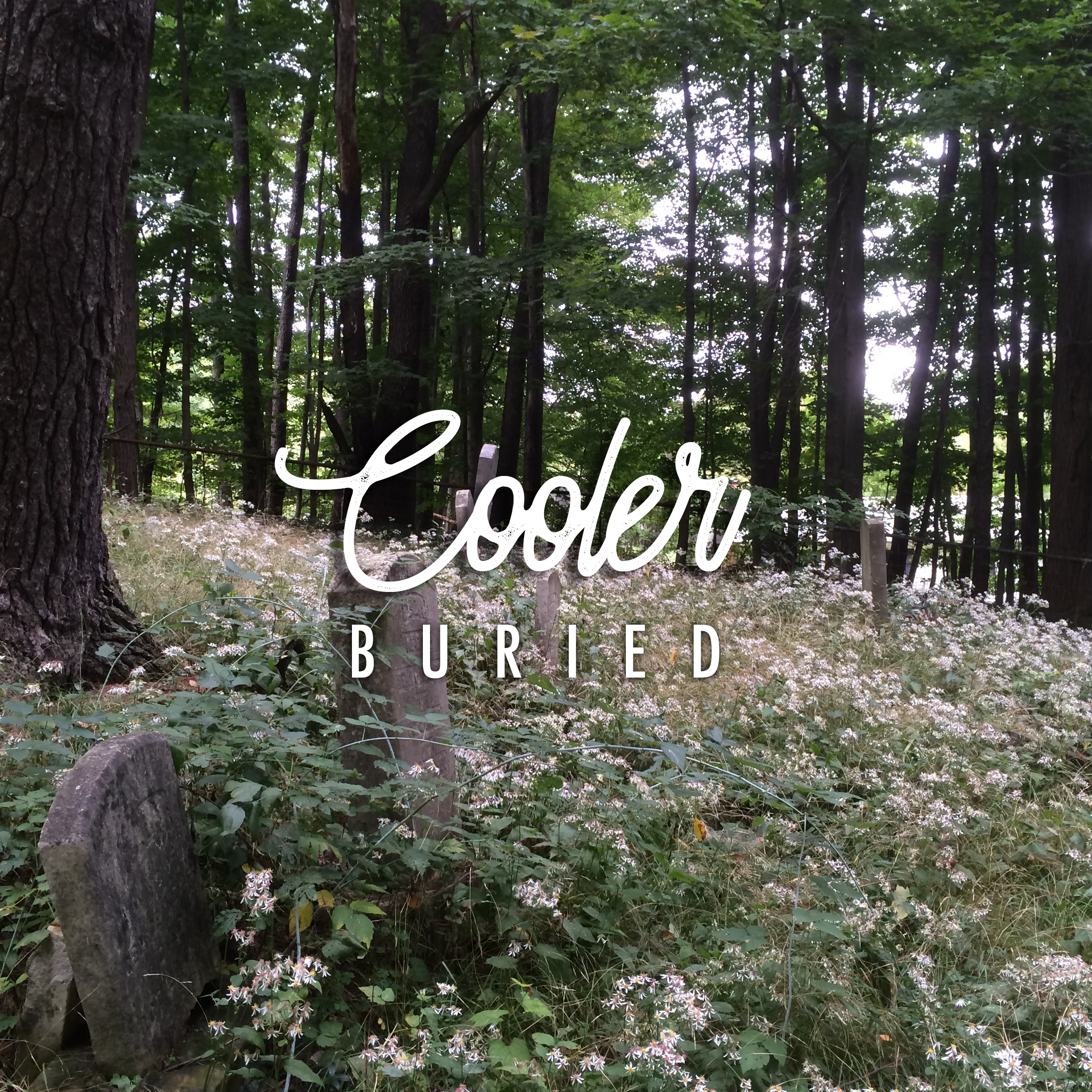 If the late 2000’s were a type of coming of age for the skinny jeans wearing, flatiron worshipping scene kids of the world, right around now is their approaching quarter-life crisis, and Buffalo trio Cooler is here to provide the soundtrack with their recently released EP, Buried. Cooler’s brand of indie-emo wears its careful cultivation like a fine wine, funneling that youth-driven angst into rigorous precision, vocal interplay, and a healthy layer of fuzz. As the band’s third release, it’s clear they’ve shot through the polite awkwardness of a new band learning their way and are joined at the head in a synchronicity that’s iron-tight.

The EP shows off modern emo as multidimensional, if not more accessible to the mainstream. Through its five tracks, the band broods over a complex array of emotions, each with their own individual flavor and essence. “Will-o-the-Wisp” starts the ball rolling with hearty group vocals, vibrant guitar lines, and full-bodied distortion. Its melody takes on a nostalgic quality that us grown up scene kids will immediately latch onto.

Next up is “Buried,” a title track that’s as much a breath of fresh air as it is an act of distancing. Co-vocalist Alley Yates’ croons take on a pleading quality, as she illustrates an anxious internal struggle over responsibilities and and the urge to withdraw from it all.

The tone stays temperate for another track with “Thank You,” an ample balad dedicated to the embodiment of our personal demise. The aural clarity flows seamlessly into haze, trading faces from smooth to serrated guitar strains while the easeful vocals press onward. By track four, that edge is back with full force, layering fuzz guitars with unwelding vocal lines and cementing percussion.

A song about bracing for a storm, “Maelstrom” sonically takes on that agitation and release in a heady combination of summit-like melodic phrasing and crass instrumentation. The EP closes out on an equally strong note, giving nods to old school Weezer and taking no prisoners through and through.

“Quadrillion” seems to encapsulate what we’ve grown to love about Cooler. The unhindered vocal pairing, the staunch guitar tracks, and the unrelenting percussion to drive it all home.

Cooler has shown an impressive ability to reveal a new layer of complexity and emotion with each release, and Buried is no exception. They know just how to spin a post-punk vigor with alternative discipline and indie rock soul-baring. Which then begs the question, what can’t this band do? Get acquainted with the EP below, or hit up Cooler’s bandcamp for a limited edition cassette if that’s more your scene. 2018 is off to an exciting start for this group, and we’re looking forward to seeing where the rest of the year takes them.