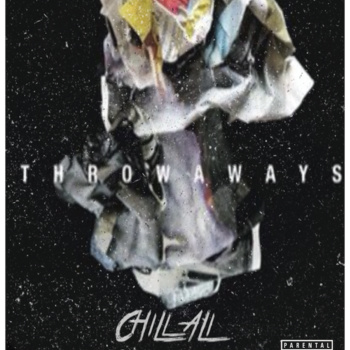 There are so many different styles in hip-hop, but there’s always refreshing about songs that take a personal, narrative approach. Buffalo hip-hop artist Chill Ali flexes his empirical muscles on T H R O W A W A Y S, a mixtape of tracks that didn’t make the cut for his upcoming album #FREEYAMIND.

One of the standout tracks, “Shit on You,” is Ali’s description of his special relationship his boo. Over a chill instrumental, Ali talks of how superior she is to the other ladies. It’s honest and genuine. He even goes as far as saying he wishes for her every night at 11:11, which is not only a cool bar, but also pretty damn meaningful because there’s so many things to wish for. “Fake 1z” is a gripping story about chasing success and avoiding betrayal. No spoilers, but it’s an impressive feat in songwriting and a track that I can’t believe isn’t making it on the album. It definitely could be “The Firm” influenced.

There’s also a snippet of “Gone,” that I’m presuming we’ll eventually see the full version of on #FREEYAMIND. Backed by a great beat from D.R.U.G.S,  and a catchy chorus from Ali, it’s a song that I’m looking forward to checking out completely. Check out the album stream below to preview more of Chill Ali as he readies the release of his debut album, #FREEYAMIND.