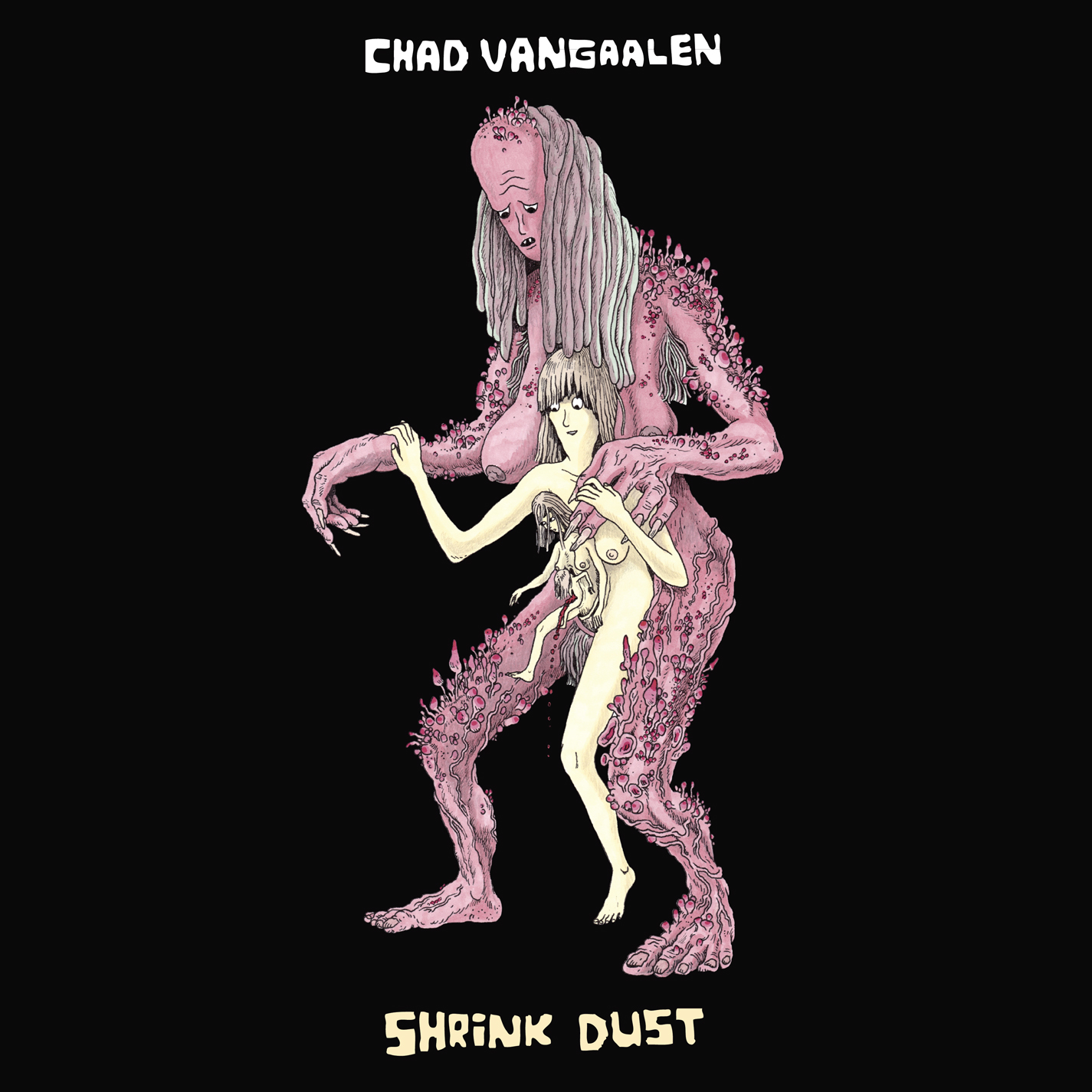 As a newcomer to the land of Chad VanGaalen, Shrink Dust is quite the brazen introduction to the Albertan singer-songwriter’s musical ethos. Known for his imaginative lyrics, full of sci-fi world-building, offbeat preoccupations, and demented wordplay, VanGaalen is on his fifth full-length oddity with the Flemish Eye record label. A compelling cross between OK Computer-era Radiohead and the delicate indie-folk of Daniel Johnston, VanGaalen’s approach feels both richly realized and disarmingly sincere.

His latest work is awkwardly arresting from its starting lyric: “Cut off both my hands and threw them in the sand / Watched them swim away from me like a pair of bloody crabs.” The starting track is a mild ditty, however, compared to the howling desperation of its follow-up, the drum-driven “Where Are You?”.  After a bit more experimental dabbling, the album quickly backs away from immediate Radiohead comparisons, blending the countrified with the psychedelic (VanGaalen claims The Flying Burrito Brothers as an influence) on several songs.

The chill Velvet Underground jangle of “Evil” breaks into the reverberating garage rock of “Leaning On Bells.” “All Will Combine” floats toward transcendence with Peter Bjorn and John-style rhythms and a bridge sounding surprisingly similar to something MGMT might have made. Ultimately, however, the surreal folk-rock of Shrink Dust is entirely VanGaalen’s show. Whether physically transforming into a “Monster” or addressing a “Cosmic Destroyer,” VanGaalen is the imagistic lord of an intergalactic mosaic.