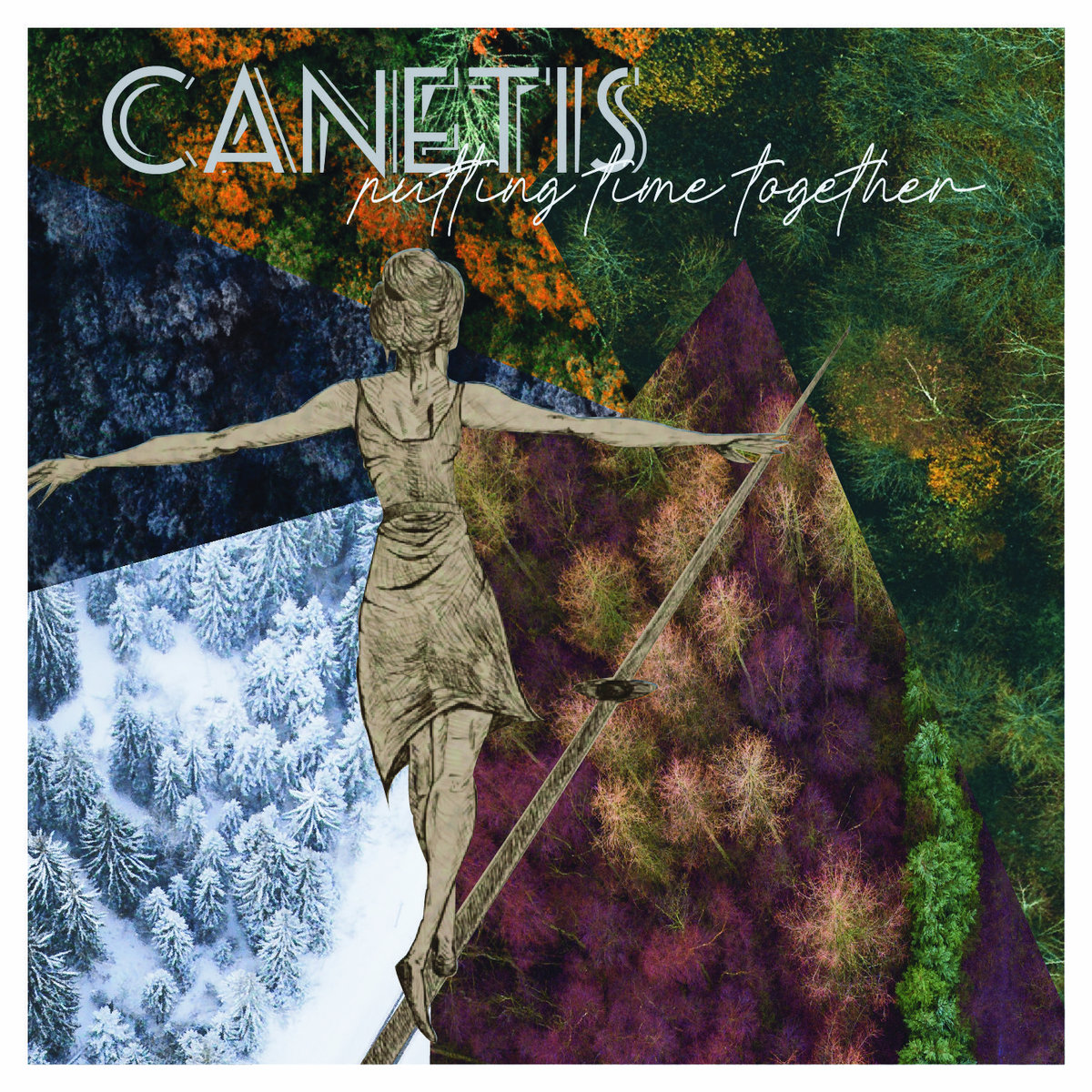 Things have been quite hot for newcomer Buffalo band Canetis. In short, the indie. alt-rock band formed in 2018, released their first single in July 2019, and have recently come off a raucous release show for their EP Putting Time Together. On first listen, their alt-rock sound becomes quite apparent, as well as the excellent execution of sophisticated song structure. Canetis have come to play.

The first track off Putting Time Together is “Double Take,” which introduces the album with a four bar build of drums and long guitar tones. It breaks open into a syncopated guitar riff played with a palm mute. East Bay punk, Rancid and NoFx among others, popularized the fuzzed out guitar groove and lend influence throughout Putting Time Together. The transition into the chorus swings the song from groove to powerful ballad style rock and roll. Lead vocalist Brendan walks the tight rope to connect the two pieces, and he succeeds.

The East Bay punk influence pops back up in track two, “Hindsight.” From the get go the guitar blasts through a riff reminiscent of Eric Melvin, and when the tight high-hat storms in, the song turns into a sonic tornado. The closest reference is the Blink-182 blister of a break-up song “Always.” As they move at hyper-speed, the layered song structure does not reduce, nor does its near perfect execution. Though the fast and complicated combination has been done before, Canetis retain the stripped back tone synonymous with indie., and its a definite refreshment.

“Echoes,” aptly titled, pumps the breaks and offers variety with its sweep of a picked guitar riff. Vocals come in over the fuzz effected guitar, and keeps the tone ominous as he begins to tell a story of redemption. “Heading to the promise land/If anyone needs a lift,” is sung as the drums kick in and you cannot help but take the aforementioned trip. The track blossoms beautifully and we hear the full range of vocals through richly layered harmonies that come across as a genuine yearn for something better. As good as Canetis is at technical structure, they are just as adept at the emotional side of music.

The last track on the EP, but the first single released, “Warning Call,” acts as the Optimus Prime of the collection. Each avenue explored in the previous songs combine to form the true entity of Canetis. A dissonant intro of a picked guitar riff and asymmetrical drum beat play off each other until they seamlessly mesh and steadily build. Able to take the song to the next level, it holds back, and reverts to an upbeat drum groove, over which vocals enter with the most poppy melody of the EP. When the chorus comes around, Canetis lets loose the reins. The hook propels the vocals and drum groove into the atmosphere as guitar enters for additional rocket fuel. The track has elements to dance to, as well as a memorable chorus that is sure to rattle around your head for the for-see-able future.

Canetis is red hot right now, and they show no signs of slowing, as their upcoming shows include a December 26th at Nietzsche’s and Rec Room in January 2020. Catch them while you can.