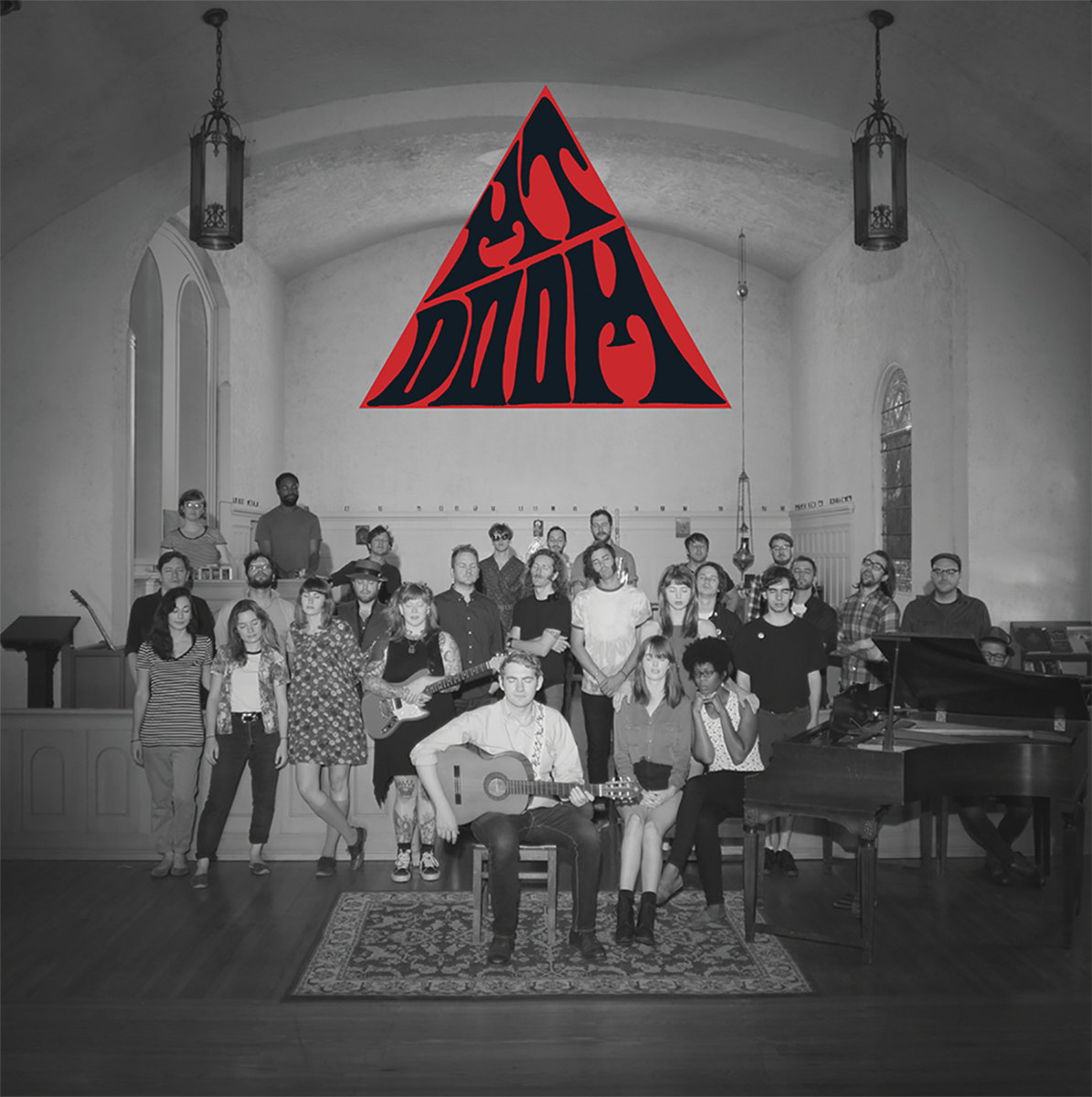 Rochester is a great city to be a musician nowadays. There is no shortage of fellow musicians, like-minded individuals, and just general support of the arts, and Ben Morey knows it. Though initially planned as a solo album, Morey’s latest–the brilliant and grandiose Mt Doom–fully utilizes this exceptional network of people, a near countless number of musicians coalesced  into what might be considered the city’s greatest supergroup–The Eyes. Featuring contributions from members of just about every prominent act around Rochester, Mt Doom brims with ambition and sparkles with creative influence. Though the album’s official release was over a month ago, physical copies (vinyl and tapes!) begin shipping out next week, so what better time for an album of the week feature?

After listening to Mt Doom a few times, it is difficult to imagine the songs as the lo-fi 4-track recordings they were originally slated for. The album is home to some of Morey’s most extensively developed material, from sprawling hills of instrumentation (horns, harps, strings, synths, etc.) to the 60’s-tinged multi-part vocal harmonies. And surprisingly, none of it is overbearing. Gentle harp dances hand-in-hand acoustic guitar on “The Hill,” weepy steel guitar and piano sit nicely on hopeful folk-rock number “New Life,” and the doo-wop inspired vocal harmonies on the album’s gem of a love song “Black Jacket” are nothing if not wholly appropriate.

Instrumentally, Mt. Doom seems like something of a defense mechanism, an illustration of the utopia-like dream world we’d all like to find ourselves vacationing to. But thematically, the album paints a different picture. There is a very poignant awareness in the lyrics, an awareness of our world’s current state of affairs. “I got my TV and my radio, a screen or two / got all these voices shouting at me / nothing sounds like the truth,” sings Morey on “Been Gone,” perhaps a nod to the myriad “sources” of information in an increasingly divisive political environment. This situational awareness is peppered lyrically throughout the album, and though born of internal dissension and modern disbelief, Mt Doom presents these themes beautifully, as if in a dream. Juxtaposition at its finest.

Crediting each and every musician featured on the album would be a paragraph in and of itself, so you’ll just have to snag a beautiful blood-red vinyl copy of the album via City of Quality records, which contains a booklet with lyrics and photos of the recording process. If vinyl isn’t your bag, tapes are available from the much-revered Dadstache Records for a nifty price of just five bucks. And for the minimalist, digital downloads are available on Ben Morey’s bandcamp page.