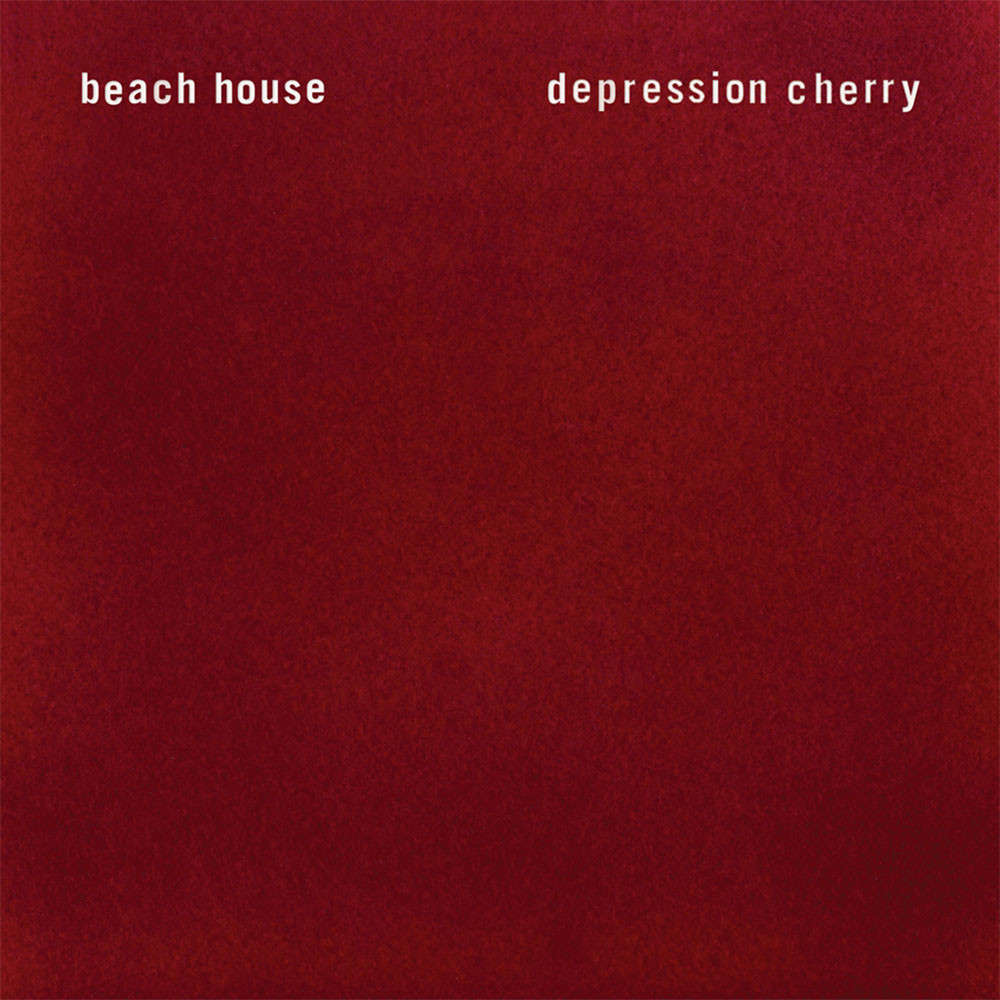 At this point, you really have to hand it to Beach House. With a decade under their belts, the duo of Victoria Legrand and Alex Scally have managed to constantly put out well received material, drawing clear shoegaze influence and crafting it into their own dreamy, synth soaked sound, all while managing to create something special on each release.

As my listen counter of the band’s newest release, Depression Cherry, began to rack up, I noticed something: this band has done an absolutely incredible job with recycling the same sound for their past four albums. No one has seemed to bat an eye as Beach House reuses their instrumental style of dream pop release after release, droning backing organ chord by droning backing organ chord, programmed drum beat by programmed drum beat. That being said, while their instrumentals have remained stagnant for the most part, the duo seems to have shown an incredible increase in talent in songwriting, each release seemingly more critically acclaimed than the last. Hailed by most as one of their best, the duo’s 2012 release, Bloom, seemed to be a tipping point of my opinion of the band as a fan.

From the beginning of Depression Cherry until the very end, this whole record just sounds exactly like Beach House. That may be an odd way of putting it, but even after around 20 listens, I am having trouble finding anything special that separates it for the band’s previous outputs. Sure, the pair brings new synth sounds and new programmed drums, but the layering with the dreamy vocals and repeated guitar arpeggios on multiple tracks, consistent with the band’s trademark sounds since their inception, leaves each song sounding just a little too similar to the last.

The craziest thing is, after all, this still isn’t a bad record. The quintessential sound that the band has created has managed to stand the test of time, so far, and for now continues to do so on Depression Cherry, for the most part at least. While the sound is so blatantly recycled on tracks like “PPP” and “Wildflower,” there are some standout moments on this record that make me feel like all is not lost. For one, the incredible vocal hook paired with the wailing guitar on the second track “Sparks” had me singing along from the first listen, which is something that I had never experienced with a Beach House track before. Also, the standout stuttering electronics throughout “Bluebird,” the groovy Future Islands-esq bass line on “Space Song,” along with Legrand’s signature croon throughout the record all created the feeling that the band still has places that they have not fully explored musically yet, and does not need to fall back into their recycled sound. Had they explored more into these fresh ideas throughout the record, the record wouldn’t have been revolutionary, but it would have come as not only a welcome change, but a seemingly necessary one.

Depression Cherry has clearly left me with mixed feelings.  Does the duo still have “it,” the very “it” which made their music critically acclaimed in the first place? Yes, they do. Simply put, though, “it” just seems to be getting old at this point. After 10 years, the fact that there are no other active dream pop bands that draw stylistic comparisons to the duo, and are comparable in popularity to Beach House, is no longer enough to keep them in the spotlight. If they want to create more near masterpieces, as some of their previous albums have been, it’s time to undergo some stylistic changes to their instrumentation. Depression Cherry just seems like the nail in the coffin that “it” is no longer working, at least for me anyway.