Another M Gets a Clean Rerelease from Sammus 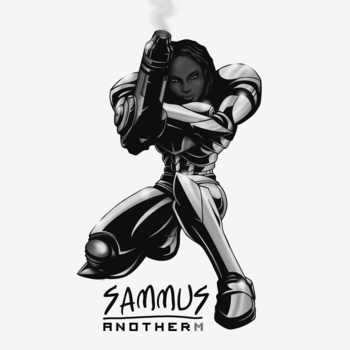 In June of last year, female rapper and Ithacan Sammus dropped Another M, a project reimagining the tale of classic video game character Samus Aran. The main character in the Metroid series, Samus was the first female protagonist for many gamers. Samus’ identity was ambiguous as she marched through the game, defeating anything in sight on her path of heroics. The artist Sammus drew parallels between herself and the character that had surprisingly profound affect of gender stereotypes on Another M. To kick off the new year, Sammus gave us another chance to discover a very cool, yet powerful project with a release of the clean version.

The production of Another M has a distinct video game feel to it, a testament to Sammus’ past venture as a producer for games. It’s filled with arcade synths and blips and bloops, along with noises that sound just like action queues in a game. It’s as if each song serves as a different level on the project, creating a perfect atmosphere for Sammus’ confident flow to deliver lines on everything from feminism, pop culture, and other video game references. This is all while staying true to the project’s retelling of story of Samus Aran.

Sammus mixes these elements particularly well on tracks like “Mae Jemison,” the namesake of the first African American woman in space. Sammus is able to smoothly close out a women-power chorus with Dragon Ball Z Budokai reference. “Power-Ups” is an ode to everything that Samus is able to do, female or not. On “Crown,” Sammus even flexes from pretty impressive singing chops as she condemns those who have wronged our hero. “That Feeling” is the perfect closer to the project, a celebration of completing Metroid and  Another M cheering “I love that feeling when I beat the game,” in between those declarative verses with lines like “Before you ask I don’t need a man, my work is kicking ass call me Mia Hamm.”

Another M is special in it’s ability to weave together drastically different themes into a cohesive project. It’s about a particular video game character, women power, pop culture, and the ability for certain video games to project themselves onto our lives so perfectly. Sammus drew inspiration from the trailblazing Metroid, one of the first games that sought to transcend as well as be enjoyed. It’s a powerful piece of art, and one that Sammus should undoubtedly be proud of. Peep the project below, as many can have a strong connection to it.