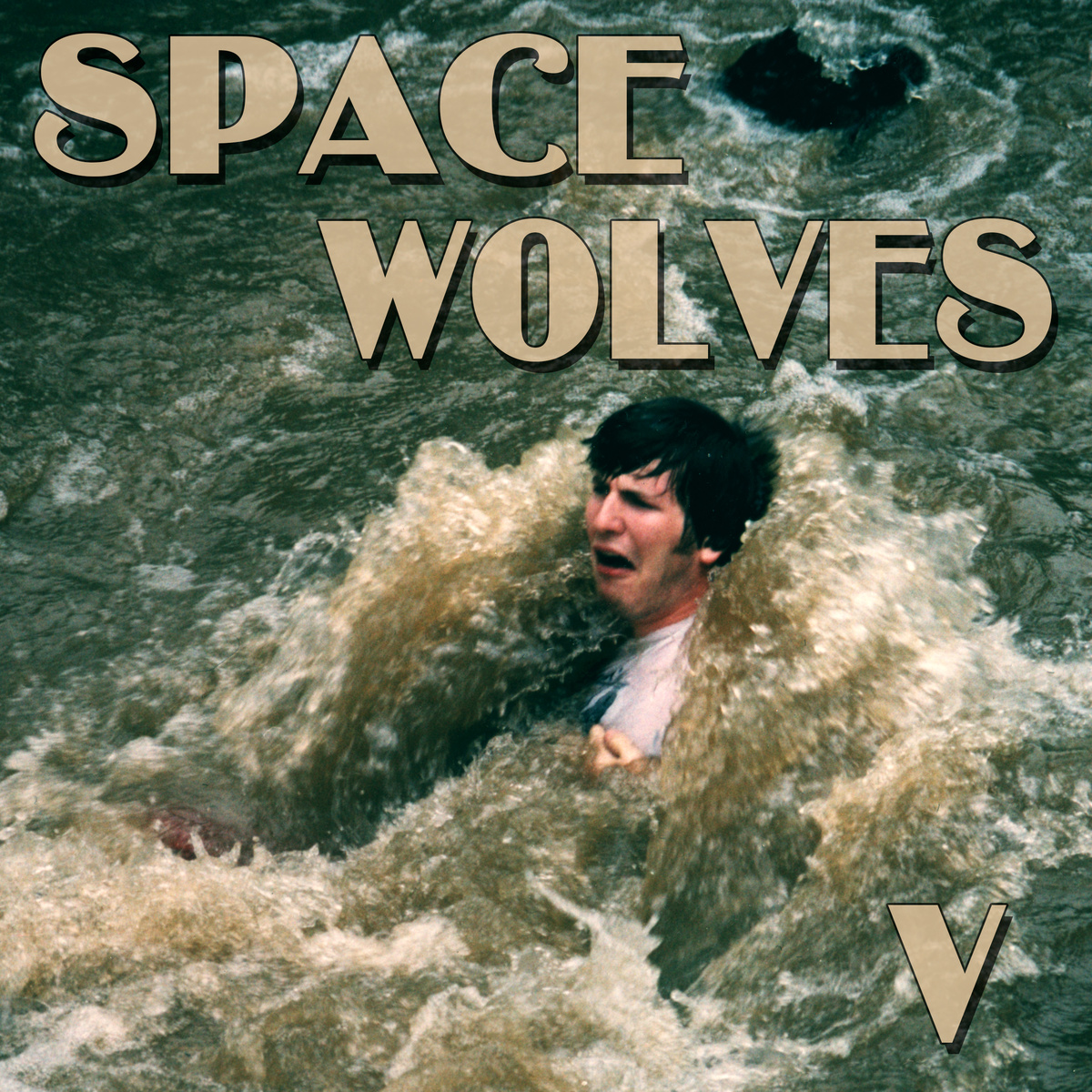 There is something honestly comforting about Nick Reynolds’ guitar playing. It suggests an alternate world of infinitely catchy pop rock where everyone is walking down a sun filled street whistling Space Wolves. Given that Reynolds’ lyrics are as angst ridden as his guitar is bright and chipper makes it all the better. On Saturday, Space Wolves released their 5th full length, appropriately titled Space Wolves V, after an almost two year hiatus. The duo has returned as if they never left, with no loss of their original immediate appeal.

I find it sometimes very difficult to write a review of music like this,  harboring personal suspicions that magazines that run 4 sentence reviews have it right in general. This is not a dig against Space Wolves, far from it, it is meant to underscore that this tape’s pleasures are simple and immediately apparent (again in my alternate world where everyone fills sunny streets in Space Wolves’ t-shirts). The two piece is the sonic equivalent to a Josef Albers print, pop rock boiled down to its essential building blocks and reshaped into nearly infinite variations. Nothing more and nothing less, this is all that is needed for their songs to work.

The tape itself is short, the longest song being only 2 minutes. I am  convinced Nick Reynolds has extensive reasoning behind this, I am also sorry I never thought through the Japanese comic recommendations he asked me for several years ago (sorry Nick!). Over the past two years, Reynolds has seemed more occupied with his surf rock group, Aaron & the Burrs and the bleed over between the two projects seems more apparent than on previous Space Wolves’ releases. “Stormtrooping”  and “Don’t Look” are the most ready examples of this spillover, slightly eschewing the formula employed throughout for more of a straight surf-rock sound. The songs race forward with Chris Scammura adeptly keeping pace with Reynolds’ melodies and choirboy vocals. Songs like “Gloom,”  “Every Day,” and the mildly troubling “My Gun” suggest a certain dark lyrical undercurrent hiding behind the sunny guitar chords. This is pop music for the sad set.

Again, I find it hard to initially expand on what I find so appealing about Space Wolves V, the music is so simple and catchy. However, as I think it through, this simplicity is what I find so appealing, it doesn’t need anything more than what it already has, it just is. I am going to leave it at that before I sound too much like a zen koan. You should probably go listen to Space Wolves V.