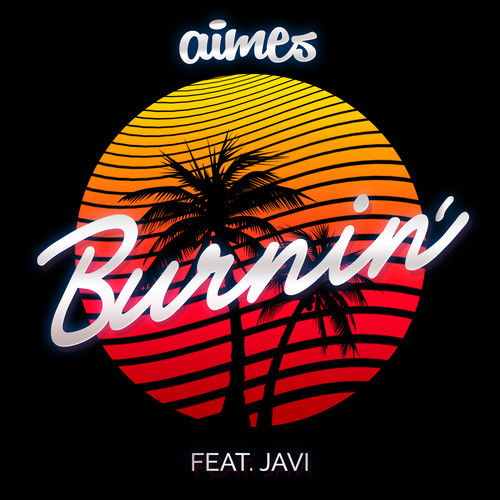 If there is one thing DJ/Producer AIMES can do, it’s make you move, whether it be on a crowded festival, an intimiate basement afterparty, or in this case, the buffaBLOG office. The  Alabama-raised, Brooklyn-based Italo spinster has kept busy since last last spring’s On Holiday EP.  His latest single, “Burnin’,” is in the same realm of his numerous Maserati-Disco anthems (is that a term? that’s what it sounds like). “Burnin” begins with 80’s arcade (not chip-tune) cruisin’ Miami synths  which soon leads into 4/4’s pounding the kicks easily syncable for dance floor groovin’. The track evolves into something really special once up-and-coming Javi joins AIMES’ slow building banger.  “Burnin'” is the first single off of AIMES’ forthcoming release via Wonder Stories and can be downloaded for free now.