200 Kids Outside Drop Off Neetchy’s The Old Me 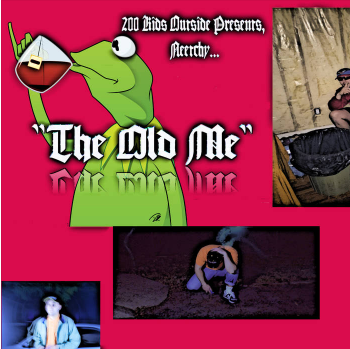 200 Kids Outside is one of the most interesting rap acts in Buffalo. The duo usually features Neetchy on the mic with Minel covering production, though on this tape much of the production is handled by Neetchy. Neetch is a melodic rapper, at times straight singing, with lyrics that ride from tongue-in-cheek to romantic, stopping in many places in between. The group last hit us in the winter with Y’all Need a Drink, and kicked off the summer with Neetchy’s mixtape The Old Me.

The Old Me is in primarily Neetchy’s work, though Minel does production and mixing on a handful of tracks. It kicks off with “Did You Wrong,” a pretty awesome Minel production. The wonky accordion beat is perfectly offset by the smoothness of Neetchy’s vocals. His subject matter on a lot of tracks is heavily influenced by love, as is the case here. The iconic “It’s Neetchy” ad-lib is nice to hear on the intro as well. Neetchy’s first piece of production comes on the second track “Baeblade,” and is built upon some subtle Yung Gud-esque fluttering synths. It’s a muted anthem, relatively soft in sound but with a chorus in which the “haters heads are spinning like a Baeblade.”

2KO is great at grandiose, layered production, but here on “Neetchy Baby,” the clarinet sample is essentially the majority of the beat, and it rides for an awesomely long time. It’s a cool change of pace. One of Neetchy’s funniest lines is on this track too, the humble brag “I’m in the beamer going 55 miles per hour,” which is probably second only to “3-D’s” “I walked into the Gucci store, had no money, walked right out.” Elite.

2KO covers a ton of different sounds on here too. “In My Car” features some of that high-pitched autotune quips and moans we’ve heard from Kanye, $cott and the like. “What They Want” heads off into heavily experimental, with some primal, guttural screaming comparable to Death Grips and Bones. Then there’s “Sunlight” an appropriately bright track crossing some Chance the Rapper gospel sounds with the melody to Passion Pit’s “Take a Walk.” With references to Mr. Sunshine, Neetchy continues his impeccable balance of being a serious artist with a good humor about his lyrics. There’s jokes in the songs, but the songs are never jokes.

That’s kinda the MO for 2KO. It’s at all times high-quality, but it’s impossible to say they aren’t having a blast in the studio coming up with borderline-ridiculous shit to sprinkle into their bangers, anthems, ballads, and whatever other style of track they take on. Hear the hype below.